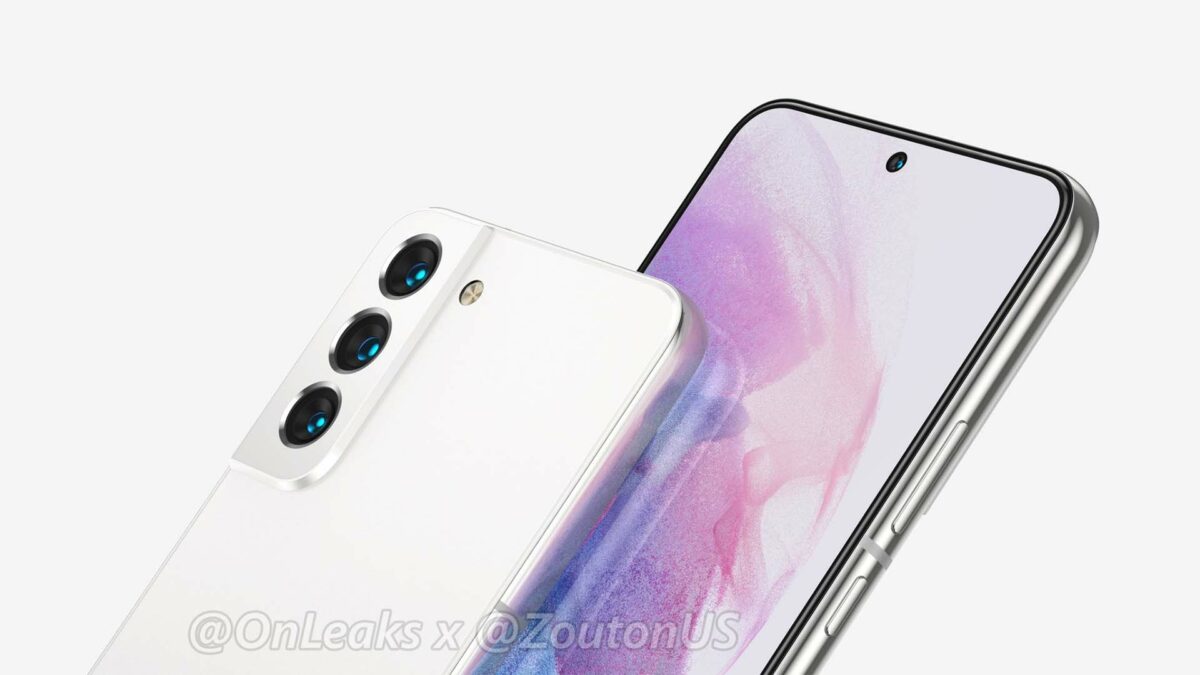 As you can see in the images and video below, the Galaxy S22 seems to have a design that’s similar to that of the Galaxy S21. The device features a 6.06-inch Super AMOLED Infinity-O display, a triple-camera setup with a metal housing at the rear, and a USB Type-C port. There appears to be a loudspeaker at the bottom and the power and volume buttons are on the right side of the phone. The phone seems to have a metal body.

Samsung’s upcoming high-end smartphone is expected to come equipped with the Exynos 2200 processor (Snapdragon 898 in some markets), a 50MP+12MP+10MP triple-camera setup at the rear, stereo speakers, an in-display fingerprint reader, an IP68 rating, a 3,700mAh battery, 25W fast charging, and Qi wireless charging. Of course, the phone will have 5G connectivity and it could debut in January 2022 with Android 12 on board.

It remains to be seen how the Galaxy S22 would manage its much smaller battery (compared to Galaxy S21). Even with power efficiency improvements through a new display and a newer processor, a 300mAh deficiency could mean shorter battery life.