Samsung Galaxy S22 review: A compact flagship that you will love 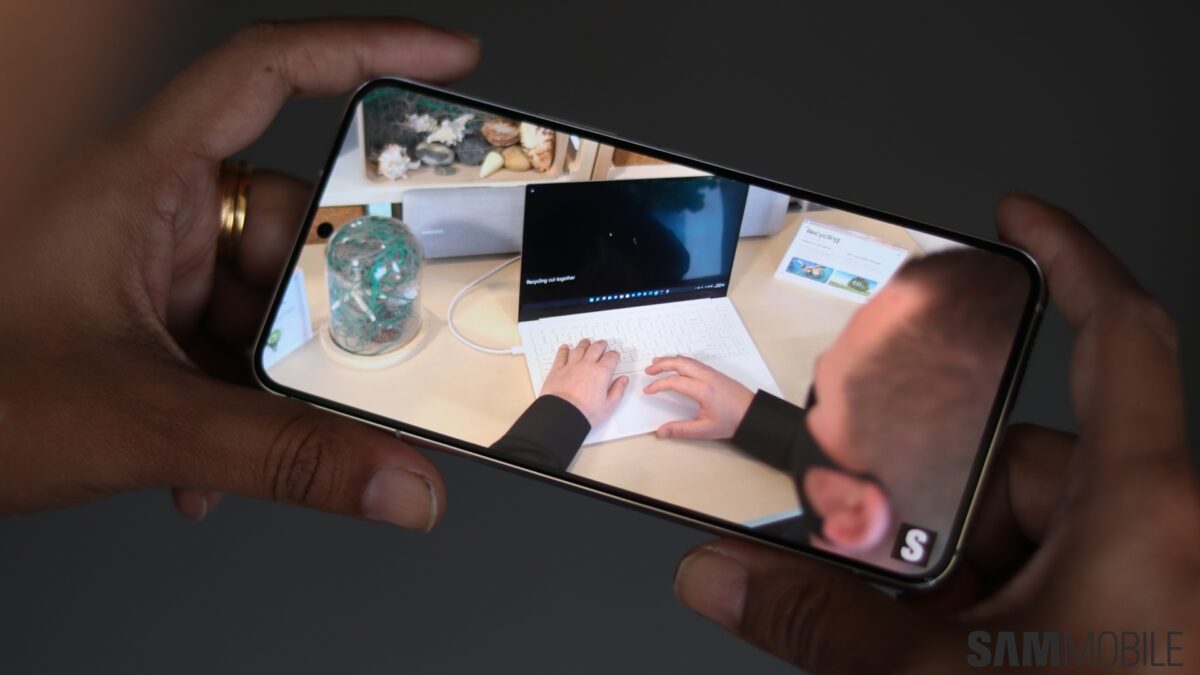 Last year’s base Galaxy S21 model was one of the most affordable flagships from Samsung in a long time (not counting the Galaxy S20 FE or S21 FE). Its $799 price tag made it an attractive proposition, though the phone’s small size meant it was for a specific target audience, one that loves small phones but doesn’t want to miss out on flagship features.

And, this year, Samsung is going even smaller with the Galaxy S22. It has a 6.1-inch screen instead of a 6.2-inch panel as we saw on the Galaxy S21, but thankfully, apart from a smaller battery, Samsung hasn’t taken anything away from the spec sheet. On the contrary, there’s a new 50MP main camera along with a proper 3x optical zoom camera, and the back of the phone is glass this time around instead of plastic.

The Galaxy S22 comes with a Snapdragon 8 Gen 1 processor in most markets and Samsung’s new AMD-powered Exynos 2200 in Europe, and I’ve had the chance to test out the former these last couple of days. And I have to say I’ve fallen in love with it, and if you love compact phones, just skip right to the verdict. If you need help deciding if this is the right phone for you, well, let’s get started with the review. 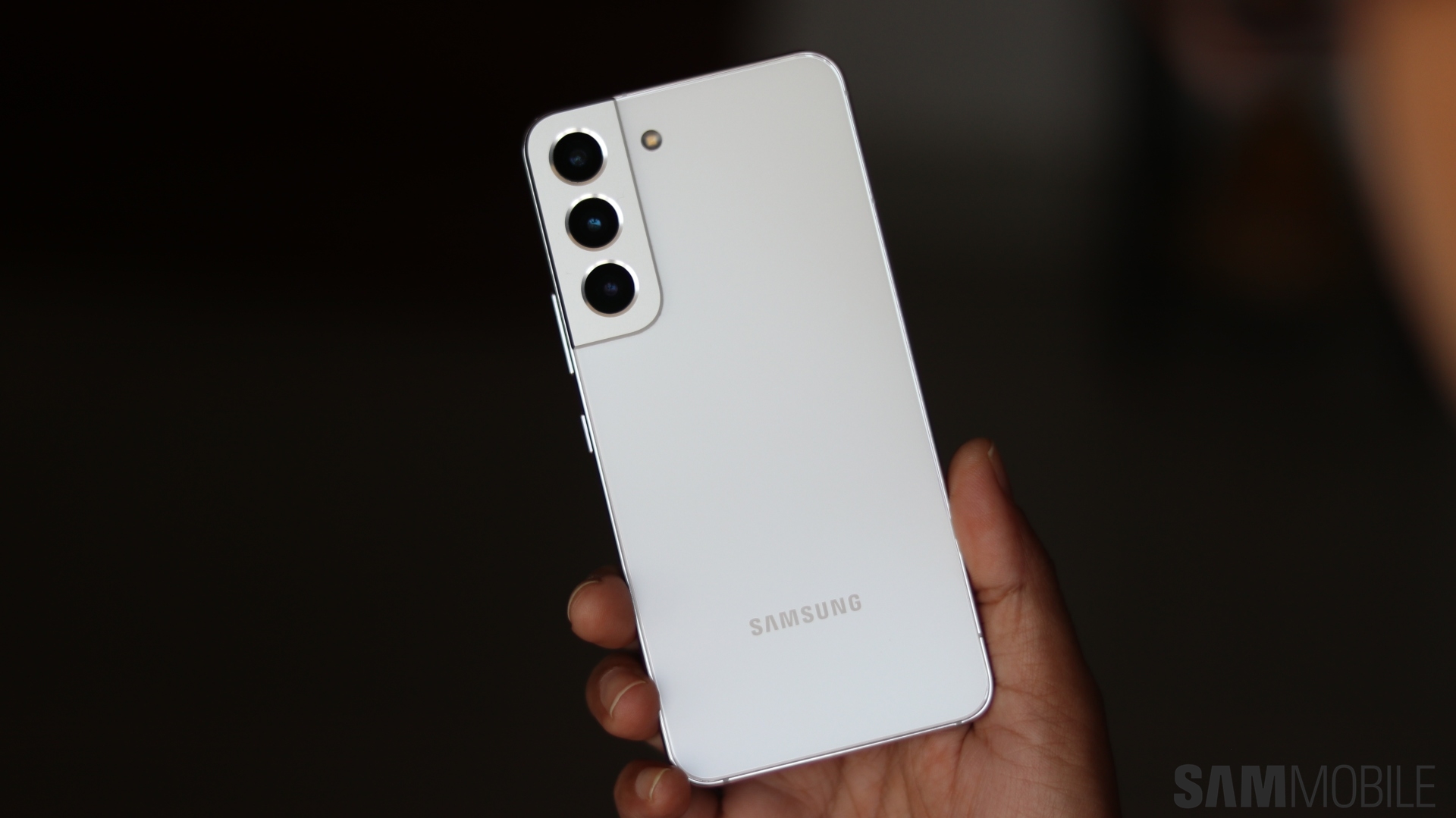 The Galaxy S22 has a premium design that’s as good as the larger models, because this time around Samsung is using glass on both the front and back. It’s Gorilla Glass Victus+, in case you’re wondering, and the metal frame is what Samsung calls Armor Aluminum, which is basically the strongest metal frame the company has put on its phones yet and made its debut on the Galaxy Z Fold 3.

Now, while the S22 is premium because of the glass back, I think I would have loved to see Samsung sticking to using plastic. It’s because the Galaxy S22 is extremely slippery. It’s quite compact and easily fits in one hand so yes, handling is much easier, but there were a couple of times where the phone managed to almost slip out of my hand as I adjusted my grip.

Of course, most folks will simply slap a case on it and the problem will go away, so it’s not something I hold against the phone. Plus, even at $799, the S22 is still a flagship and should be as well built as the Galaxy S22+ and S22 Ultra. They’re all part of the same series, after all, and there’s no reason why one of them should have to do with a material that people associate with mid-range or budget devices.

The glass back also helps with better heat dissipation, and that’s an important factor as the new Snapdragon and Exynos chips run rather hot and the small form factor means things are a lot more cramped inside. As you’ll read in the performance section, this phone tends to run hot a lot of the time, and a plastic back would simply have made things worse. 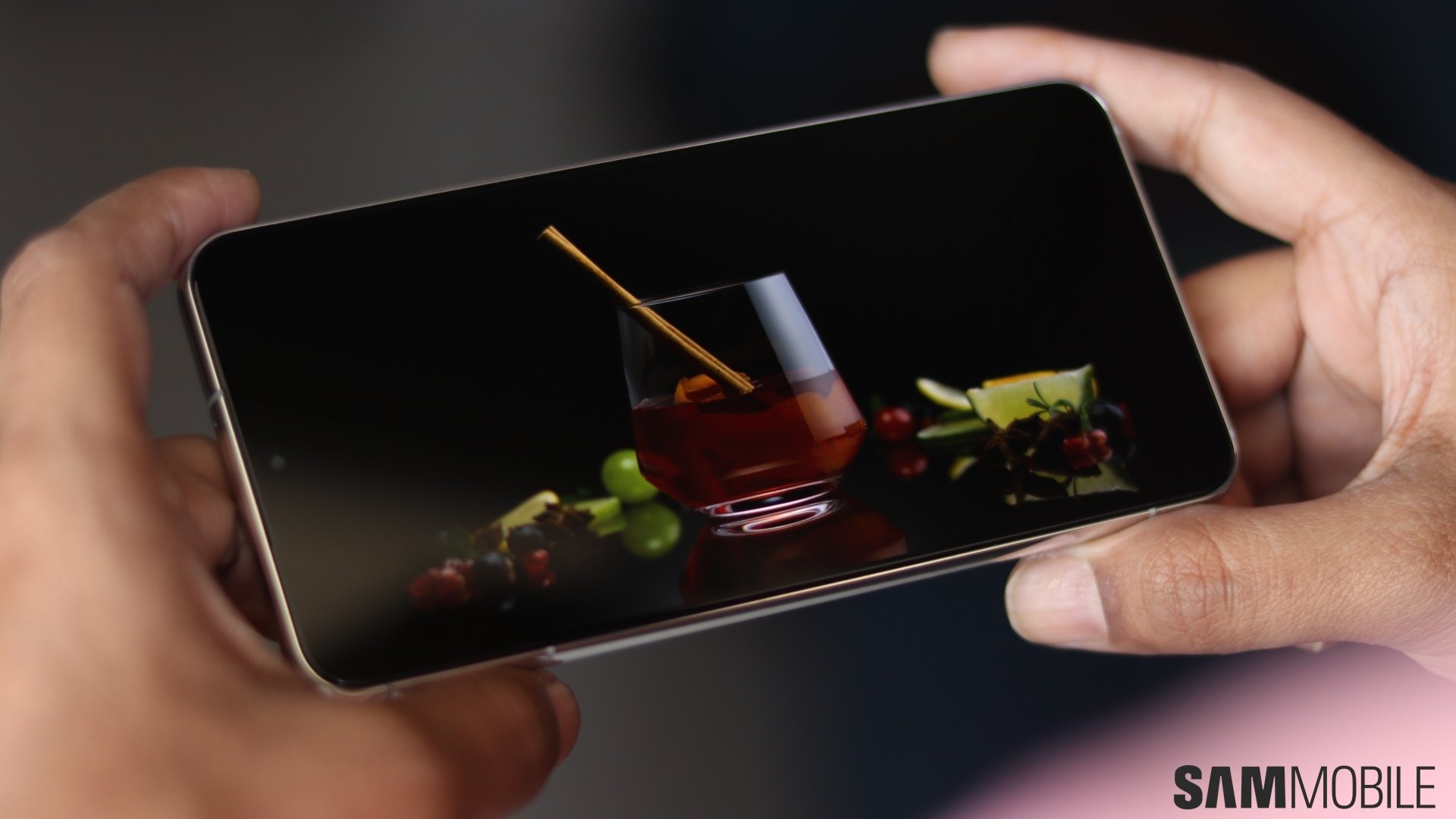 The 6.1-inch display here uses the exact same panel as the Galaxy S21. The peak brightness levels have not been increased, unlike the displays on the Plus and Ultra models, and the refresh rate still varies between 48Hz and 120Hz (depending on what you’re doing and what’s displayed on the screen).

All that said, this is still a top-class display. The brightness levels are never an issue, colors are vivid without being unrealistically so, viewing angles are top notch, and the blacks are truly black. The 120Hz refresh makes for a fast and fluid user interface, combined with the excellent performance provided by the Snapdragon 8 Gen 1 processor.

This is a top-class display

Of course, watching videos isn’t as enjoyable because of the small screen, but anyone looking for a compact device isn’t going to be complaining about that. The same goes for the typing experience, which can be a bit cramped. It’s another aspect of a compact smartphone that you just can’t avoid, though, so again, this isn’t so much as a complaint as something that needs to be pointed out.

As for the ultrasonic fingerprint sensor built into the display, it works great, just like it does on the S22+ and S22 Ultra. Its response is instant almost all of the time, which was not the case with the fingerprint reader on last year’s Galaxy S21 series or the Galaxy S20 series before that.

Talking about audio quality, the Galaxy S22’s stereo speakers sound the same as those on the Galaxy S21 series to my ears. My friend Ben found the S22+ and S22 Ultra speakers to have more clarity, something I didn’t notice, but still, that doesn’t mean you’re not getting excellent sound over the device speakers. The speakers don’t easily distort and can get loud, although they don’t have the kind of fullness and punch as you find on, say, the iPhone’s stereo speakers. 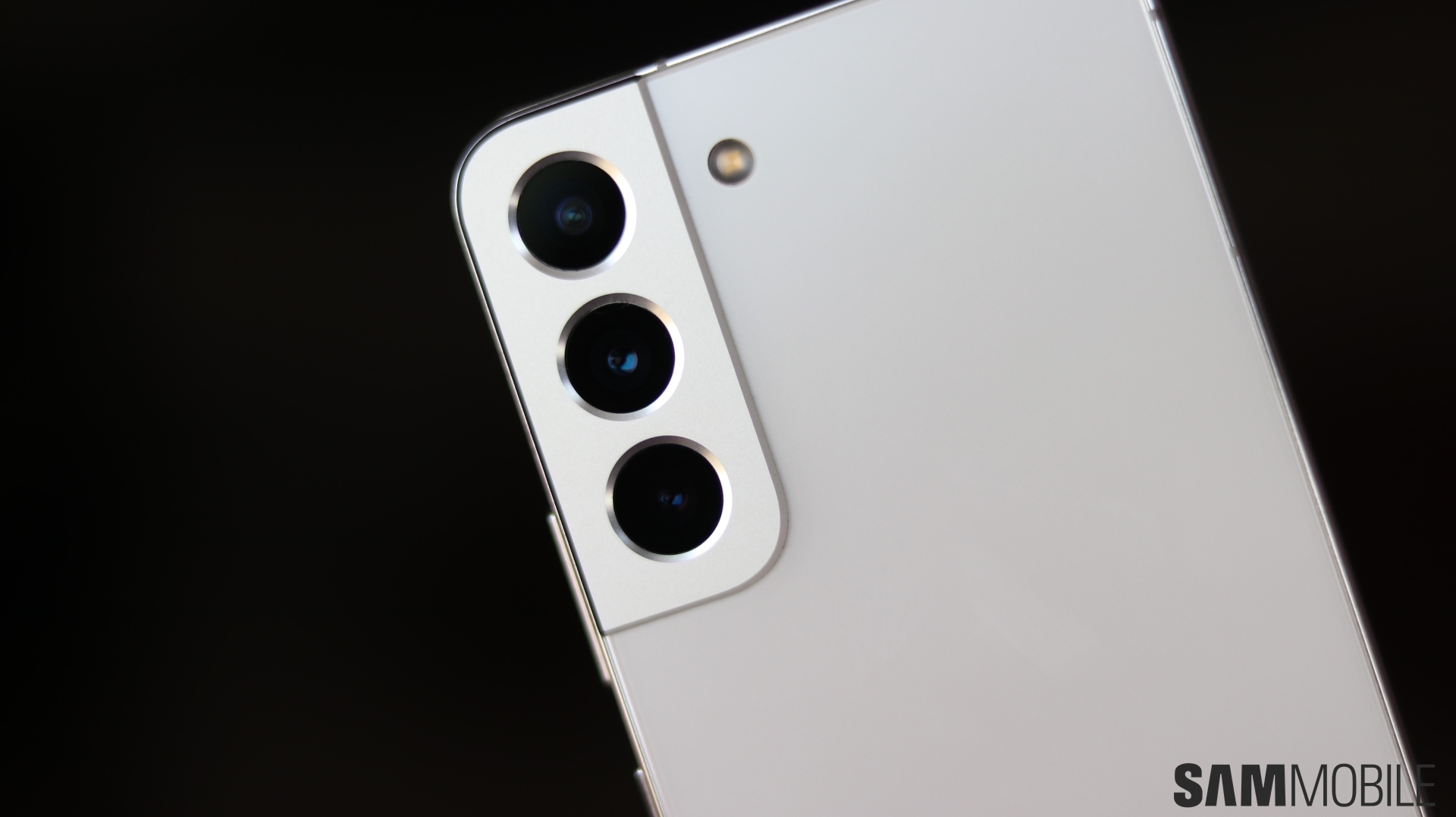 With the Galaxy S22 featuring the same cameras as the Galaxy S22+, I’m not going to go into a lot of detail here, as everything you need to know is in our Galaxy S22+ review. The gist here is that the S22 can take solid photos thanks to its new 50MP main camera and the dedicated telephoto lens, even if overall there’s not a ton of improvements over the camera experience you got on the Galaxy S20 or Galaxy S21. Still, you can rest assured that apart from the insane zoom capabilities of the Ultra model, you’re not missing out on anything if you grab the smallest Galaxy S22. 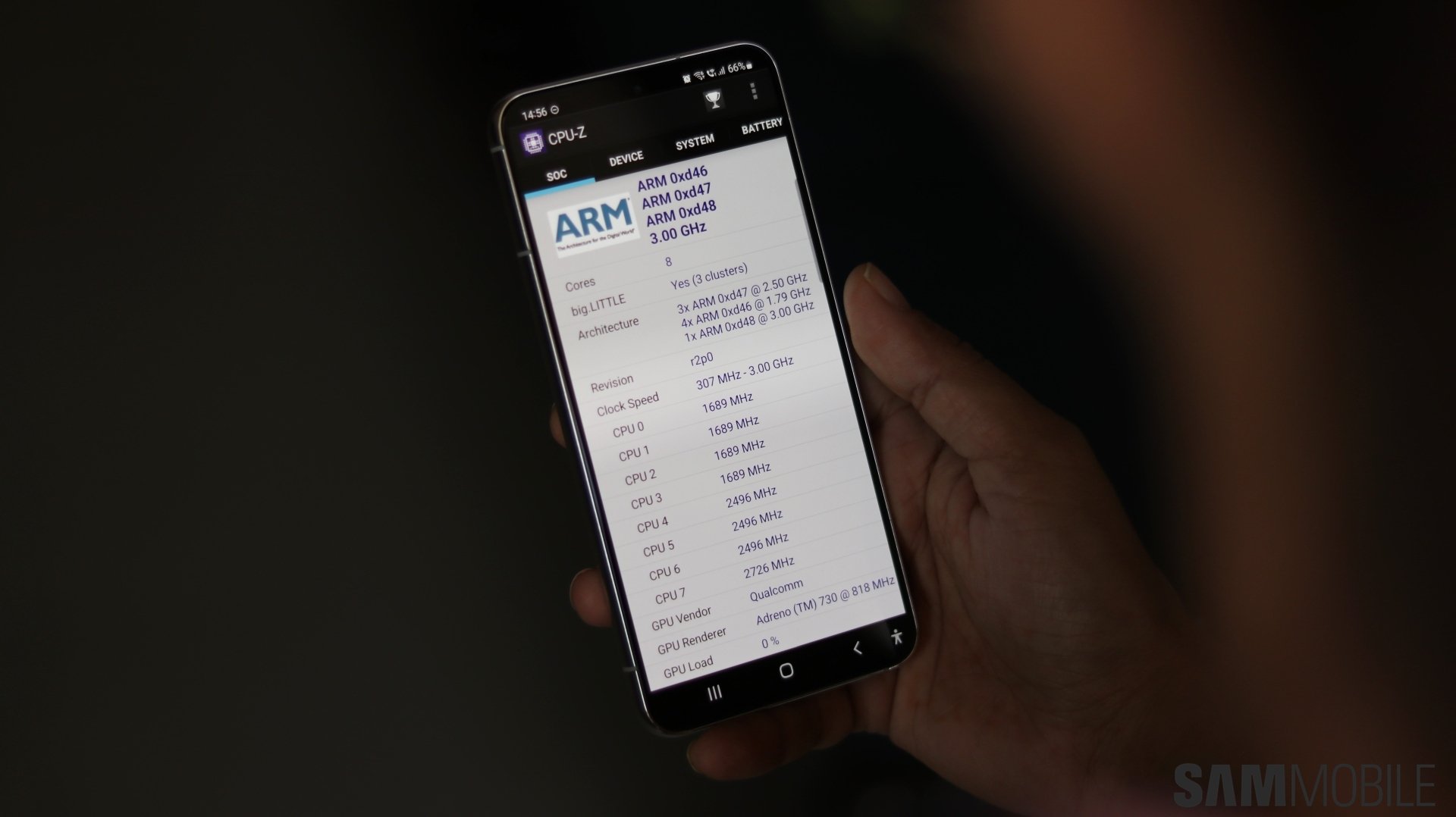 It feels unreal to finally be using a Snapdragon-powered Galaxy flagship here in India (not counting the Galaxy S10 Lite, which was held back from flagship status by its mid-range cameras), and I have to say the experience has been fantastic. The Galaxy S22 is as fast as you expect a flagship phone to be, even despite all the performance-limiting trickery Samsung seems to be playing in the background.

The only problem, as mentioned earlier, is the heat this thing generates. The Galaxy S22’s compact design means it runs hotter than the other two Galaxy S22 models. Even little things like apps updating in the background while you’re using the phone can increase the temperature to somewhat uncomfortable levels. Naturally, it doesn’t stay that cool during gaming, either.

Sometimes, my unit became hot for no apparent reason, so I would say there’s some room for Samsung to make improvements when it comes to heat dissipation. While the S22+ and S22 Ultra run cool enough despite the toasty nature of the new chips, the smallest model doesn’t, though I guess it’s another one of those issues that can be solved by slapping a case on the phone (that won’t help the phone stay cool, but at least you won’t feel the high temps on your fingers). 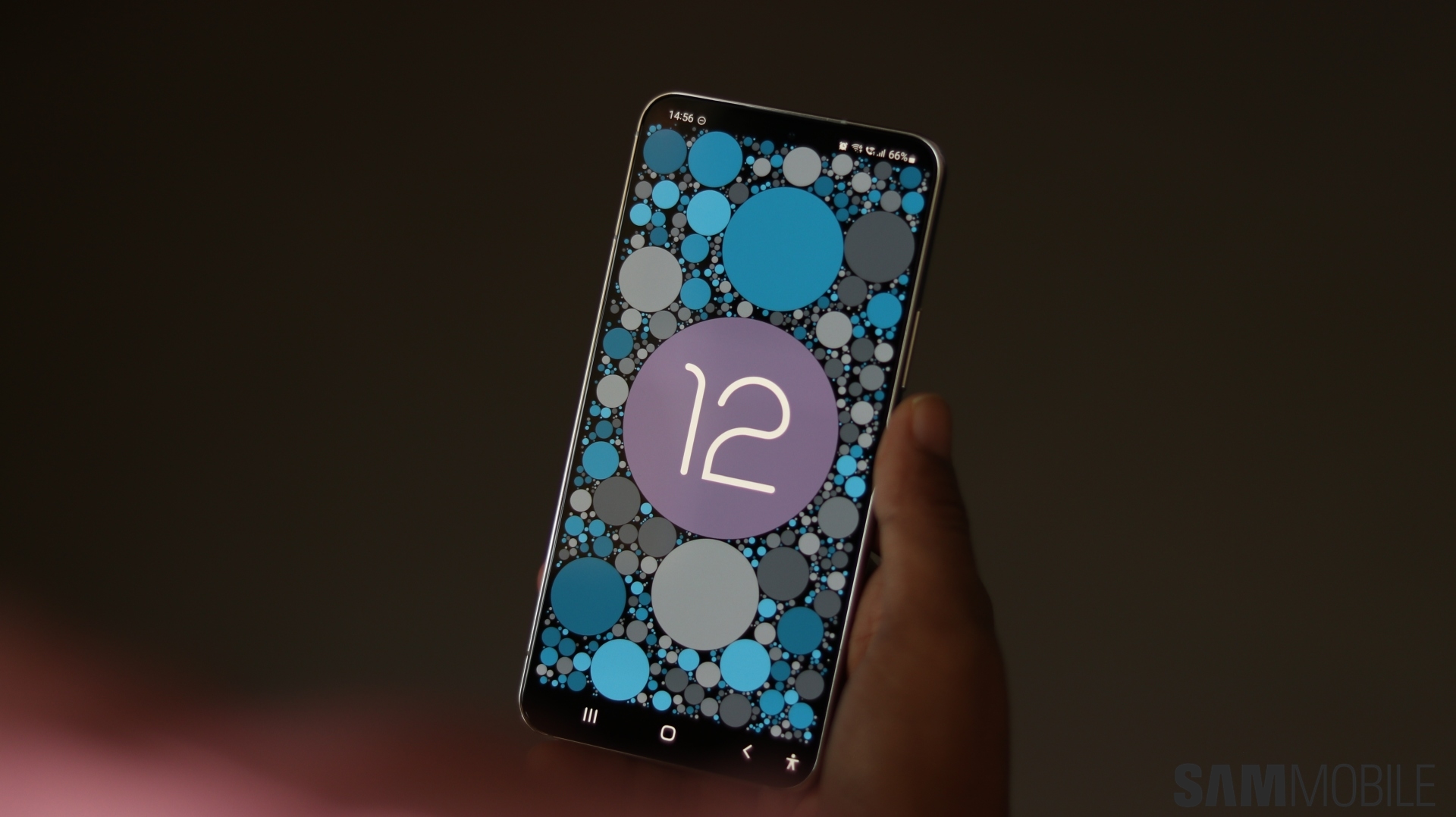 The Galaxy S22 comes running Android 12 with One UI 4.1 out of the box, and it’s the same feature-rich package that you find on the larger phones. One UI 4.1 has a few improvements that you can check out in the video below, though ultimately, the software experience remains largely unchanged from what you find on Android 12 and One UI 4.0 on older devices.

The most important thing that needs mentioning is the guarantee of four OS upgrades that Samsung announced for its latest flagships (and those from last year). This cute little thing is eligible for software updates all the way up to Android 16, which is downright awesome. Security patches will be provided for the next five years, though their frequency will likely decrease after the third year. 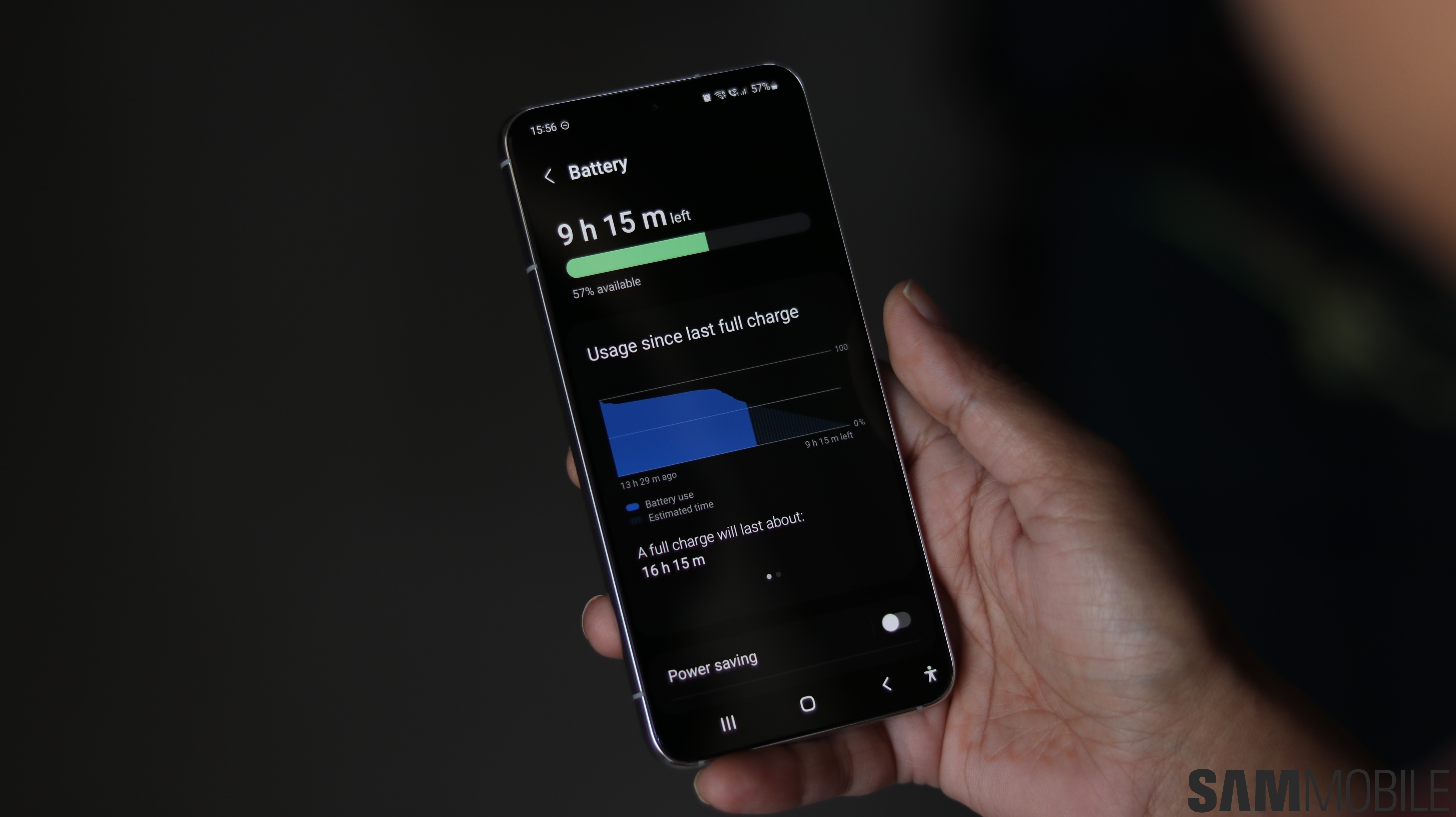 The worst part of the Galaxy S22’s spec sheet is its battery capacity. It’s powered by a 3,700 mAh battery, a 300 mAh downgrade over the Galaxy S21, but it seems the efficiency improvements of the new processors are helping keep things similar as far as battery life is concerned.

In fact, with light use that includes around half an hour of watching a movie on Netflix and browsing Twitter, this phone can last an entire day with around 3.5 to 4 hours of screen on time. This is with 120Hz refresh rate enabled. The low idle drain lends a helping hand here – the phone doesn’t drain too much when it’s sitting unused even if you have turned off Wi-Fi and have it connected to mobile data.

But any serious use takes its toll and the battery can easily deplete by late afternoon. And that’s not even counting 5G connectivity. We don’t have 5G networks here in India, but from what I’ve heard from my colleagues who used the Galaxy S22+ and S22 Ultra, enabling 5G causes battery drain to increase considerably, so sticking to LTE networks is something that might be necessary unless you want to be using a power bank or sit near an outlet all day long.

Also, just because the battery is smaller doesn’t mean charging is all that faster. A full charge takes around an hour and 15 minutes with a 25W charger, and in my personal testing, I got around 17% and 46% charge in 10 minutes and 30 minutes of charging respectively.

To summarize, the Galaxy S22’s battery life (at least on the Snapdragon variant) isn’t as bad as you would think, but it’s also not a dependable phone when you’re away from an outlet or a power source. That’s unfortunately what you sign up for when you buy a compact flagship phone, and it’s the same story here. 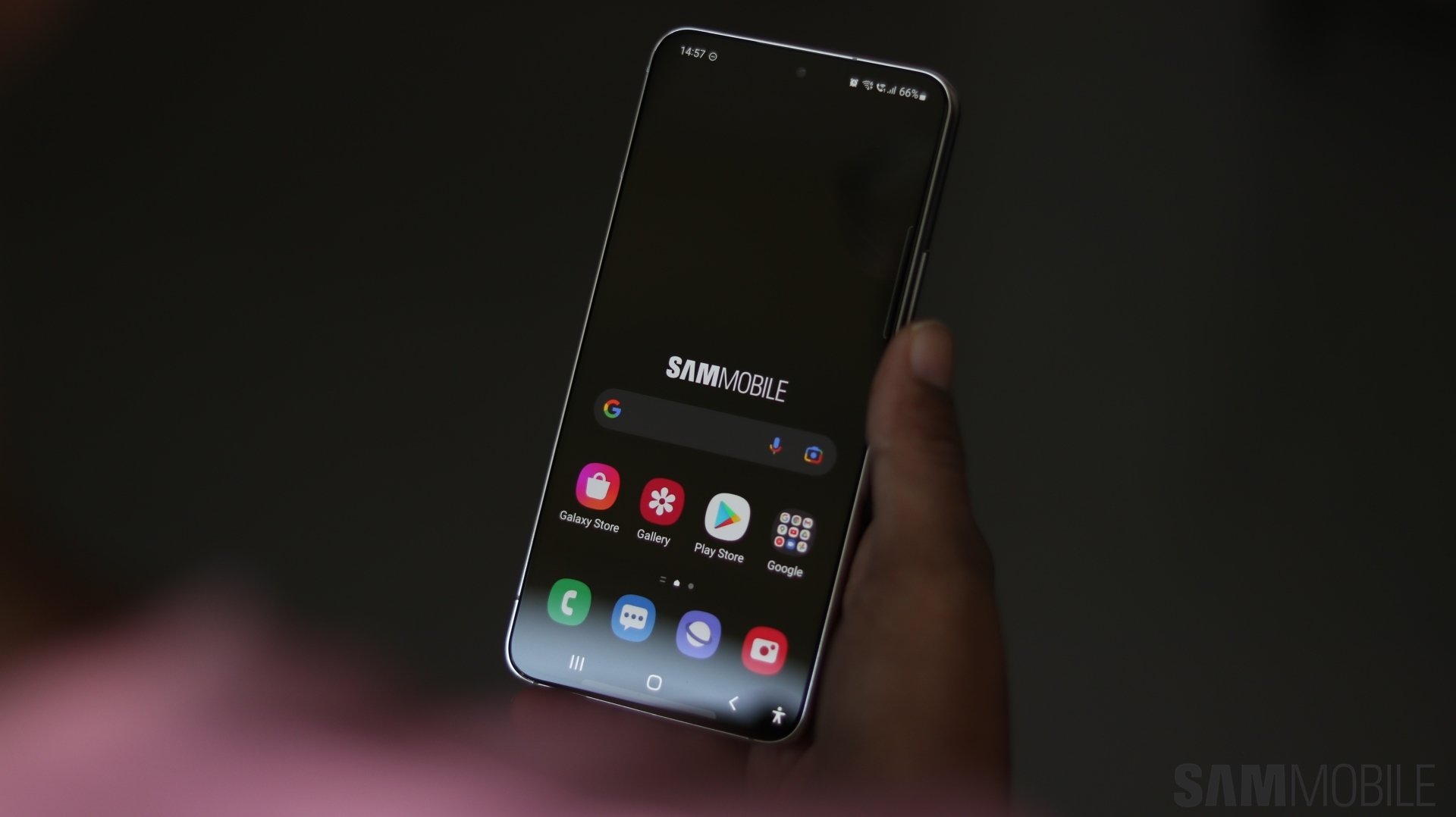 The verdict’s simple: If it’s a compact flagship you want, the Galaxy S22 is an excellent purchase. It runs a little hot and the battery life is not dependable, but other than that, it’s a pretty sweet phone that doesn’t take away any of the best features you’ll find on the Galaxy S22+. If you’re a lover of small phones, you can’t go wrong with this one.

I used my Galaxy S22+ without a case for a year. This is what happened

When Samsung announced the Galaxy S22 series a year ago, it made a pretty big deal about the new “Armor Aluminum” frame, promising that this new material lends more scratch and drop resistance to the 2022 flagship phones. Some took those claims at face value, while others thought “Armor Aluminum” was just a buzzword. As […]

Samsung’s new Galaxy S23 may be the best Android smartphone for mobile gaming to date, and it’s partly thanks to the new Snapdragon 8 Gen 2 chipset, which Samsung and Qualcomm overclocked with higher CPU and GPU frequencies. An early 3D benchmark indicates that the Galaxy S23 series is almost twice as powerful in 3D […]