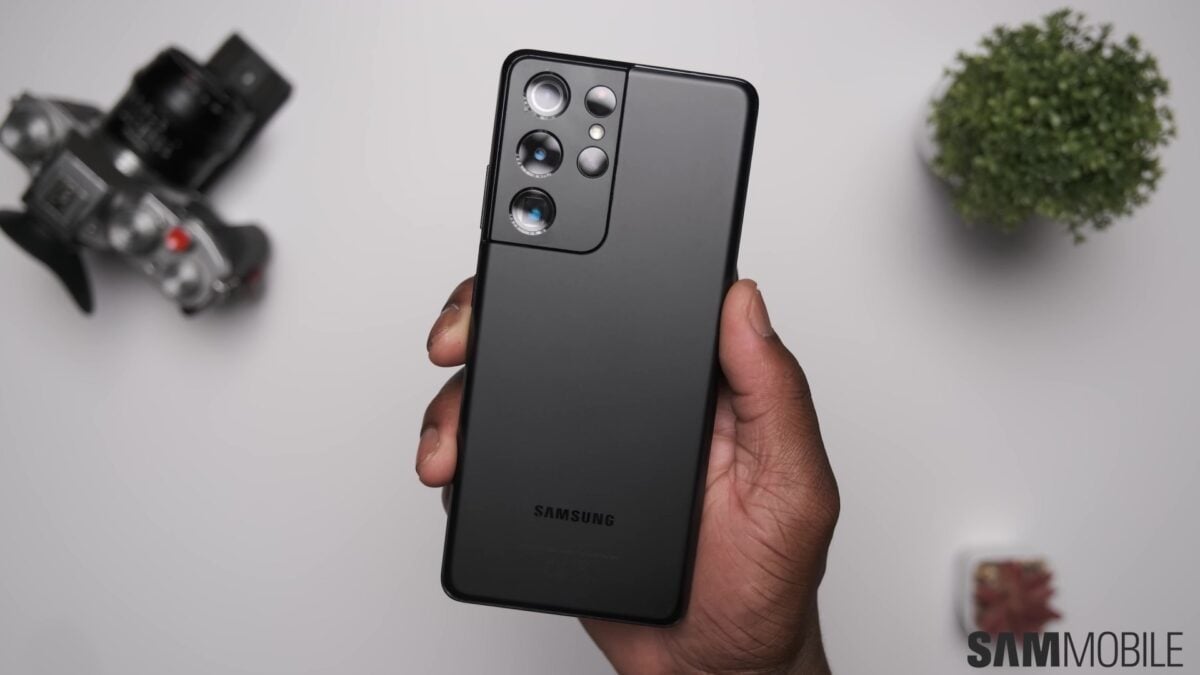 Samsung started rolling out a new Camera update for the Galaxy S22 series in South Korea earlier this week, and the company later revealed a few more details about the update’s availability for older flagships, such as the Galaxy S21. The good news is that the recent camera update will be coming to the S21 at an unspecified date. The bad news is that some features will be missing.

Every new Samsung flagship phone adds fresh software features, many of which eventually get ported to older Galaxy phones. However, some features don’t make the cut. And according to a couple of recent posts from the official Samsung Community manager, chances are that the Galaxy S21 won’t be getting the Detail Enhancer feature.

The forum moderator mentions that Samsung ran tests for Detail Enhancer on the Galaxy S21 but found that the NPU (Neural Processing Unit) performance across the Galaxy S21 to the S22 lineups is too different. This discrepancy makes it difficult for Samsung to optimize Detail Enhancer for older devices, and although the company “will try more,” there’s no guarantee that the Galaxy S21 will get this feature after all.

On the plus side, not getting Detail Enhancer might not be that big of a loss for Galaxy S21 customers. In our Galaxy S22 Ultra review, we found that Detail Enhancer doesn’t work that great on the Galaxy S22 series as it is. It’s often better to keep this feature off in order to preserve details for far-away objects, so it’s not like the Galaxy S22 has a massive advantage over the S21 series because of this exclusive feature. 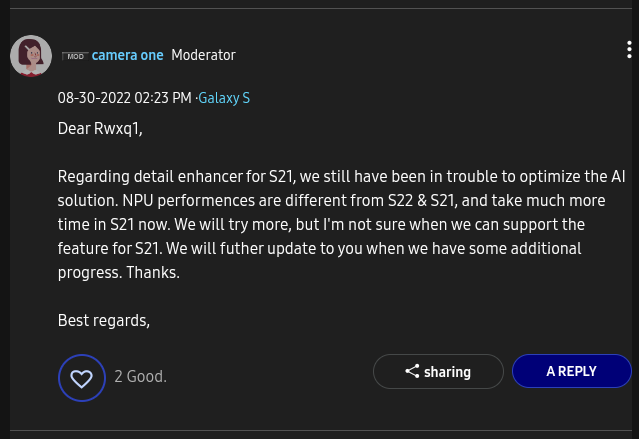 On the bright side, even though Galaxy S21 customers might miss out on Detail Enhancer, Samsung’s Community moderator confirmed that Snapchat integration should go live “soon,” albeit there’s no official launch date yet. However, Samsung has been testing Snapchat integration with newer and different SDK versions, and it all seems to have worked out.

The Galaxy S22 was the first to bring native camera features to social media apps, including Snapchat, Instagram, and TikTok. It allows social media users to capture high-quality photos directly from third-party apps without having to launch Samsung’s dedicated Camera app separately.

Snapchat integration is coming to the Galaxy S21 soon, and we’re guessing that Samsung will also integrate the phone’s native camera features with other social media apps, but we’ll have to wait for confirmation. We’ll keep you posted. 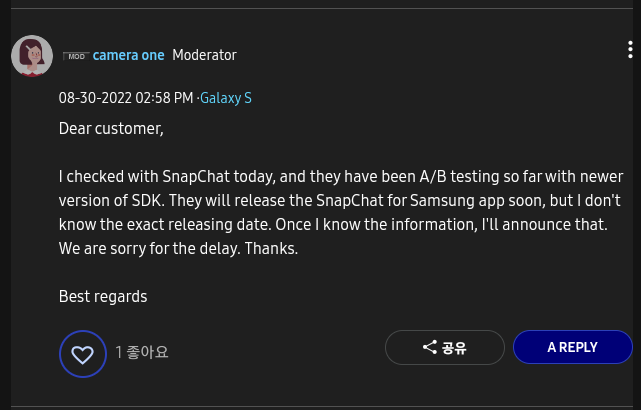