The Android 12-based One UI 4.0 beta program is expected to be going live soon. Samsung has yet to offer an exact launch date for the first beta build, but the Galaxy S21 Ultra was just spotted online running Android 12.

A Galaxy S21 Ultra 5G unit running Android 12 appears to have been benchmarked online using Geekbench. The benchmark entry reveals the usual bits of hardware information along with single and multi-core scores of 1,122 and 3,469 points, respectively. And, of course, the listing claims that the phone under test runs Android 12, presumably with One UI 4.0 on top. Or at least a beta version of it.

Thankfully, this isn’t the only clue that tells us Android 12 beta is closing in. Samsung is paving the way for the upcoming firmware update and has started updating some of its apps with support for Android 12.

Chances are that the Android 12-based One UI 4.0 beta program will first be open for the Galaxy S21 series and possibly the Galaxy Note 20 duo. As to which devices are eligible for Android 12 and One UI 4.0, dozens of candidates will be waiting in line for the live release. The first public beta version should go live before the end of the year, but nothing’s set in stone yet. 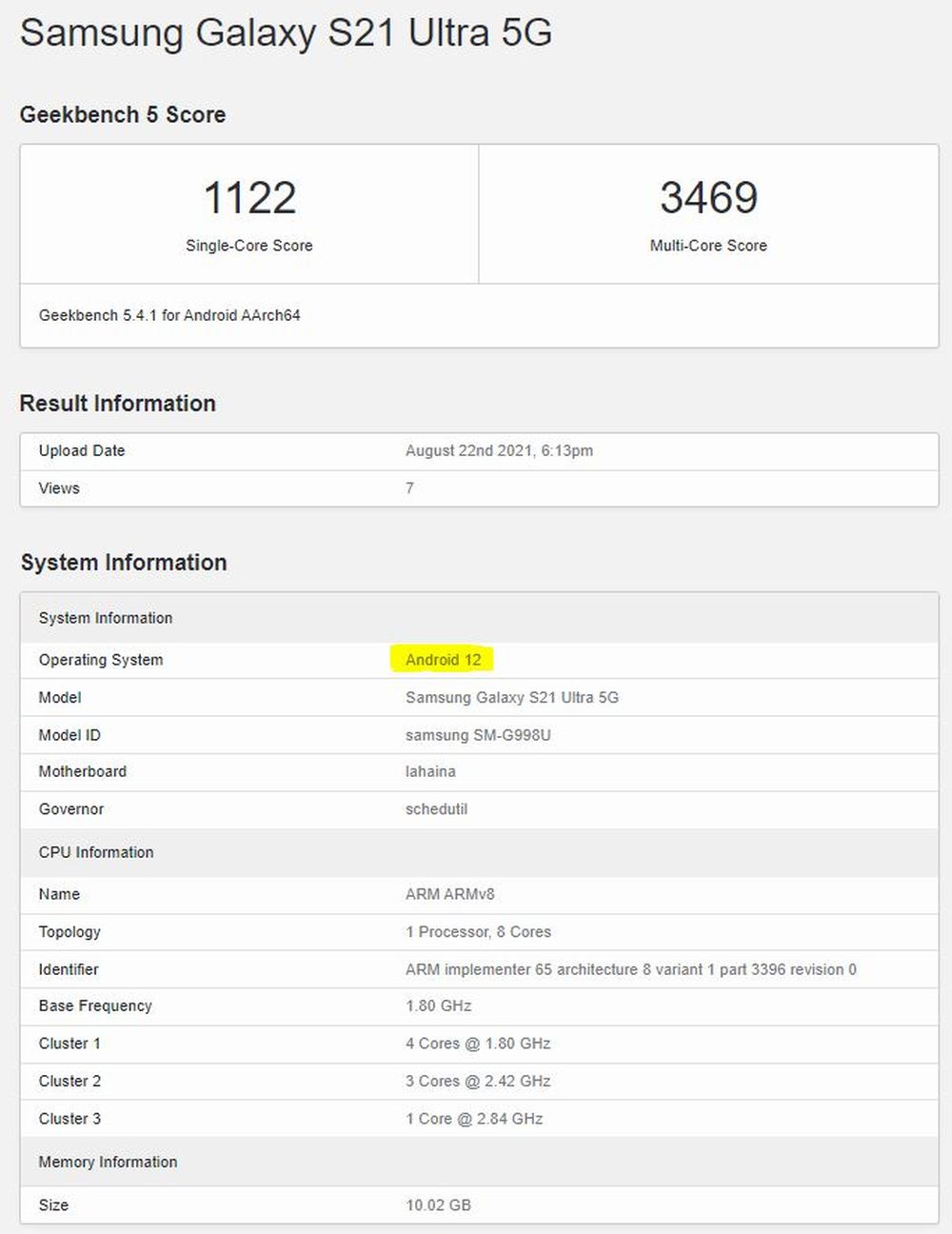