Samsung released the third One UI 4.0 beta update to the Galaxy S21 series last week. It introduced more Material You features, bug fixes, and a redesigned Weather app. However, it also added some new bugs, and the company says that it will roll out a hotfix update to fix those critical bugs.

The Beta Operation Manager on Samsung Members official forum announced that the company would soon release a hotfix update based on One UI 4.0 Beta 3. It will still carry firmware version G99xxXXU3ZUJG, but it will fix the bug that stopped some web browsers from working on the Galaxy S21 series. It will also prevent the Gallery app from crashing while sharing images.

Initially, Samsung will release the update in South Korea. Within a few days, it could be released in other markets where the One UI 4.0 beta program is active. 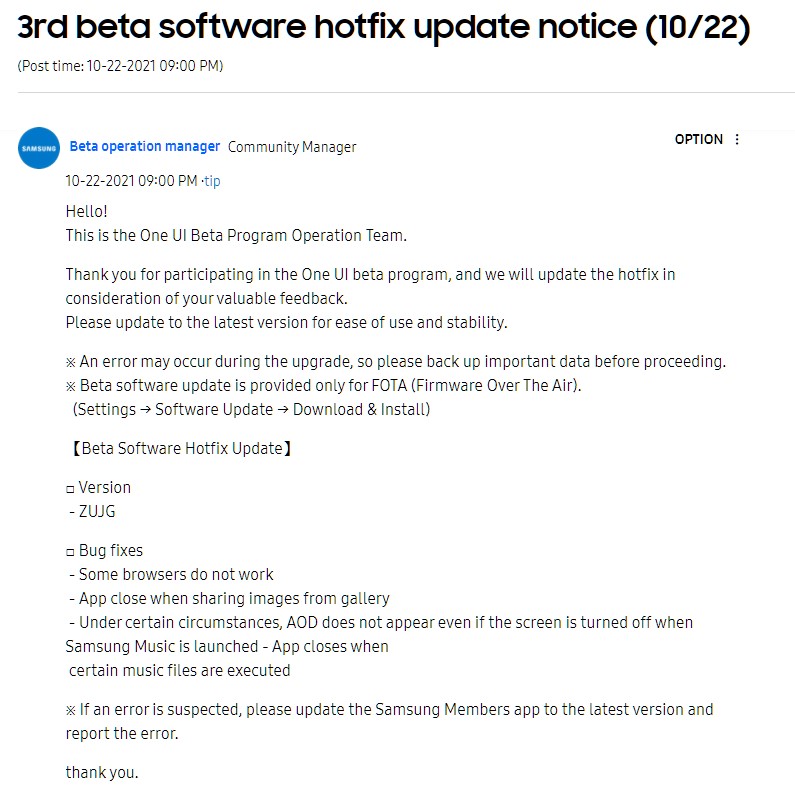 Galaxy S20 users in South Korea could get stable One UI 4.0 update soo …