Galaxy S20+ BTS Edition has been officially launched in Vietnam Samsung Vietnam has prepared other incentives for prospective buyers, such as a voucher worth VND 5,000,000 ($214) for those who pre-order the phone. Furthermore, customers who will buy the Galaxy S20+ BTS Edition from a Samsung brick & mortar store will be getting an Onyx Studio 6 speaker worth VND 4,990,000 ($214) for free.

Planned to go live via Samsung and retail partner CellphoneS

Pre-orders for the Galaxy S20+ BTS Edition will start in Vietnam later today in a few hours from the time of writing, so make sure to consult this dedicated Samsung page for the BTS campaign to check the phone’s availability at any given time. The device will also go on sale in Vietnam through partner retail channel CellphoneS.

As for the product itself, the Galaxy S20+ BTS Edition doesn’t differ from the regular Galaxy S20+ in any way except for the exterior color and retail packaging. It’s a special edition device designed specifically for ARMY, i.e., fans of the popular K-pop group BTS, so it’s been adorned with a purple finish, hearts, and BTS logos.

The Galaxy S20+ BTS Edition will launch in vietnam for the suggested retail price of VND 24,990,000 ($1,072), but it’s unclear how much the Galaxy Buds+ BTS Edition cost when purchased separately. 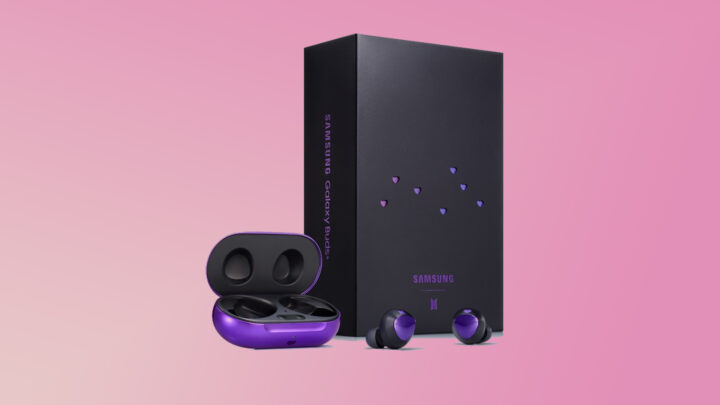