Samsung tied up with Korea music band BTS for the launch of the Galaxy S20 series. It was later revealed that it’s not a usual marketing partnership but much more than that. Last week, it was reported that the South Korean smartphone giant has plans to launch a special edition Galaxy S20+ with BTS co-branding. Now, a press render of the upcoming limited-edition smartphone has been leaked.

The render was posted on Twitter by noted leakster Evan Blass (@evleaks). The image shows a purple-colored Galaxy S20+ 5G. It has an exclusive wallpaper that has the BTS logo and a seven-star constellation to depict seven members of the music band. The phone also seems to have a purple-colored, heart-shaped icon on its rear-facing camera unit and a BTS co-branding below the Samsung logo.

This special-edition phone also appears to come with a custom theme that has purple-shaped icons. The phone’s purple color appears something between the Galaxy Z Flip’s Mirror Purple color and the Galaxy S9’s Lilac Purple color. An image of all BTS members holding the BTS edition of the Galaxy S20+ has been leaked as well.

Specifications and features of the Galaxy S20+ BTS Edition should remain similar to the standard variant of the phone. It has a 6.7-inch Super AMOLED Infinity-O display with QHD+ resolution and a refresh rate of 120Hz. It has a 10MP selfie camera with 4K 60fps video recording and a 12MP+64MP+12MP+3D ToF quad-camera setup at the rear. The phone is powered by a 4,500mAh battery and fast wired as well as wireless charging.

Samsung will also sell a BTS edition of the Galaxy Buds+, and its images were leaked a few days ago. The special-edition Galaxy Buds+ will have a purple-colors case with the BTS logo and purple-colored touch surface on the earbuds. The South Korean firm plans to sell the Galaxy Buds+ separately, but the pricing and launch markets haven’t been specified yet. 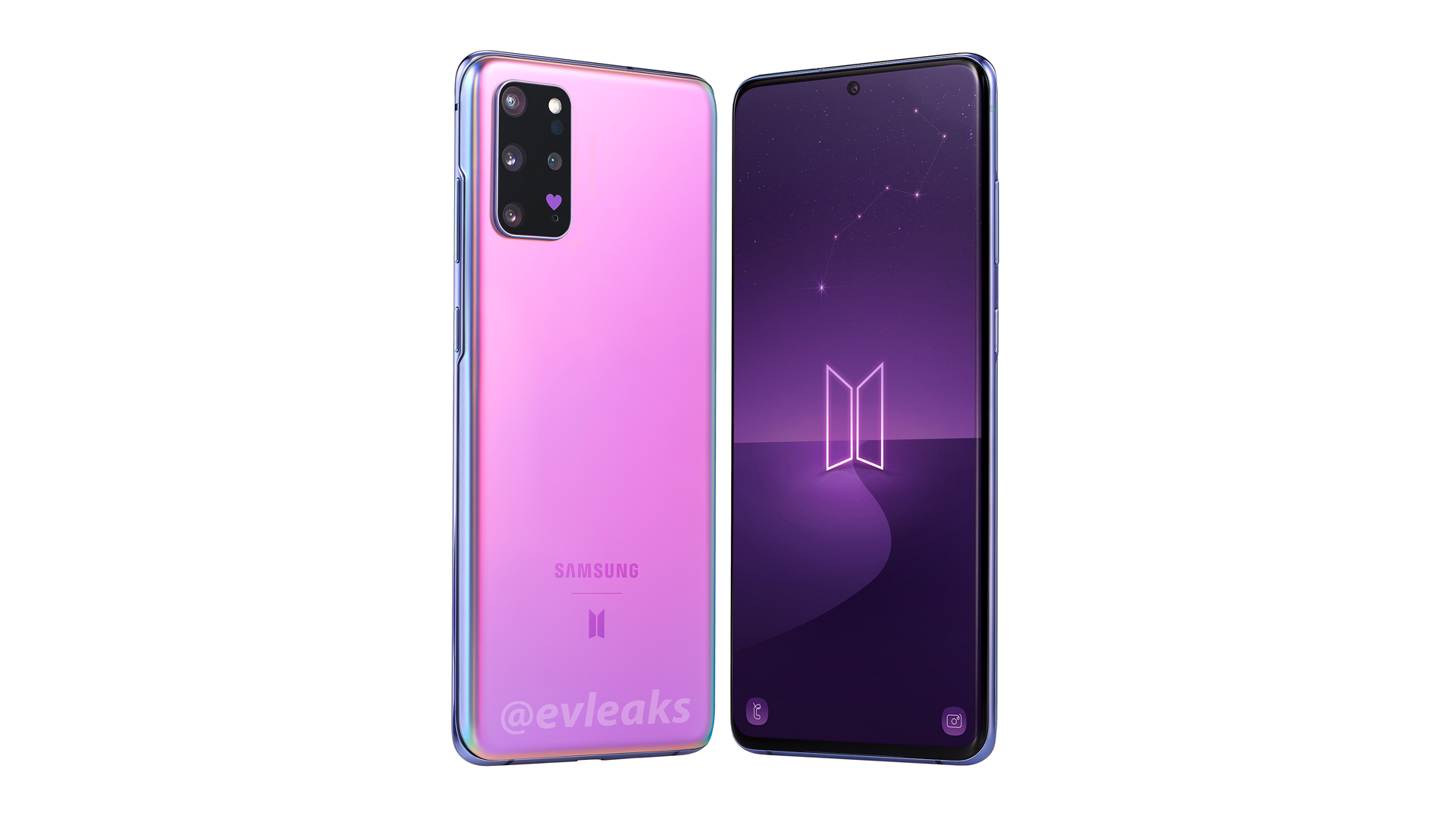