Feast your eyes on these Galaxy Note 20+ renders! 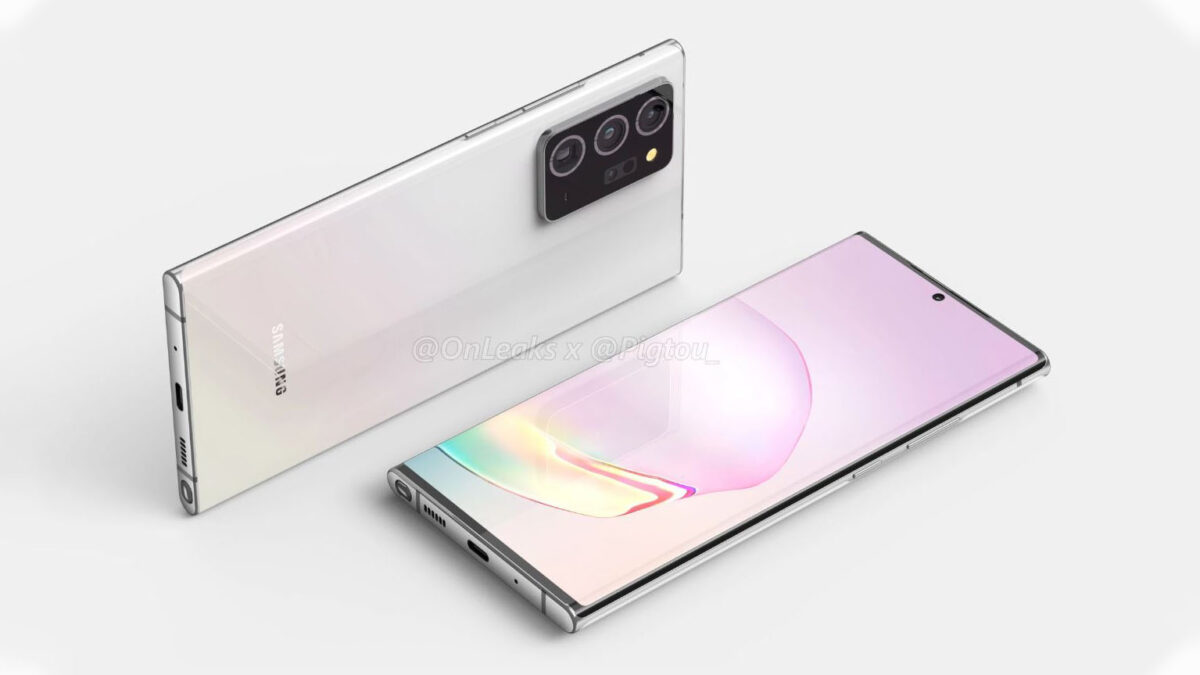 Galaxy Note 20 leaks are beginning to show up as we race towards the phone’s official launch in August. We saw renders of the Galaxy Note 20 made their way online last week, and today, renders of the Note 20+ have surfaced online. These renders show something very interesting and, frankly, odd: The rear camera modules have a colored ring around them that looks straight from a budget phone rather than something that would fit a premium flagship device.

According to the source of these renders, the Galaxy Note 20+ will have a 6.9-inch display, same as the Galaxy S20 Ultra. The display curves are almost gone, which was to be expected after the Galaxy S20 series, and the volume and power buttons are on the right side inside of the left. The Note 20+ is said to be just 7.6 mm thick, but that’s not counting the camera module on the back, which reportedly makes for a thickness of 10.7 mm at the top. However, the same source also said the Note 20 has a thickness of 8.5 mm but didn’t say if that figure includes the upper part of the device, so there’s still a bit of confusion around the dimensions of the two models.

Like the Note 20 renders, the Note 20+ renders show the S Pen on the left side of the phone. We have seen leaks of previous Galaxy Note flagships showing such a change, only for the actual devices to have the S Pen on the right side as usual, so we are still inclined to believe Samsung won’t play around with the stylus’ placement this year, either. We guess we will have to wait and see how much in these renders is accurate – it’s early days right now so things could change in the coming weeks when more Galaxy Note 20 leaks make there way online. 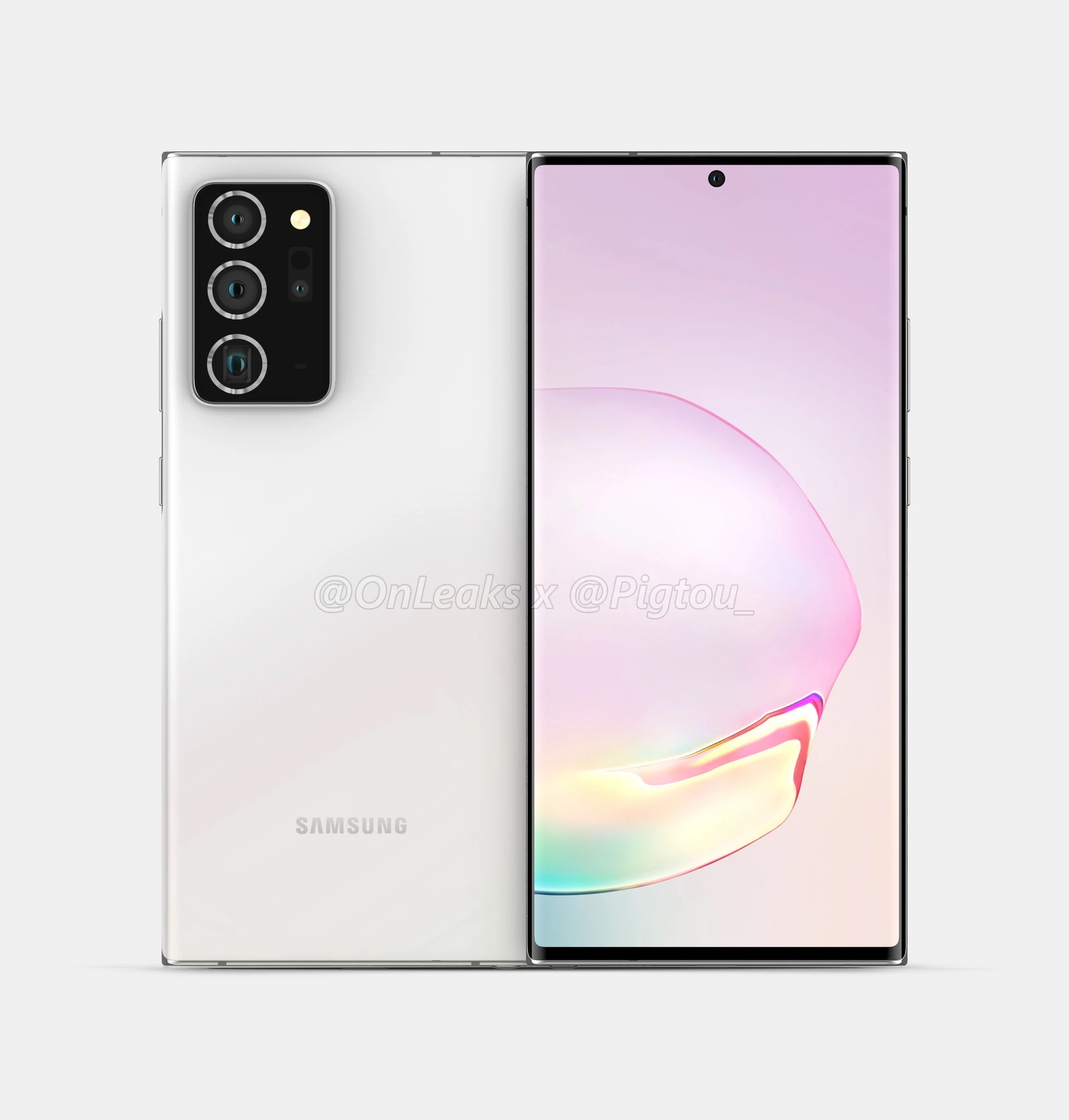 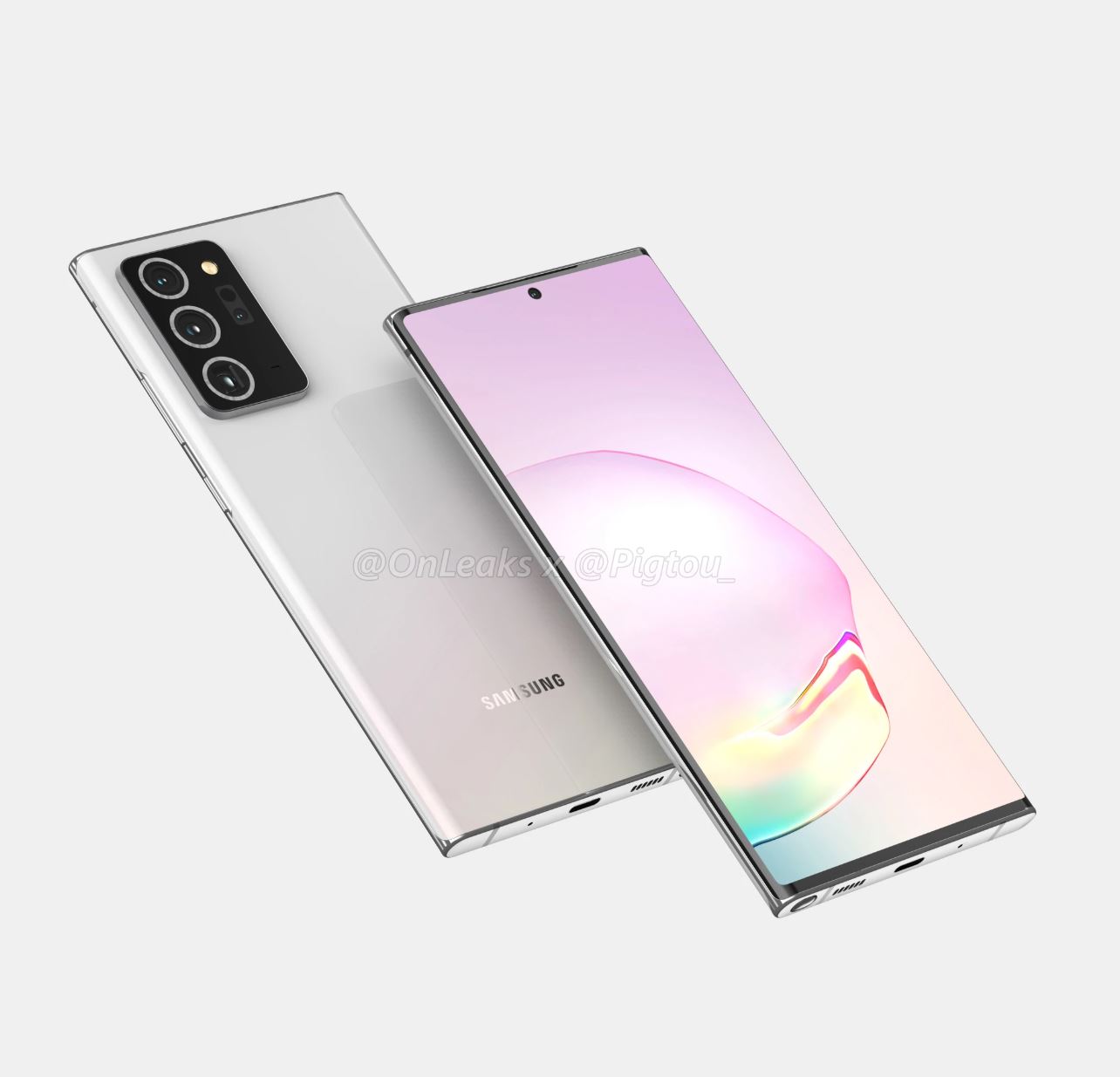 The Galaxy Note 20 may not launch as the most exciting smartphone lineup Samsung ever conceived, but I'm buying into it anyway.

A few weeks ago we talked about the strong possibility that the Galaxy Note 20 Ultra – then known as the Galaxy Note 20+ – will be equipped with a 108MP camera. This feature has now been unofficially confirmed by @rquandt on Twitter, who has an excellent track record when it comes to revealing unannounced […]

Galaxy Note 20+/Ultra seems to have an odd screen resolution

The Samsung Galaxy Note 20+/Ultra's screen resolution stands out because we haven't seen it yet on any other Galaxy flagship.

LTPO display tech for Galaxy Note 20+ to be called ‘HOP’

The cutting-edge LTPO display technology that will allow (parts of) the Galaxy Note 20 series to offer variable refresh rates in an extremely energy-efficient manner will be called “HOP”, sources close to the company claim. The moniker is said to be derived from the names of hybrid oxide and polycrystalline silicon, two materials key for Samsung’s […]