The Exynos-powered Galaxy Note 10 variant has popped up on Geekbench. This isn’t the first time for the model number SM-N970F to be spotted in the benchmark’s database, but it is the first time when the device has been identified as having 8GB of RAM and the appropriate Exynos 9825 chipset.

Previously, the SM-N970 has been incorrectly listed by Geekbench as running on the Exynos 8895 and having only 6GB of RAM. However, the recent listing seems to strengthen the notion that the Galaxy Note 10 series will have a memory configuration similar to the Galaxy S10 and S10+. 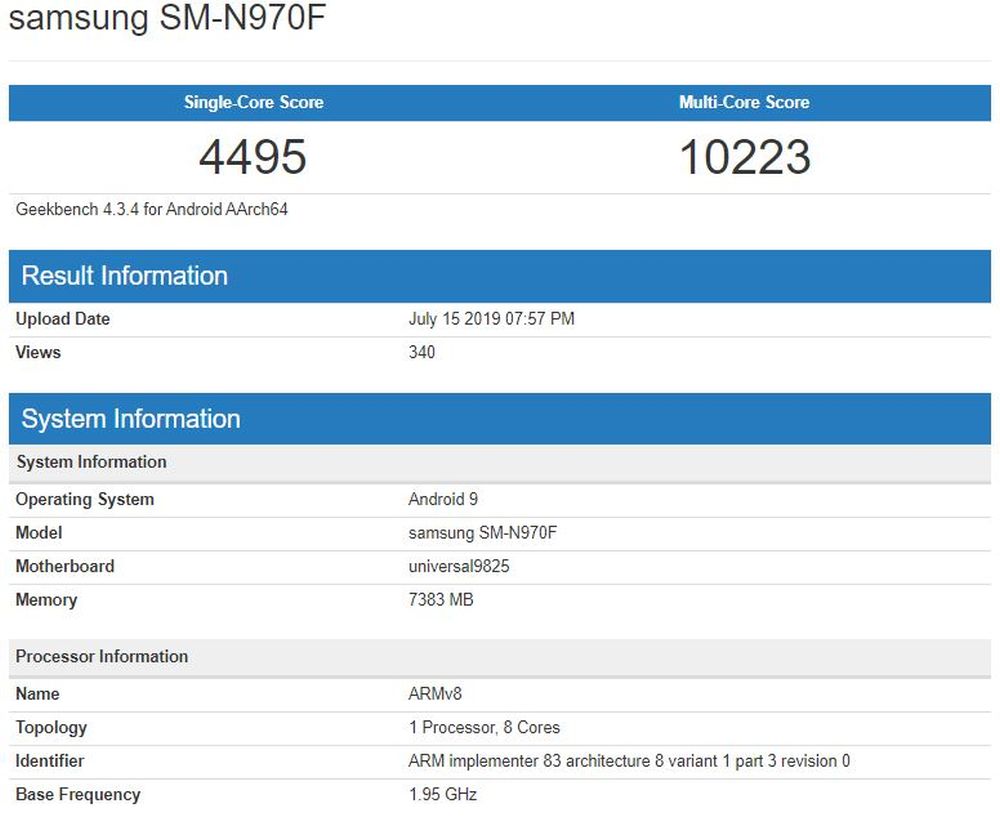 The standard Galaxy Note 10 will be equipped with 8GB of RAM, whereas the larger Galaxy Note 10+ should launch with 8GB and 12GB of RAM. But unlike the base Galaxy S10 model which clocks in at 128GB of storage, the base model of the Galaxy Note 10 is expected to have twice the storage, i.e., 256GB. It’s not entirely clear whether this will be true across the globe, but earlier reports claim this to be the case at least in Western Europe.

The Galaxy Note 10 series will be officially introduced on August 7 in New York City, with reports indicating that the lineup should hit the shelves a couple of weeks later on August 23.

More news »
Galaxy Gaming: Why would I want a Steam Deck over a Samsung flagship? Dominik B.|4 days
Unlocked Galaxy Note 10 is getting the July 2021 security update in the US Asif S.|1 week
Galaxy Note 10 series is getting the July 2021 security update Asif S.|3 weeks
What is the newest Samsung phone? – July 2021 Adnan F.|4 weeks
SamMobile Weekly Giveaway
Best Picks More »
Best Samsung Phones in July 2021 – Picked by experts
4 weeks ago