Galaxy Note 10+, not Pro, will be the larger model, images leaked 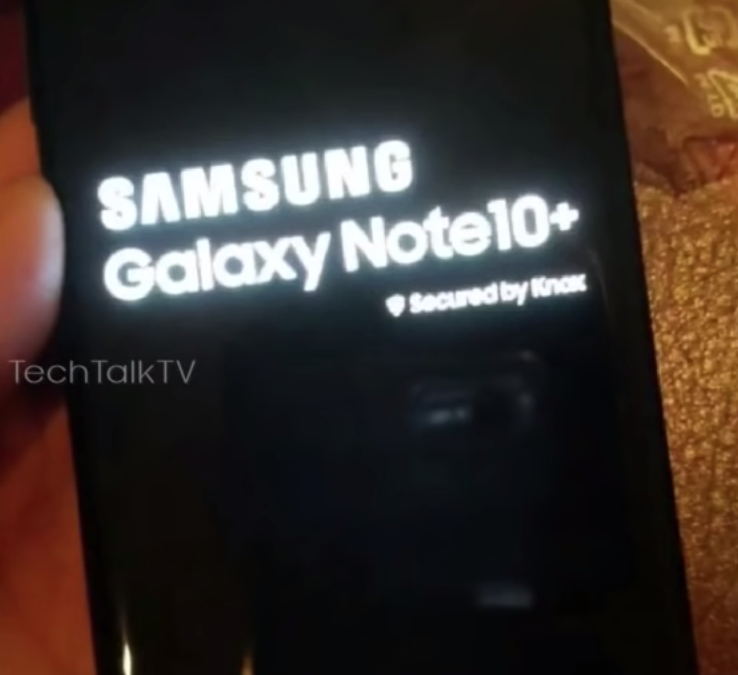 The images also confirm some design changes that we had only seen in the leaked renders so far. The display hole is in the center, not the right corner like it is on the Galaxy S10. While the Galaxy S10+ features a dual front camera, it appears that the Galaxy Note 10+ will only get one.

Leaked images show the Galaxy Note 10+ in the flesh

The first Galaxy Note 10+ live images have been leaked through a video from YouTuber TechTalkTV, who apparently received them from a subscriber on Instagram. The device we see here is not that different in terms of design compared to the renders that have surfaced online so far.

Earlier reports have suggested that the larger Galaxy Note 10 model will have a 6.75-inch display. These images show that Samsung has trimmed the bezels as expect. Also, notice the absence of an earpiece which means that recent reports about the Galaxy Note 10 having Sound on Display technology are likely accurate.

We’ve already opined that it’s fine if the larger Galaxy Note 10 doesn’t have a dual front camera. The pill-shaped cutout on the Galaxy S10+ doesn’t look that good and the addition of a second camera up front doesn’t make much of a difference for Live Focus (bokeh) selfies. The rather blurry image of the back shows that the device has an iPhone-like vertical camera system. The LED flash and ToF sensor are placed alongside it.

So it’s all as per expectations. The biggest takeaway here is the boot screen which shows that this device will be called the Galaxy Note 10+. It makes sense for Samsung to keep the branding within the confines of what its customers are already familiar with. Do you like what you see or do you wish that some of these design changes hadn’t been made? Share your thoughts with us in the comments below. 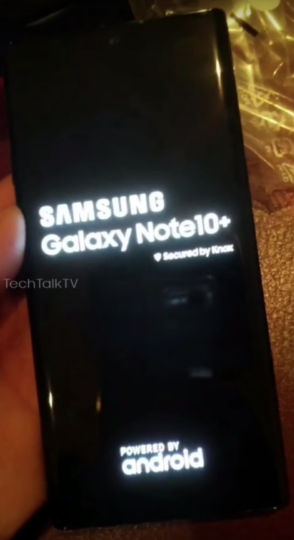 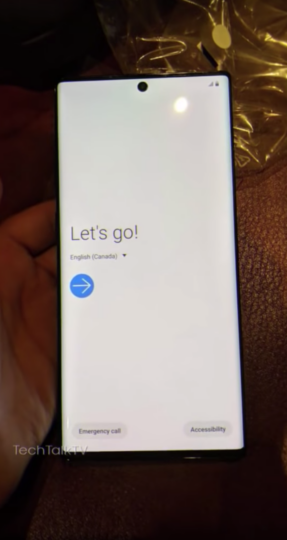