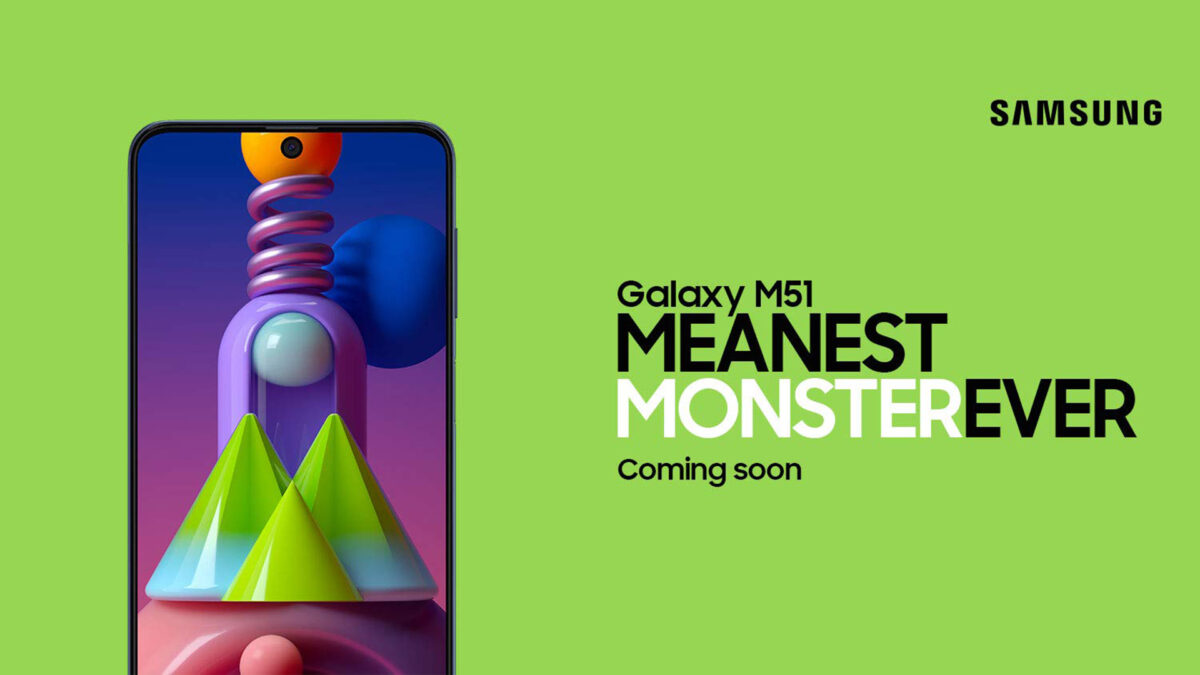 The Galaxy M51 is turning out to be a killer mid-range smartphone. While the phone hasn’t been launched yet, its design and features have been almost leaked in full. Four months ago, we had exclusively confirmed its existence and the internal storage specs. Later, we revealed the phone’s camera specs, and then its internal hardware and battery capacity were leaked as well. Now, the company has officially started teasing the smartphone for the Indian market.

Samsung has listed the Galaxy M51’s teaser on Amazon India’s website with the tagline ‘meanest monster ever.’ The teaser image shows the front part of the phone with a Super AMOLED Infinity-O display. Separately, the upcoming mid-range smartphone’s specs have been confirmed via Google Play Console. The listing reveals that the phone has a Full HD+ (2400×1080 pixels) display resolution, a Snapdragon 730 processor, 6GB/8GB RAM, and that it runs Android 10.

It was reported earlier this week that the Galaxy M51 will be launched in India in the second week of September and that it could be priced between INR 20,000 (around $269) and INR 25,000 (around $336). The smartphone will be available in two colors: black and white.