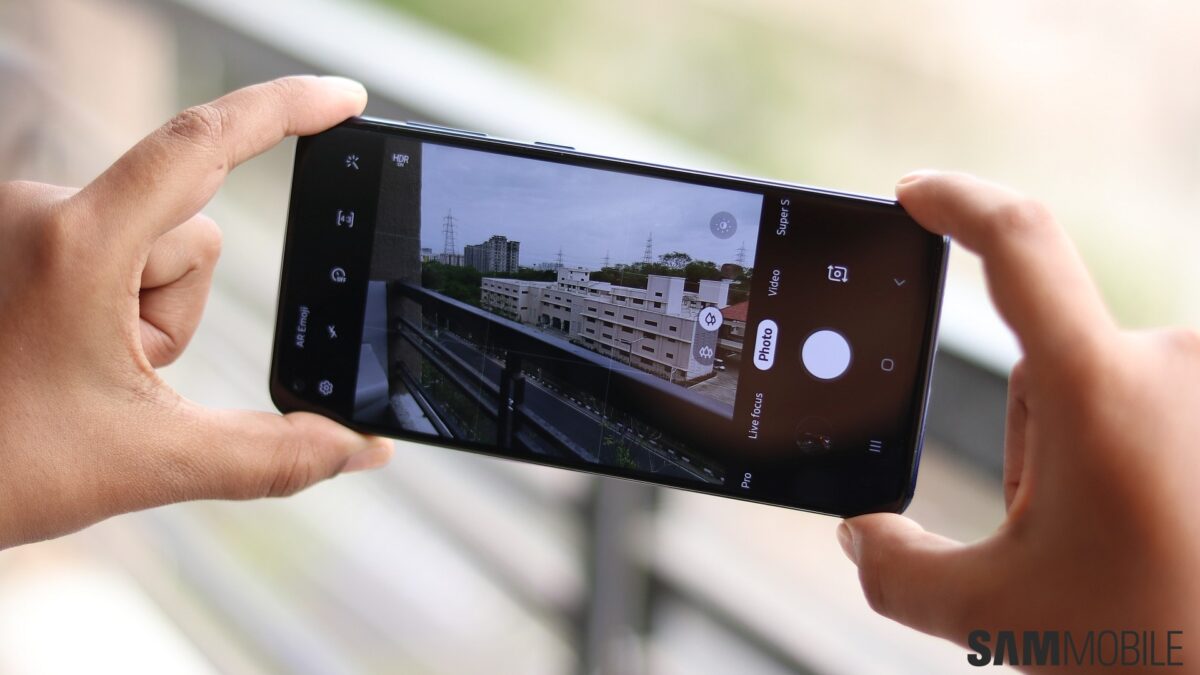 Samsung has released a Galaxy M40 software update that brings improvements to the device’s camera and facial recognition performance. Specific details aren’t mentioned, although we did notice that facial recognition seems to work a bit faster after the update. The new software version is M405FDDU1ASG2 and the update includes the June 2019 security patch.

Also included in the update is the blue light filter feature, which was missing on the device despite being a standard feature on all smartphones these days. No other new functionality seems to have been added to the device with the update, and that means features like Bixby Routines are still not available for Galaxy M40 owners. Which is a shame considering the Galaxy M40 already isn’t the best proposition compared to Samsung’s own Galaxy A50, which does support Bixby Routines and is priced lower despite a better overall hardware and software package.

The new Galaxy M40 update is a 378.40 MB download, and a notification should show up on your M40 once the update is available for you. You can also manually grab the update by selecting the Download and install option in the Software update menu of the phone’s Settings app. Another option is to upgrade by downloading the newest firmware from our database and flashing it on your phone using a Windows PC. 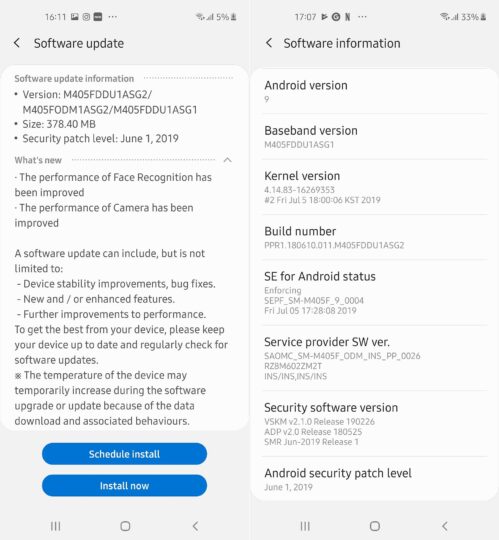