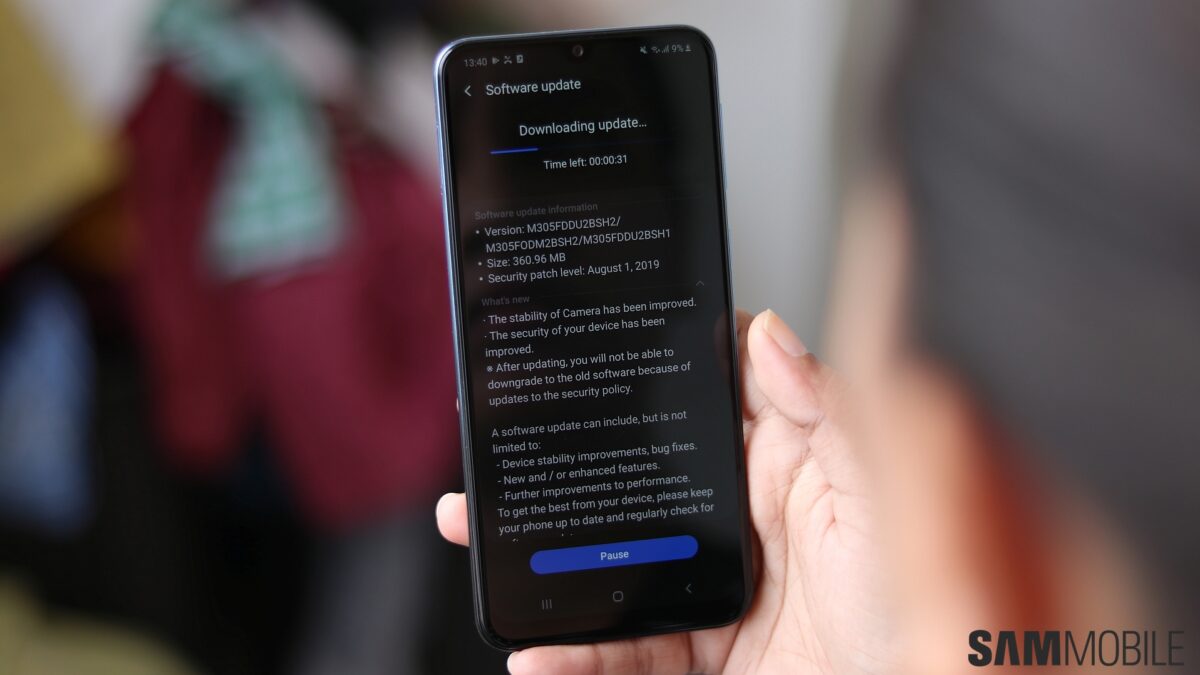 We don’t know the changelog for the Galaxy M20 update yet, but the Galaxy M30 update for India brings improved camera stability. Features like QR scanner and a dedicated Night mode, which recently arrived on the Galaxy M40, are not part of the update for the M30. As for the August security update, it fixes 17 vulnerabilities that affect only Samsung Galaxy devices and seven critical vulnerabilities found in Android OS. More details of the patch can be found in this article.

If you own a Galaxy M20 or Galaxy M30 in one of the markets mentioned above, you should see a notification for the update arrive on your handset in the next few days. You don’t need to wait, however, and can download the update over the air right away from the Settings » Software update menu on your device. You can also upgrade by flashing the relevant firmware, downloadable from our firmware archive, on the phone using a Windows PC. 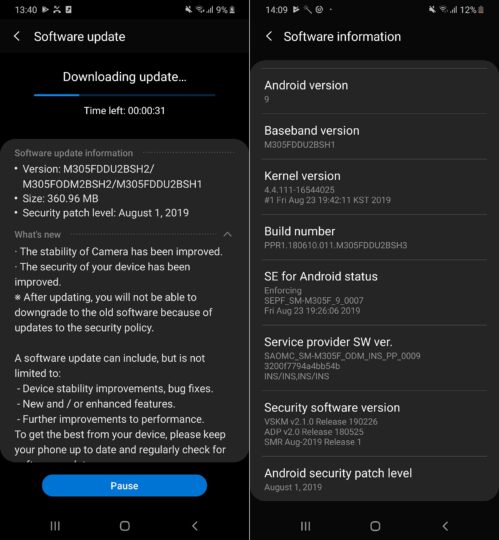 Samsung India is making the Galaxy M30 available for purchase offline. It’s been over a year since the G …