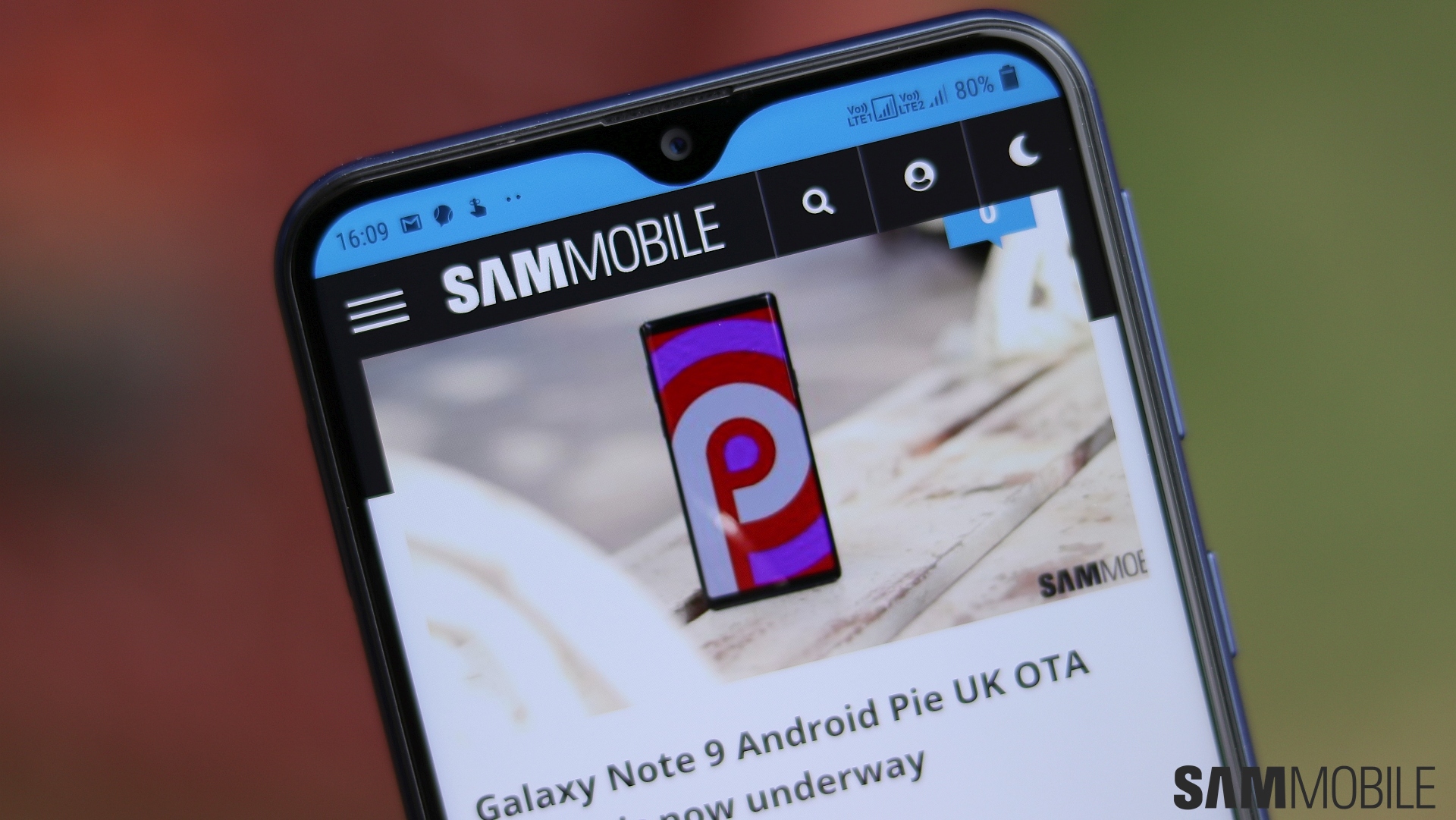 In January 2019, Samsung unveiled the Galaxy M series by launching the Galaxy M10 and M20 in India. These new devices are seen as Samsung’s first real competitors to Xiaomi’s value-for-money offerings. It is evident from the new lineup that Samsung is trying to fight Xiaomi on every aspect, including price and sales tactics.

The current Galaxy M devices share many common characteristics, and the M20, accordingly, has many similarities with both the M10 and the M30. For a small jump in price, the Galaxy M20 offers some significant upgrades over the M10. Though launched along with the M10, the Galaxy M20 has more in common with the M30 that was released a month later. 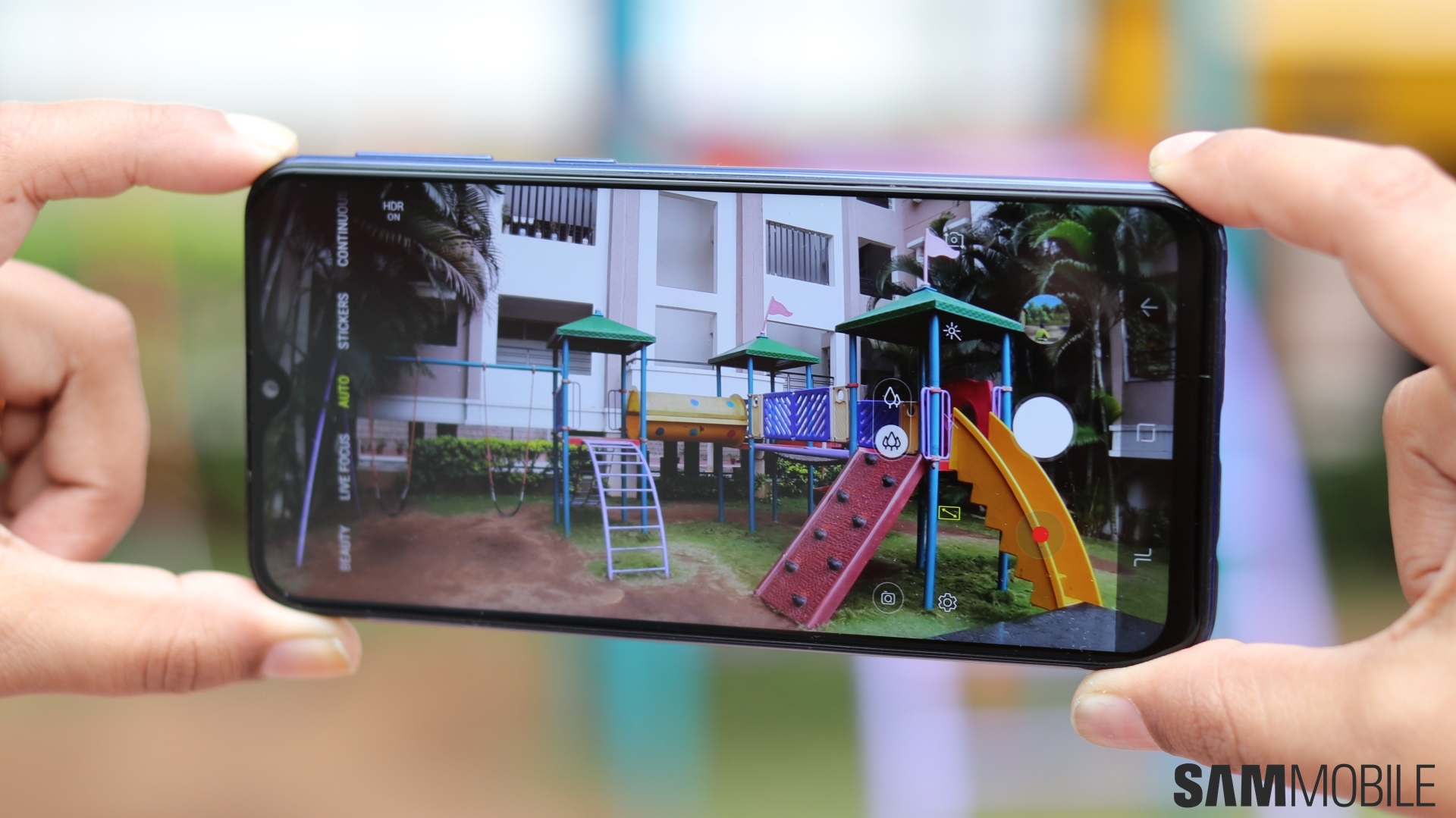 The design and build quality of the Galaxy M20 is not different from the other devices in the lineup. It is, however, closer to the M30 than with the M10 in terms of ports and button placement. The device sports a glossy plastic construction with 156.6 x 74.5 x 8.8 mm dimensions and 186 grams of weight.

On the front, the Galaxy M20 sports an Infinity-V display that, despite the large chin, gives it a better screen-to-body ratio than the company’s previous budget devices. Just like the M10 and M30, the volume and power buttons are on the right and the SIM tray with a dedicated microSD slot is on the left. On the bottom side of the device, the Galaxy M20 sports a headphone jack, USB Type-C port, primary microphone, and a speaker grille in that order from left to right.

On the rear side of the M20, there are dual cameras on the top-left corner that are arranged vertically with an LED flash below them. There is also Samsung branding in the middle with a fingerprint scanner just above it. 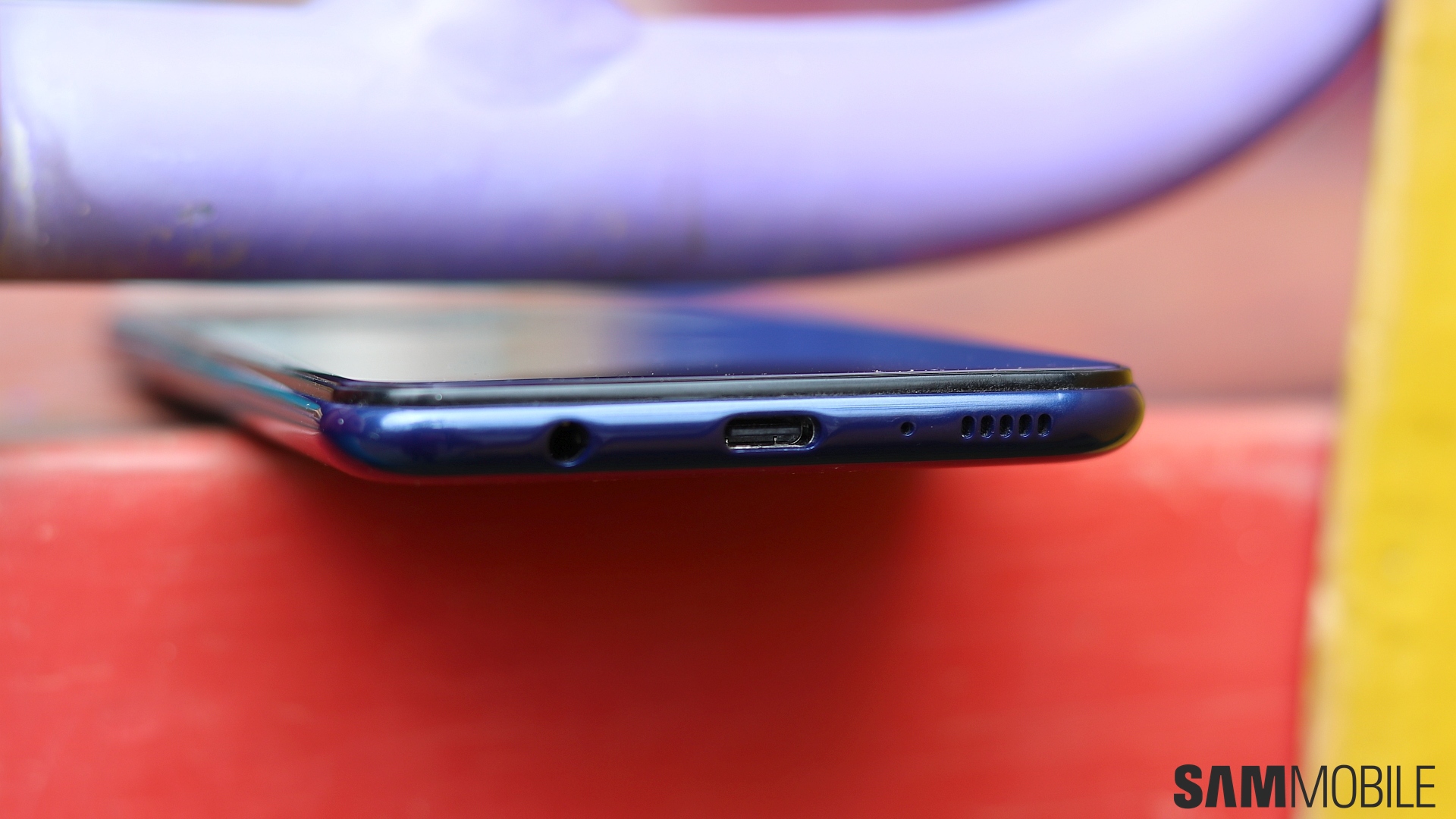 Compared to the M10, the M20 sports a better chipset, bigger battery, higher-resolution selfie camera, fingerprint reader, and a newer charging port. The M30, on the other hand, has a nicer display, an extra rear camera, better selfie camera, higher RAM and storage options when compared to the M20.

The full list of Galaxy M20 specifications can be found here.

The display of the Galaxy M20 is not much of an upgrade over the M10. Samsung equipped the M20 with a 6.3-inch Infinity-V display of FHD+ resolution (1080 x 2340 pixels) and 19.5:9 aspect ratio. With a pixel density of ~409 PPI, it’s sharper than the one on M10 but it is still a PLS TFT panel, which means the brightness, contrast, and viewing angles will be significantly inferior to the company’s Super AMOLED panels.

Customers who don’t mind paying a bit more are better off buying the Galaxy M30 as it comes a Super AMOLED display, more storage, and an extra camera on the back. 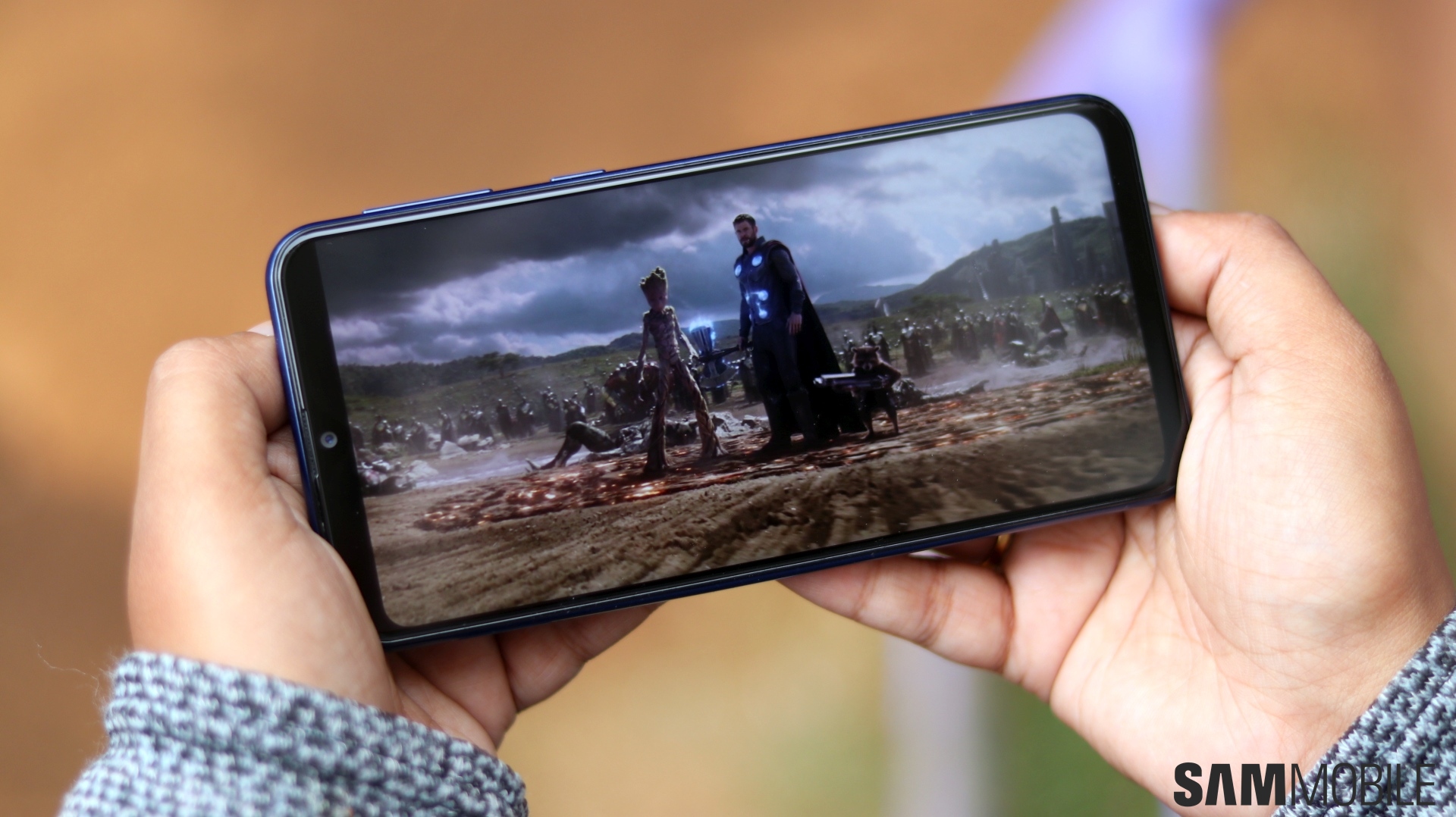 The rear camera setup on the Galaxy M20 is the same as the one found on the M10. It consists of a 13MP f/1.9 primary camera with PDAF (Phase Detection Auto Focus) and a 5MP f/2.2 ultrawide secondary camera. Supported rear camera features include panorama, HDR, Live Focus, FHD recording at 30fps, and more. 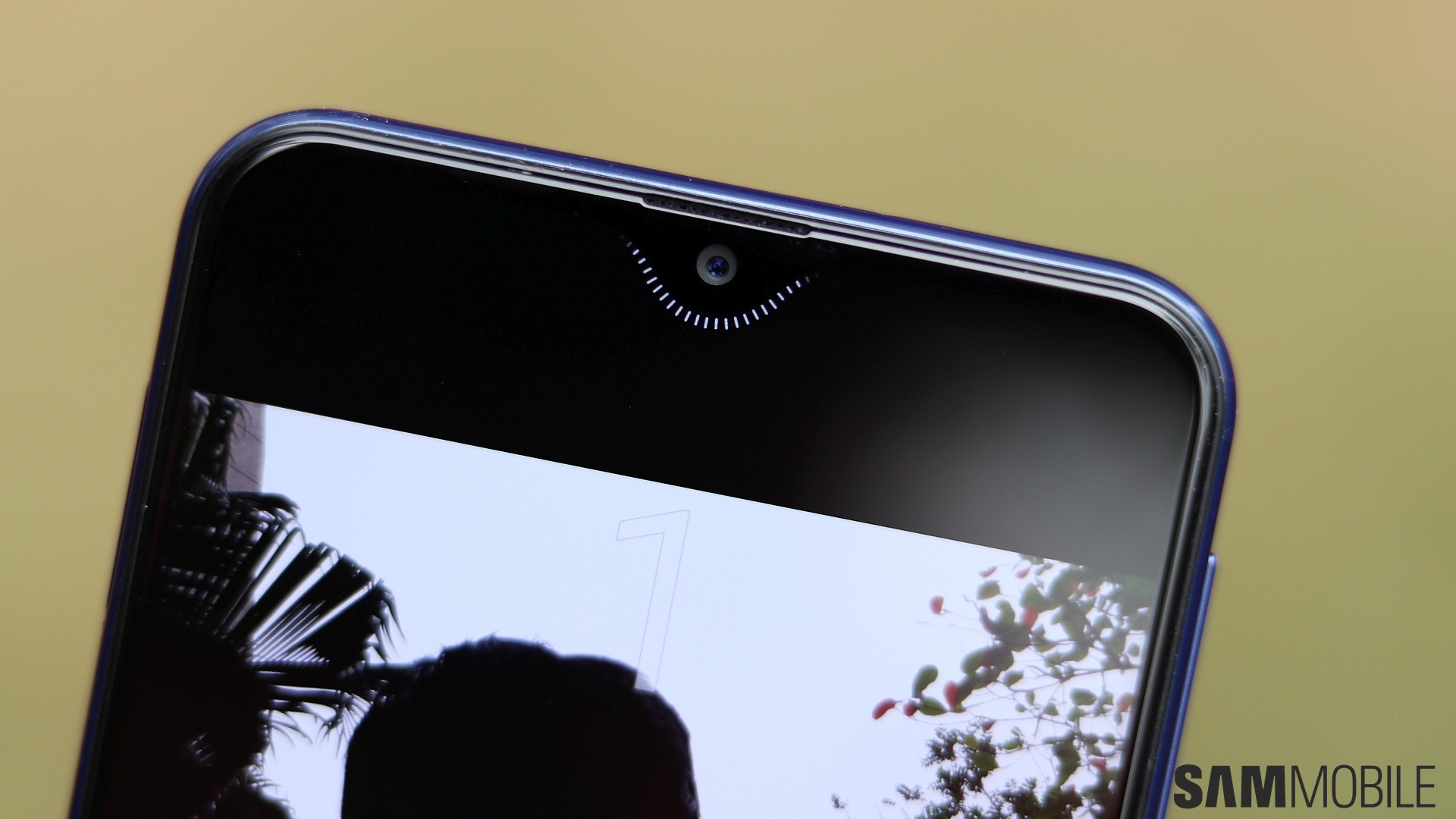 The Galaxy M20 launched with Android 8.1 Oreo and Samsung Experience UI 9.5, but Samsung updated it to Android Pie-based One UI towards the end of May. Unfortunately, this also means that the M20 will probably receive one less Android version update than the comparable A series models launched during the same time as the latter came with Android Pie out of the box.

The One UI experience on the Galaxy M20 is not much different from other devices in the company’s lineup. You can read our One UI (Android Pie) Feature Focus series to know about the major changes Samsung’s new interface brings to the table. Apart from pushing out a major Android update, the Korean company has also been releasing regular security patches to the M20.

The Galaxy M series is an online-exclusive lineup, just like the now-discarded Galaxy On series. Samsung announced the Galaxy M10 and M20 in India in the last week of January, and they went on sale a week later on Amazon and Samsung websites. Borrowing Xiaomi’s trick, Samsung is selling these devices via flash sales, keeping the demand high by making them difficult to buy.

You can follow our coverage of the Galaxy M20 to learn about new features, updates, tips, and more. To download the latest Galaxy S10 firmware, you can head over to our firmware section.

Do check out our review of the Galaxy M20 to know it performs in real life. 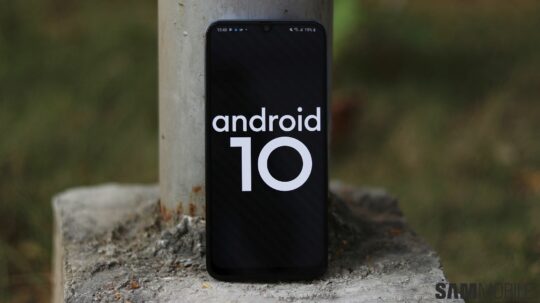 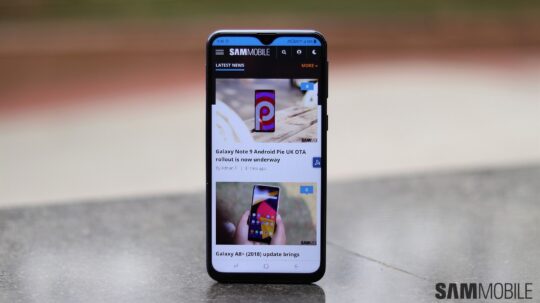 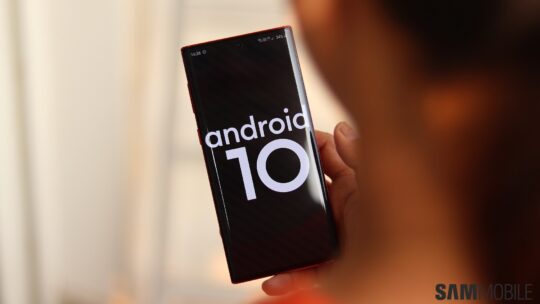 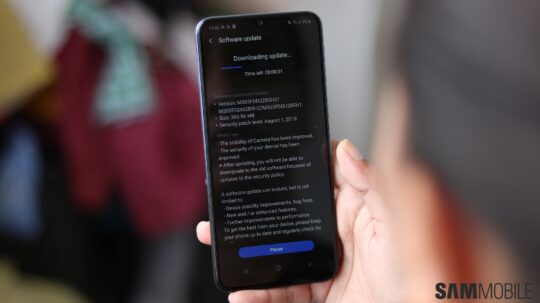