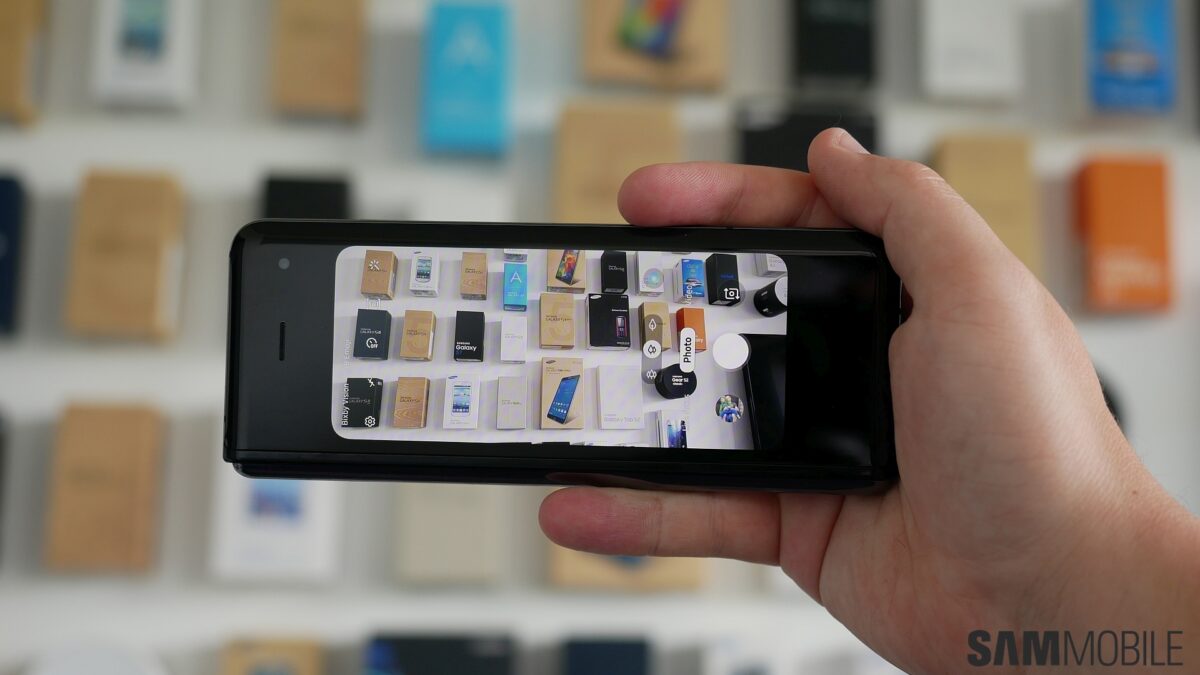 The Galaxy Fold is getting a new software update that brings its camera experience on par with the Galaxy S10 and Galaxy Note 10. The Galaxy Fold would have hit retail shelves before the Galaxy Note 10 if Samsung had tested its foldable smartphone out in the real world, but that didn’t happen. The Fold was delayed to September, and while Samsung addressed the durability concerns, it didn’t really upgrade much on the software front, meaning the $2000 Galaxy Fold went on sale with camera software that was outdated compared to the Galaxy Note 10 and Note 10+.

Samsung is fixing that today with an update that’s rolling out to the Galaxy Fold in France and the UAE and should make its way to other countries soon. The update, sporting software version F900FXXU1ASJ4, adds a Night mode for selfies, the Live focus video mode, AR Doodle, and, if the translation from the French changelog we have received is correct, the option to enable Super steady recording in Hyperlapse mode. It also brings a new video editor, which gets you the ability to stitch multiple videos together and add captions to videos.

It’s unclear if the update also adds a Hyperlapse mode for selfies, Night mode for the telephoto camera, and the new Glitz Live focus effect. The Galaxy S10 did get all that functionality along with the other Galaxy Note 10 camera features, and we are assuming the Galaxy Fold has received them as well. The same goes for the ability to run Samsung DeX on PC. The Galaxy S10 and Galaxy Note 10 both support it, but whether support has now been added for the Galaxy Fold is unknown.

We can’t currently check since all of our Galaxy Folds are the 5G variants, but if you have received the update on your LTE Galaxy Fold in France or the UAE (or another country), do let us know down in the comments if you see all of those features on the device after it has been upgraded to the new software. You can download the update over the air by going into the Settings app on your Galaxy Fold, selecting Software update, then selecting the Download and install option.