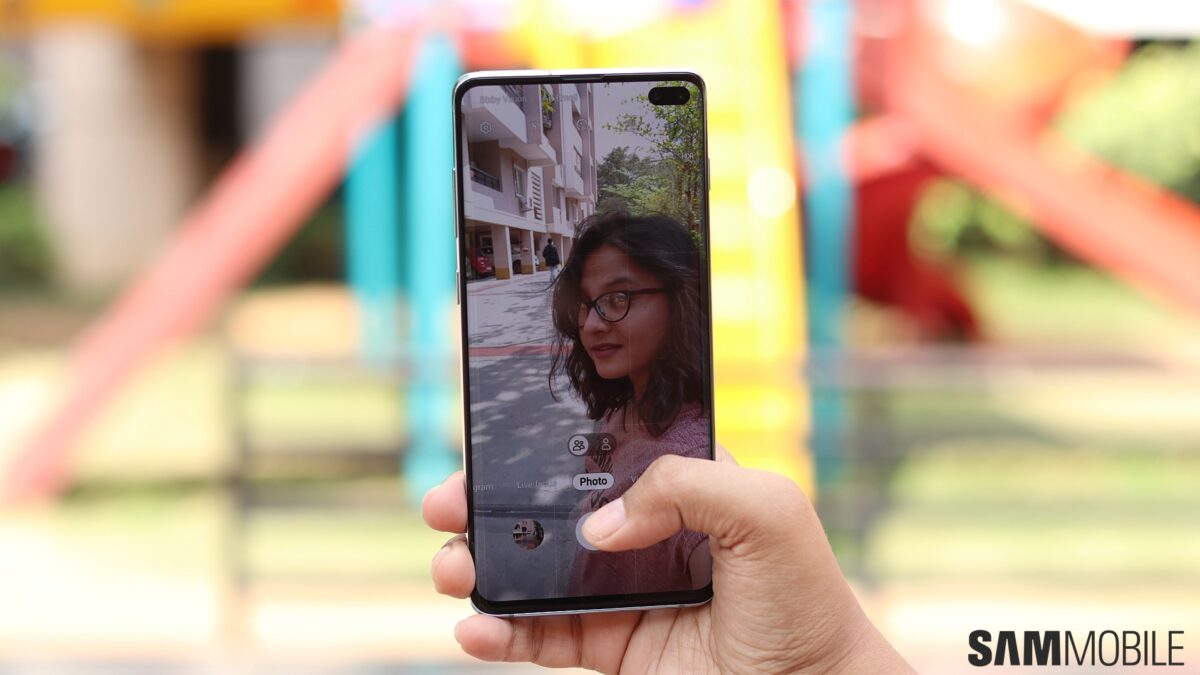 AR Doodle is a camera feature that debuted on the Galaxy Note 10 and Note 10+, but it didn’t stay exclusive to the two Notes for long as Samsung brought it over to the Galaxy S10 lineup with a software update starting September 23. AR Doodle is a fun little video recording feature that allows you to draw on top of whatever it is you’re recording with the phone’s camera. These drawings — doodles, to be more precise — maintain their original position, so if you doodle something on a person’s face, the doodle will follow the face as the camera moves around and will show up every time that’s person’s face is in the frame.

AR Doodle also works for videos without people in them. In such videos, each doodle will stay fixed in the place where you drew them, and the doodle will show up every time the camera is aimed at that place. AR Doodle is loads of fun, and while the S Pen on the Galaxy Note 10/10+ makes for sharper doodles, the feature works pretty well on the Galaxy S10 lineup as well. You can use AR Doodle for both the front and rear cameras (you can only doodle on faces with the front camera) and create doodles in real-time while a video is being recorded or doodle before you start video recording.

Check out the video below for a short glimpse on what AR Doodle is all about. This is from our Galaxy Note 10+ review, and the AR Doodle bit comes up at the 2 minute 20 second mark and goes on until the 2 minute 39 second mark.

The software update that introduces AR Doodle to the Galaxy S10e/S10/S10+ is being released in stages and will take time to reach all countries and all users, but those who have received the update already might be wondering where the AR Doodle feature is located. On the Galaxy Note 10/10+, it can be accessed from the S Pen’s dedicated Air Command menu; on the Galaxy S10, it can be found in the camera’s video recording mode.

AR Doodle is accessed from the camera’s video recording mode

Here’s what you need to do to fire up AR Doodle on the Galaxy S10e, S10, or S10+: Open the Camera app, switch to the Video mode, then hit the AR Doodle icon on the top right corner of the display (see the icon marked in red in the screenshot below). You will be taken to the AR Doodle interface, where you can switch between Face and Everywhere mode depending on whether it’s someone’s face you wish to doodle on or on your general surroundings and also find a variety of pen styles and font colors to choose from.