This year, Samsung unexpectedly introduced a new mid-range smartphone bearing the Galaxy F41 moniker, and it turns out that it won’t be a one-off Flipkart exclusive. Samsung is planning to release additional Galaxy F-branded phones in India next year, and the next one in line might be called the Galaxy F62.

The said smartphone model was recently benchmarked with the online tool Geekbench and the results are quite unusual. According to the test, the Galaxy F62 carries the same Exynos chipset that you would find inside the Galaxy Note 10, i.e., the Exynos 9825.

Although the chipset was introduced last year as an Exynos 9820 refresh, it still was a flagship-grade solution. It’s rather surprising to see a mid-range phone – and a Galaxy F-branded one at that – adopt a top tier SoC, even if it’s from a year ago and carries the Exynos brand.

The Exynos 9825 SoC inside the Galaxy F62 will be paired with 6GB of RAM, reveals the benchmark. In addition, the smartphone is being tested running Android 11 and it will hit the shelves with the same version of Android OS pre-loaded. Benchmark scores clock in at 763 and 1952 points in single-core and multi-core tests, respectively.

There’s no telling when exactly Samsung intends to launch the Galaxy F62, partly because the series is so new and there’s no history behind it to use as reference. The first model in the series – the Galaxy F41 – was unveiled and released in October, but seeing the benchmark at hand, it’s more likely that the Galaxy F62 is scheduled for release in the first half of 2021.

We’ll keep you posted. In the meantime, what’s your take on the idea of repurposing previous flagship-grade Exynos chipsets for the mid-range segment? Leave a comment below. 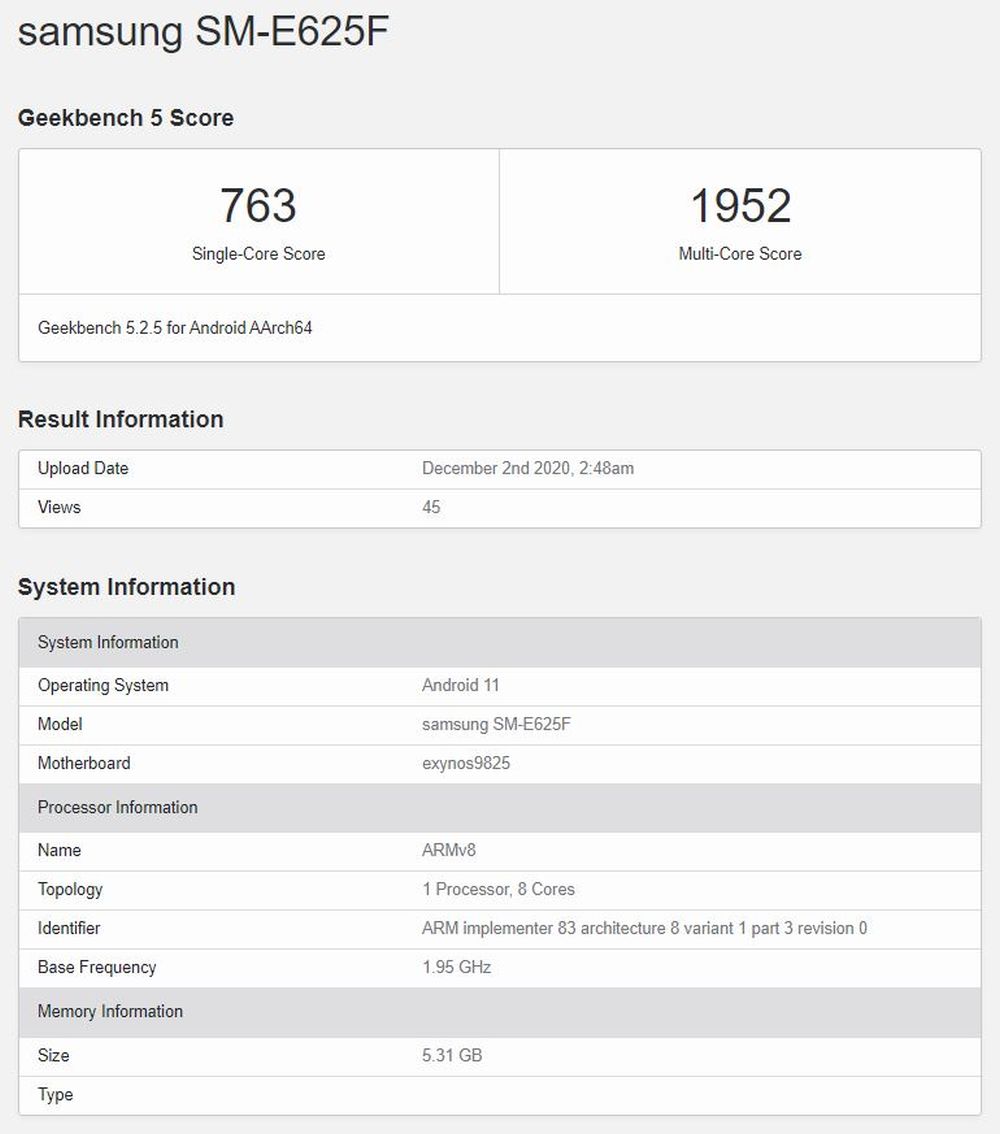 Galaxy F62 launch sparks another round of complaints from offline reta …

Galaxy F62 goes on sale in India with cashback offers