Galaxy A22 5G’s processor and other details get revealed 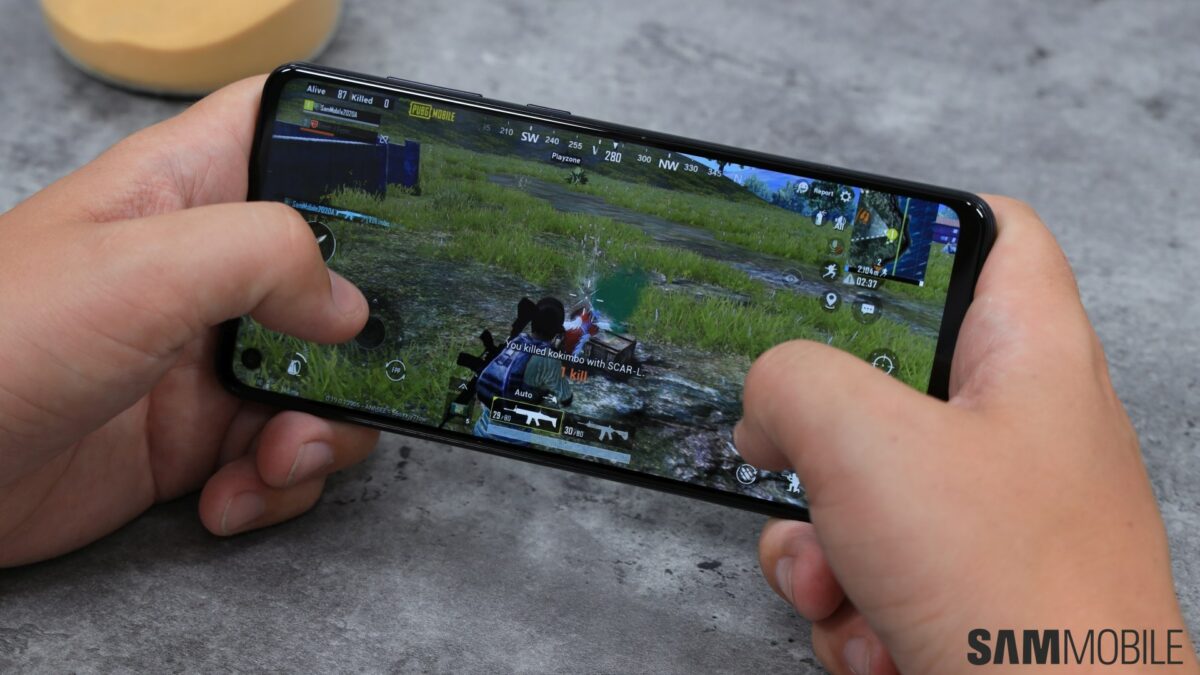 The Galaxy A22 5G (SM-A226B) was found in Geekbench’s database. According to the information available in the listing, the smartphone runs Android 11 and comes equipped with MediaTek’s Dimensity 700 processor (MT6833V) and 6GB of RAM. The processor features two Cortex-A76 CPU cores clocked at 2.2GHz and six Cortex-A55 CPU cores clocked at 2.2GHz. The chip also features ARM Mali-G57 MC2 GPU running at 950MHz. It is a 5G chipset that supports both SA and NSA modes, and a peak download speed of up to 2.77Gbps.

The upcoming smartphone seems to have scored 562 points in Geekbench 5’s single-core test and 1,755 points in the multi-core test. Due to higher clock speeds, these scores are better than the Galaxy A32 5G’s Dimensity 720 processor. We can expect the Galaxy A22 5G to feature Wi-Fi b/g/n/ac, Bluetooth 5.0, dual-band GPS, and a USB Type-C port. In some markets, the phone will also be launched in a 4G variant (SM-A225F).

Going by previous leaks, the Galaxy A22 5G could be launched in the second half of 2021, and it could be priced somewhere around KRW 200,000 ($180) in South Korea. It could be available in four colors: gray, white, light green, and purple. Going by the leaked renders of the phone, it appears to feature a quad-camera setup, a side-mounted fingerprint reader, an Infinity-V display, and a 3.5mm headphone jack. 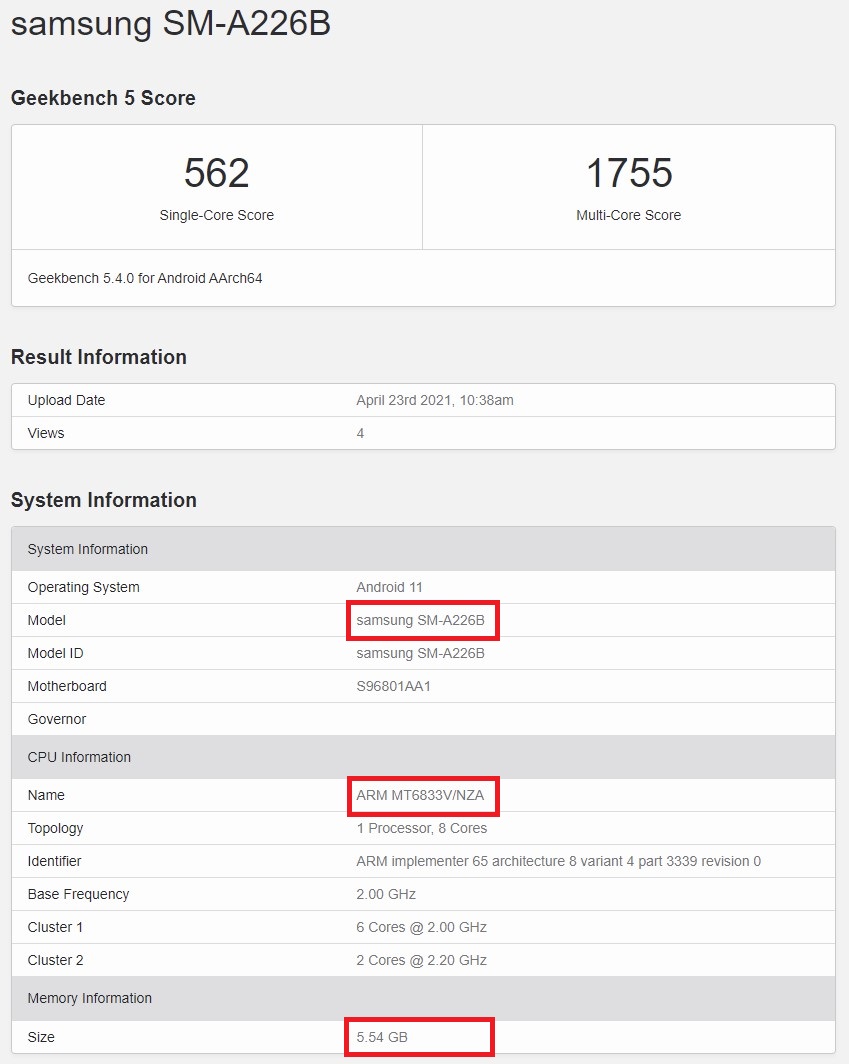