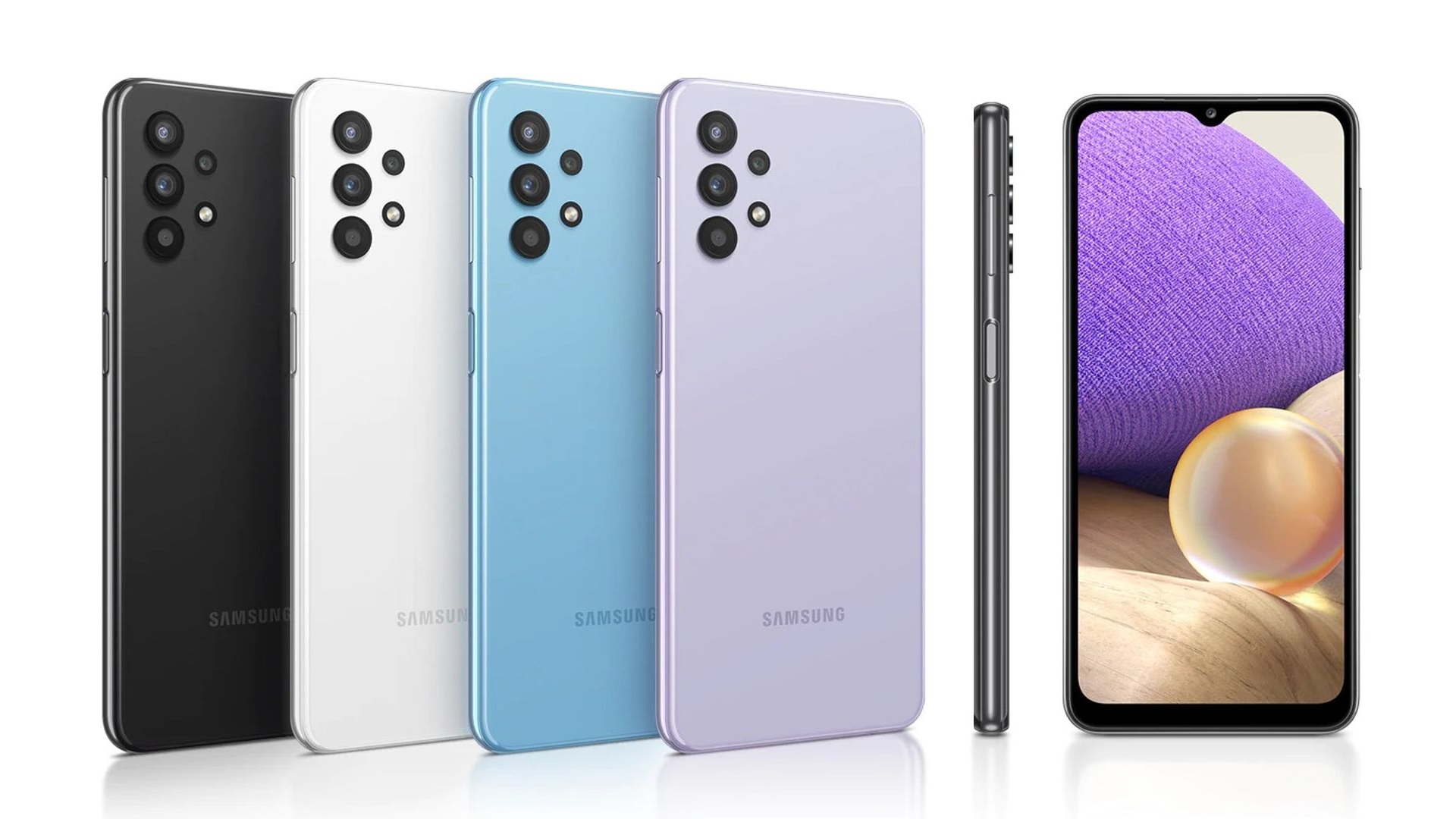 The Galaxy A32 5G was Samsung’s most affordable 5G-enabled phone to date at the time of its unveiling, as the company gave no signs that it might be planning to release a cheaper 5G-enabled phone before the end of 2021. 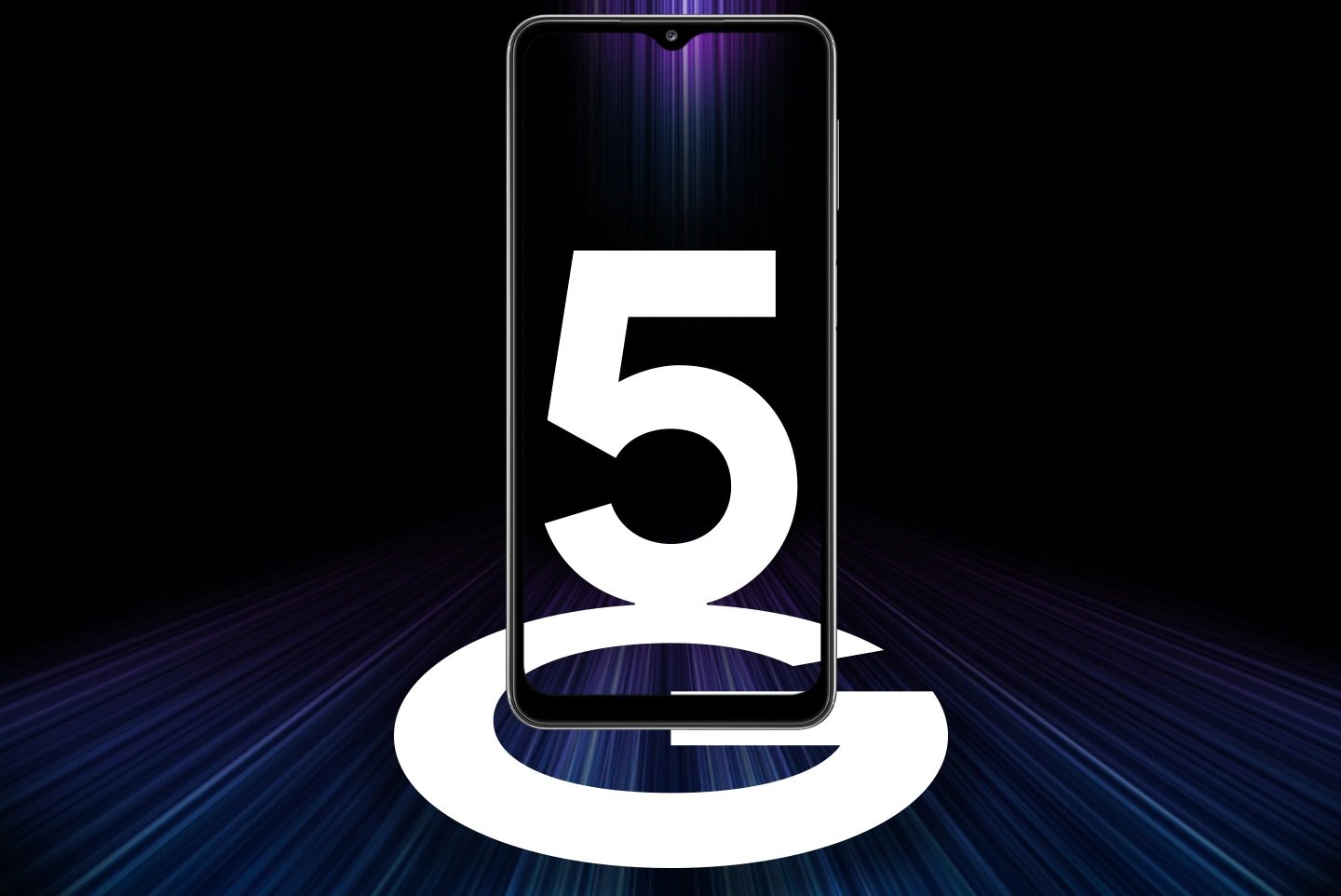 It’s no surprise then that the Galaxy A32’s 5G capabilities are presented as one of the phone’s main selling points all throughout the official marketing material. But, of course, the phone has more to offer than just 5G, and it even flaunts a new design language that lacks the prominent camera bump.

At the front, the Galaxy A32 5G looks very much like any other Galaxy phone with an Infinity-V display, but the back panel stands out with a sleek design and a glossy finish. There is no rectangular or square-shaped camera housing; instead, each camera module sticks out from the back of the phone individually, giving it a more elegant look. 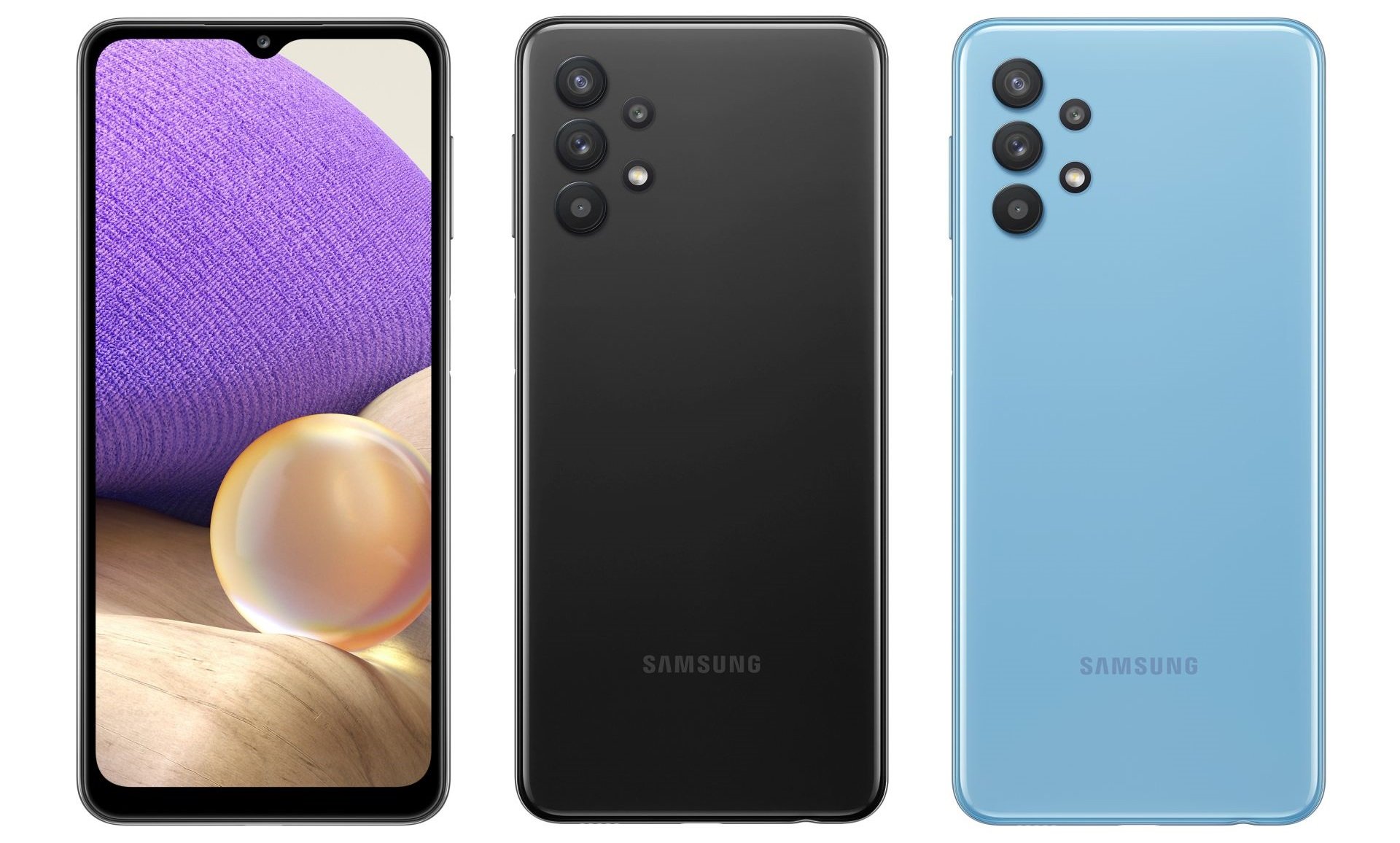 A metal frame acts as the bridge between the glossy back panel and the Infinity-V display. The screen has a relatively thick bezel at the bottom and the phone is equipped with a side-mounted fingerprint scanner right below the volume rocker. The device weighs 205 grams and measures 164.2 x 76.1 x 9.1mm.

The Galaxy A32 5G is equipped with a 6.5-inch Infinity-V TFT display with an HD+ resolution. It relies on an unnamed octa-core chipset, though evidence strongly suggests this is the MediaTek Dimensity 720 SoC.

The phone ships with 4GB / 6GB / 8GB of RAM and 64GB / 128GB of built-in, expandable storage. It’s powered by a 5,000mAh battery with 15W fast charging, and other features include Dolby Atmos surround sound and a 3.5mm headphone jack.

The Galaxy A32 5G has three rear-facing cameras coupled with a fourth sensor and an LED flash. The fourth module is a 2MP depth sensor with fixed autofocus and an f/2.4 aperture. The back panel also carries a 48MP main shooter with an f/1.8 aperture along with an 8MP ultra-wide (f/2.2) and a 5MP (f/2.4) macro sensor. 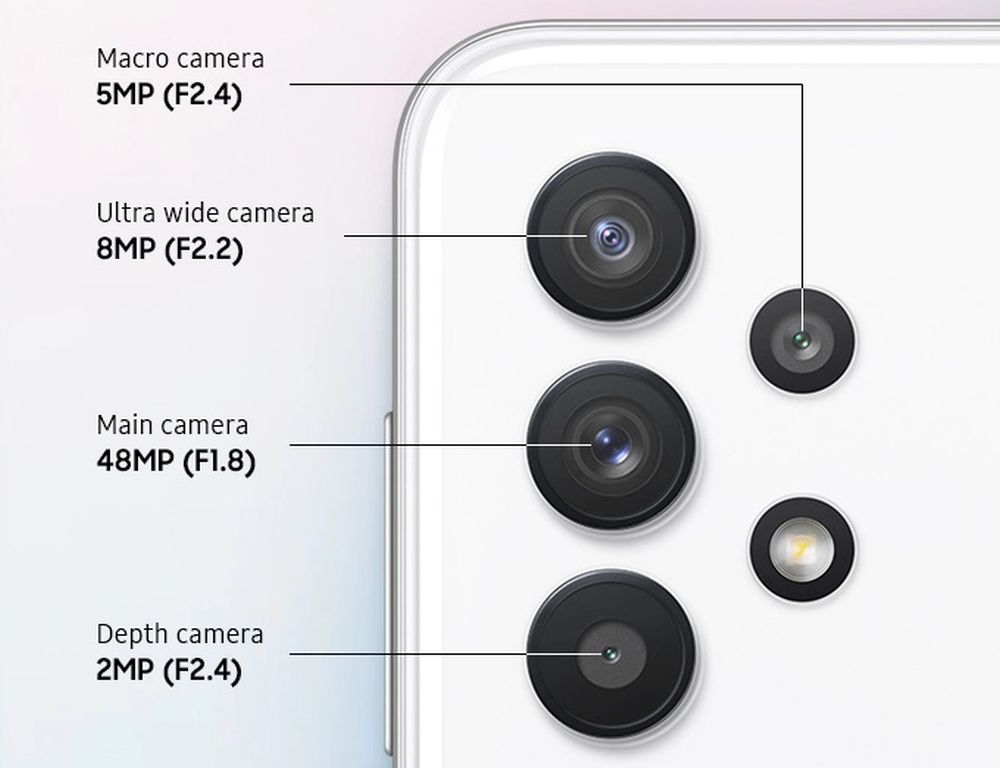 Save for the 48MP main camera, every other sensor lacks autofocus. Meanwhile, the Infinity-V display notch accommodates a 13MP shooter with an f/2.2 aperture.

At launch, it wasn’t perfectly clear what software the Galaxy A32 5G might be using, as Samsung was oddly quiet about this detail. Nevertheless, the device should be running Android 11 and One UI 3.0 out of the box. 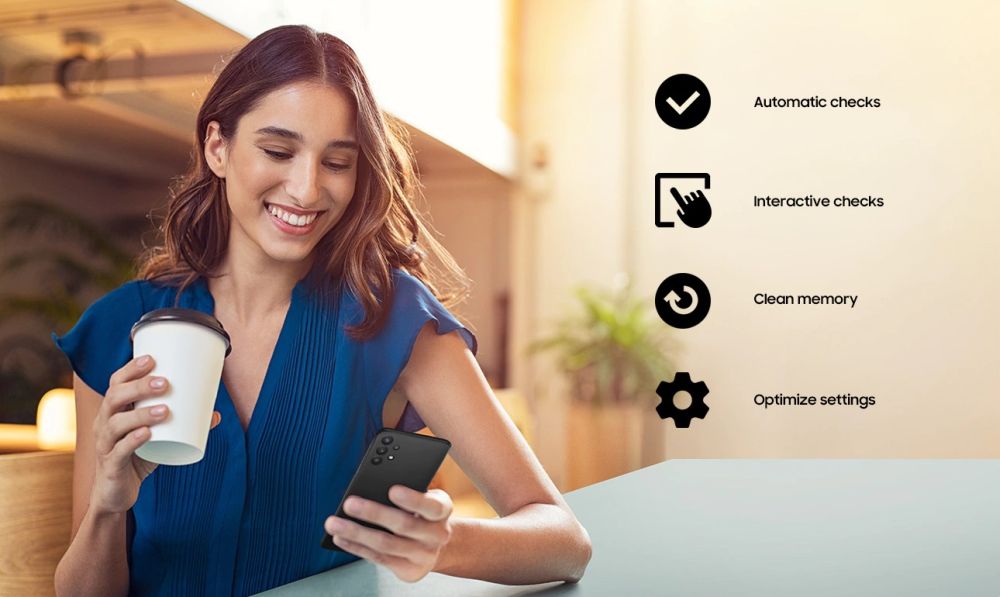 As usual for a budget device, the version of One UI is lacking some features, and the phone doesn’t support Samsung Pay and Samsung DeX.

Samsung unveiled the Galaxy A32 5G one day ahead of Unpacked 2021. It was announced on January 13 and it debuted in Europe on February 8 for the starting price of €279.

You can keep up to date with the latest developments surrounding the Galaxy A32 5G by following our newsfeed. SamMobile readers also have free access to various resources such as Samsung APK files, firmware, and wallpapers.

They are downloadable for free but signing up to an optional premium membership comes with additional benefits such as faster firmware download speeds and ad-free browsing on our website, access to SamMobile giveaways and more. 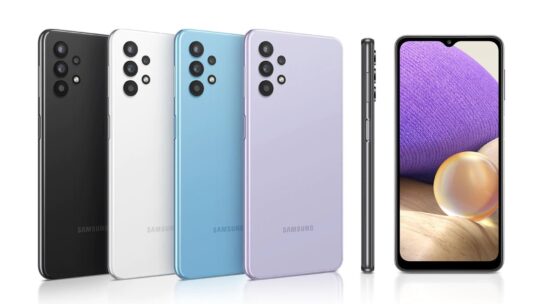 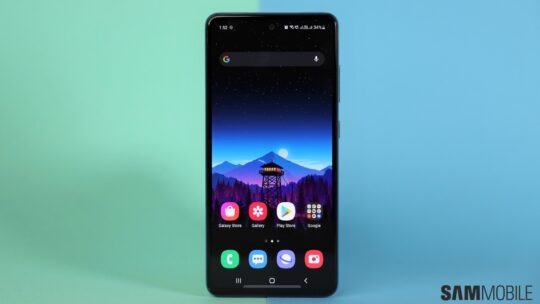 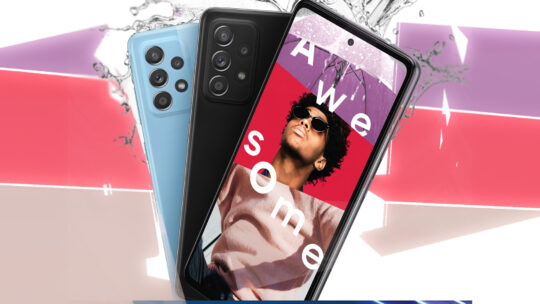 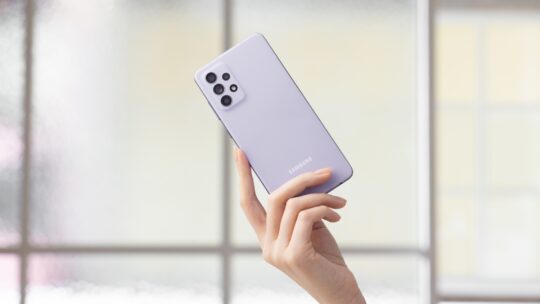