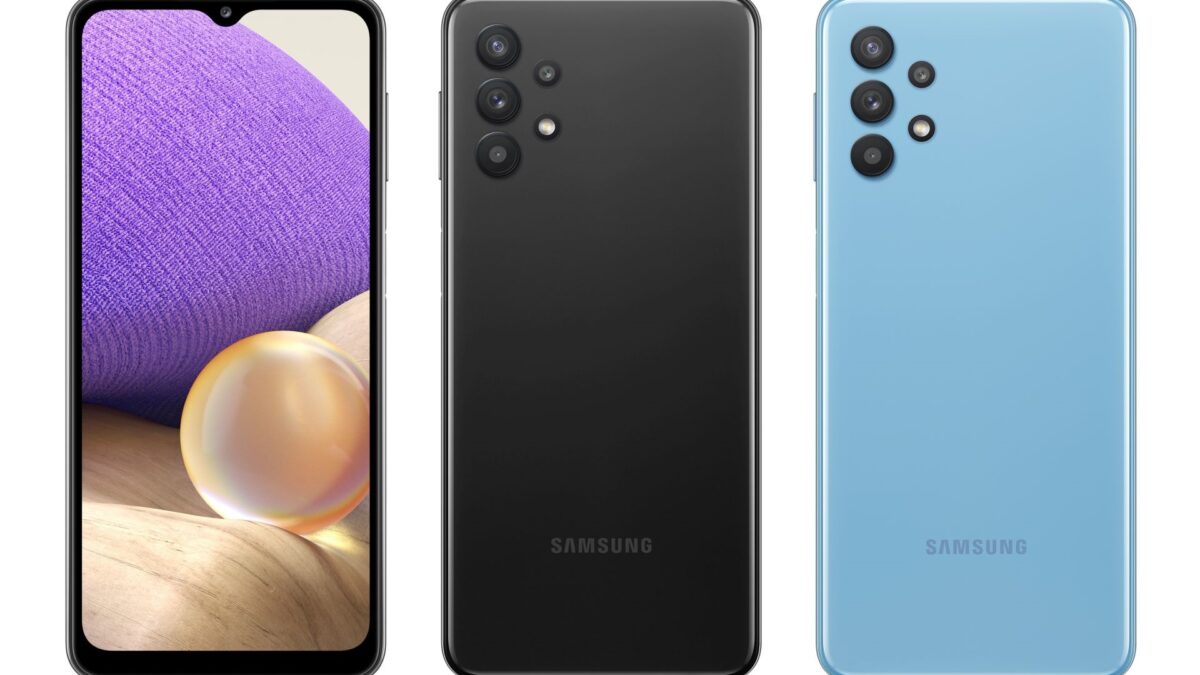 With just one day left before Unpacked 2021 brings us the new Galaxy S21 series, Samsung has officially announced its least-expensive 5G-enabled phone of the year, called the Galaxy A32 5G. It looks nothing like the Galaxy S21 but, then again, it looks equally different next to other budget-oriented Galaxy devices.

The Galaxy A32 5G looks very familiar from the front because it has a 6.5-inch HD+ Infinity-V display with fairly thick bezels all around and an even thicker chin. However, the same device introduces a new design for the back panel and the camera array, and it looks very different compared to what we’ve seen from Samsung so far. Each camera has its own cutout instead of residing in a larger camera housing that would occupy a larger portion of the back panel.

Although Samsung hasn’t outright confirmed this, every bit of evidence so far indicates that the Galaxy A32 5G is powered by a MediaTek Dimensity 720 chipset featuring two Cortex-A76 CPU cores clocked at 2.0GHz and six Cortex-A55 cores operating at a similar 2.0GHz frequency.

The processor works hand-in-hand with 4/6/8GB of RAM and the phone is equipped with 128GB of storage expandable by up to 1TB via microSD. Biometric authentication is handled by a side-mounted fingerprint scanner and the device relies on a 5,000mAh battery with 15W fast charging.

Samsung hasn’t revealed any pricing and availability details just yet but we suspect more information will be revealed after Unpacked 2021. We’ll let you know as soon as we find out more. 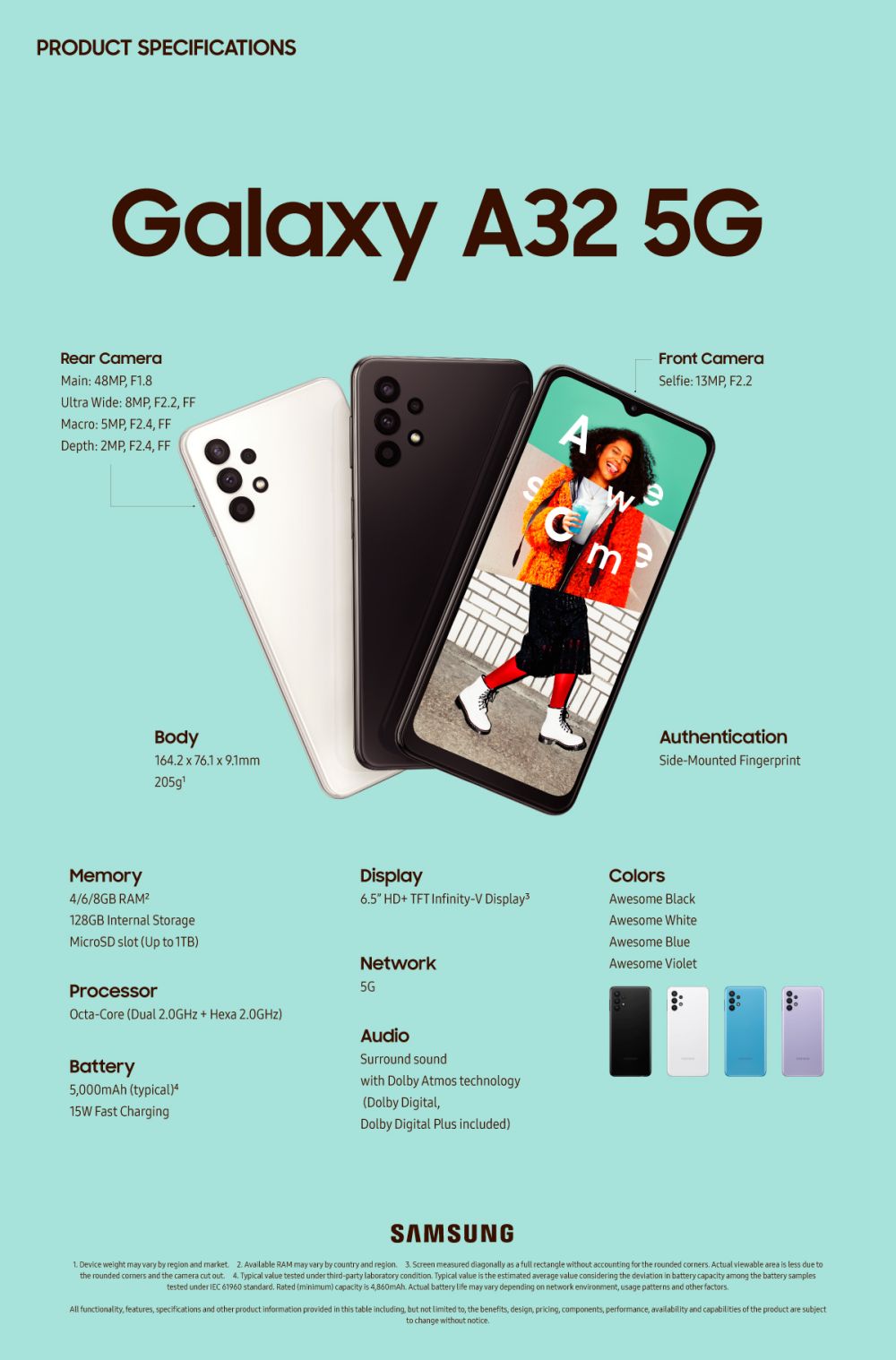