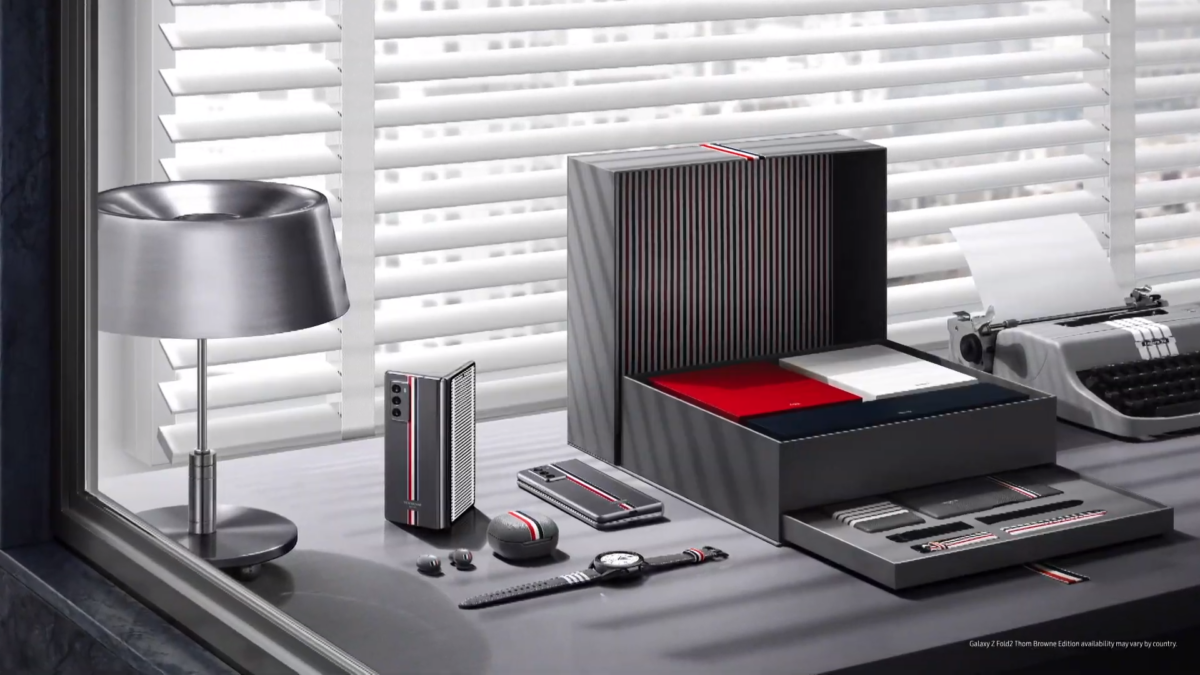 The upcoming Galaxy Z Fold 2 Thom Browne Edition was showcased at Galaxy Unpacked and as expected, this special edition comprises the Galaxy Z Fold 2 itself as well as a pair of Galaxy Buds Live and the new Galaxy Watch 3, all carrying the fashion designer’s signature Americana striping against a gray color.

Expect to pay a premium for this treatment

Samsung has yet to reveal the exact prices for the Galaxy Z Fold 2 but the second-gen foldable smartphone-tablet hybrid is expected to cost about the same as the original Galaxy Fold, if not a little bit extra.

However, the Galaxy Z Fold 2 Thom Browne Edition will cost more than the standard version of the phone, as you would expect. After all, customers will be paying a higher price primarily for the entire special edition package which includes the aforementioned wearables.

Until then, feast your eyes on the image galleries above and below showcasing the Thom Browne Edition in all its beauty.