Samsung’s budget Galaxy J series is a crowded and confusing lineup. Keeping track of this series is a difficult task as the model numbers and specifications vary from market to market. Samsung seems to be in no mood to clear this mess as it is gearing up to launch even more Galaxy J series phones this year.

Earlier this year, we came across a list of unannounced Galaxy devices in the leaked Galaxy Note 8 Oreo beta firmware files. The list hinted at new Galaxy J series phones under the J4 and J6 names. Devices with model numbers pointing towards these names have also been spotted on benchmarking websites, adding some credibility to the news of their existence.

Now, a new device with the model number SM-J720F has been spotted at the FCC, indicating an impending launch. This could be a new Galaxy J7 model if we go by the current naming pattern of Samsung devices. We can confirm from our sources that this device is headed towards markets in Southeast Asia, Middle East, and North Africa. The device will launch in both single-SIM and dual-SIM variants.

This new Galaxy J7 model has also surfaced on GFXBench and Geekbench websites, revealing some of its specifications. The device will be powered by an Exynos 7885 processor, runs Android 8.0, and will have either 3 or 4 GB RAM. While the FCC documents pretty much officially confirm the existence of the SM-J720F device, the alleged specifications revealed in benchmarks cannot be taken at face value as benchmark results can be easily faked. 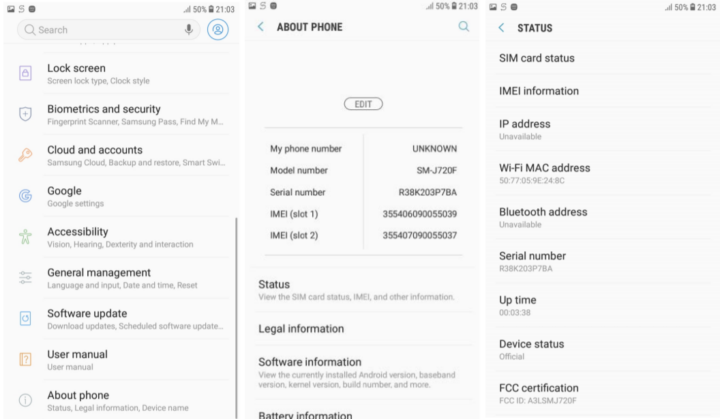 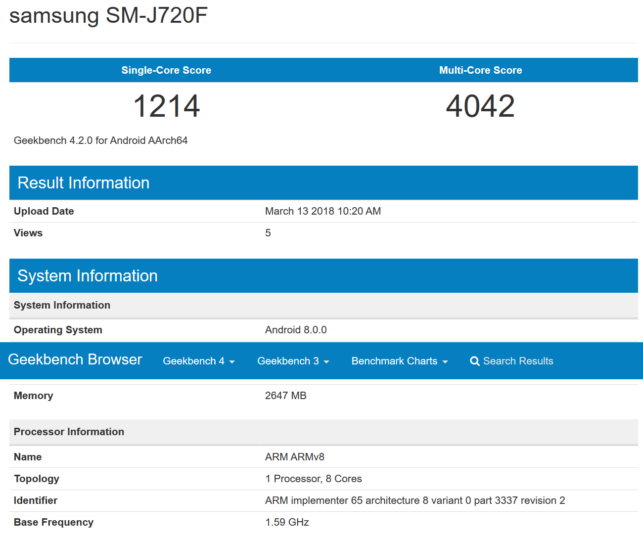 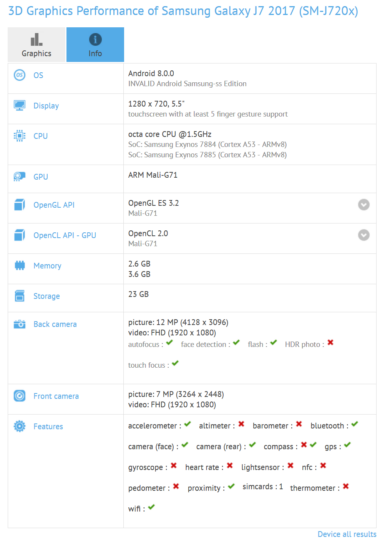