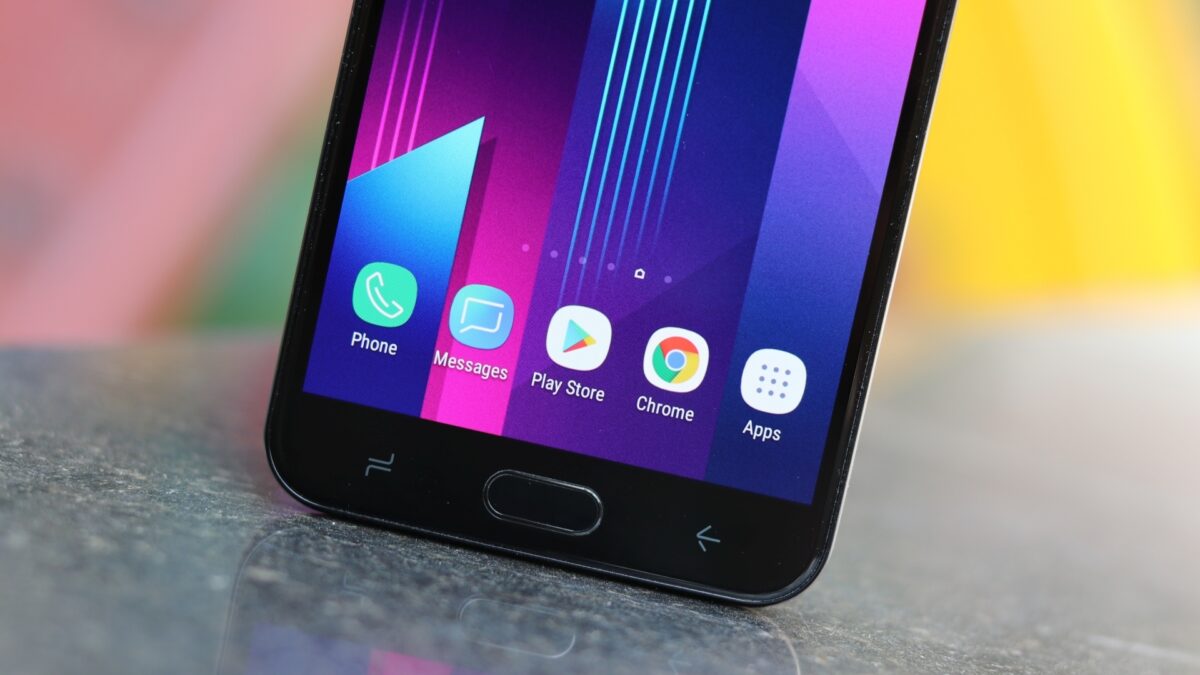 Another Samsung smartphone is making the jump to Android Pie complete with One UI. The update is reportedly being rolled out on the Galaxy J7 Star by T-Mobile in the United States (model number SM-J737T), and although the changelog has yet to be published on T-Mobile’s support page for the device, a screenshot shared online by TizenHelp reveals that the update is identified as software version J737TUVU5BSG2.

The package weighs a little over 1.1GB and also happens to include the July 2019 security patch. The most noticeable change will be the new One UI which replaces the old Samsung Experience Android skin. One UI has a bigger focus on one-handed usage, the UI elements are modernized, new features are included, and the software is less bloated overall. Among the new features, there should be gesture-based navigation and a system-wide dark mode.

The Galaxy J7 Star was launched last year running Android Oreo, and Android Pie is the first big update to change the version of Android OS for the device. As mentioned above, the software package is quite hefty so you might want to download it over a Wi-Fi network. To update, users can either tap the notification if they’ve received one, or open the Settings app then tap Software update, Download updates manually, and follow the on-screen steps. Keep in mind that, as of this writing, the update hasn’t been detailed by T-Mobile on the official support page so it may take a bit longer before the update notification arrives automatically. 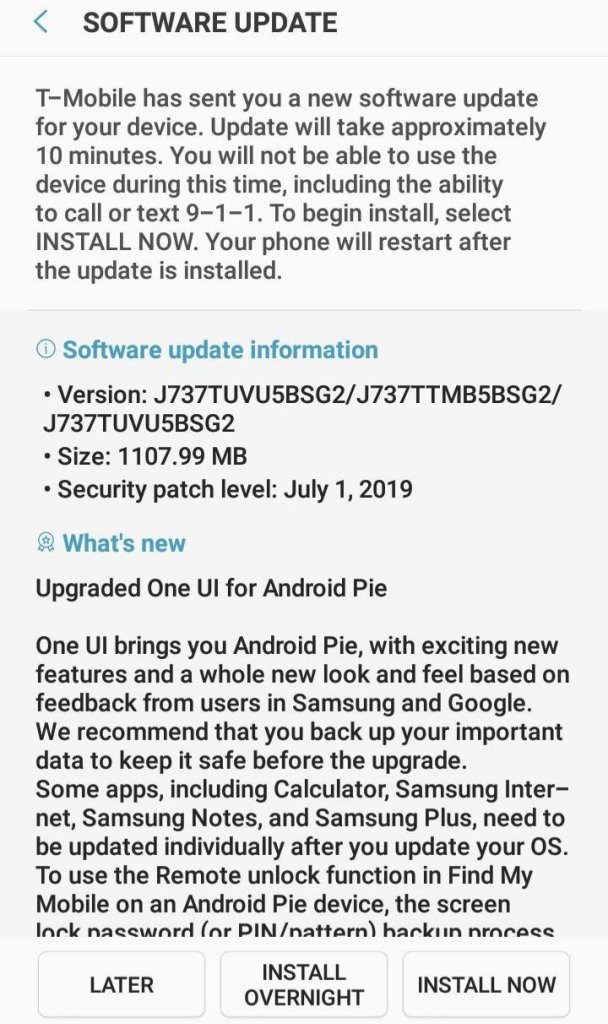