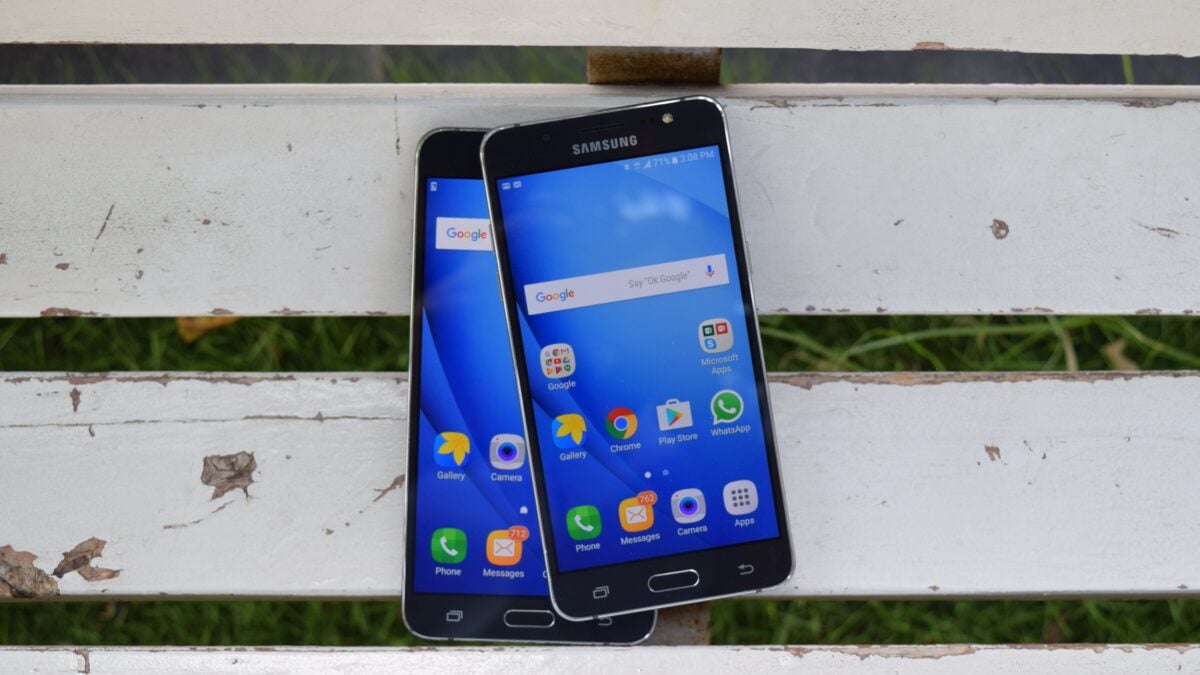 So, the Galaxy On8 launched in the Indian market today. Last week, the Galaxy On (2016) lineup was announced in China. A few days before that, India saw the launch of the Galaxy J5 Prime and the Galaxy J7 Prime. These are a lot of devices to launch in a month, but then it’s something we have gotten used to when it comes to the Korean giant. Except now, Samsung seems to have lost the plot completely and is making a mess of its budget smartphone lineups.

Take a look at this conversation I had with my SamMobile colleague earlier in the day, discussing exactly where the Galaxy On8 stands: 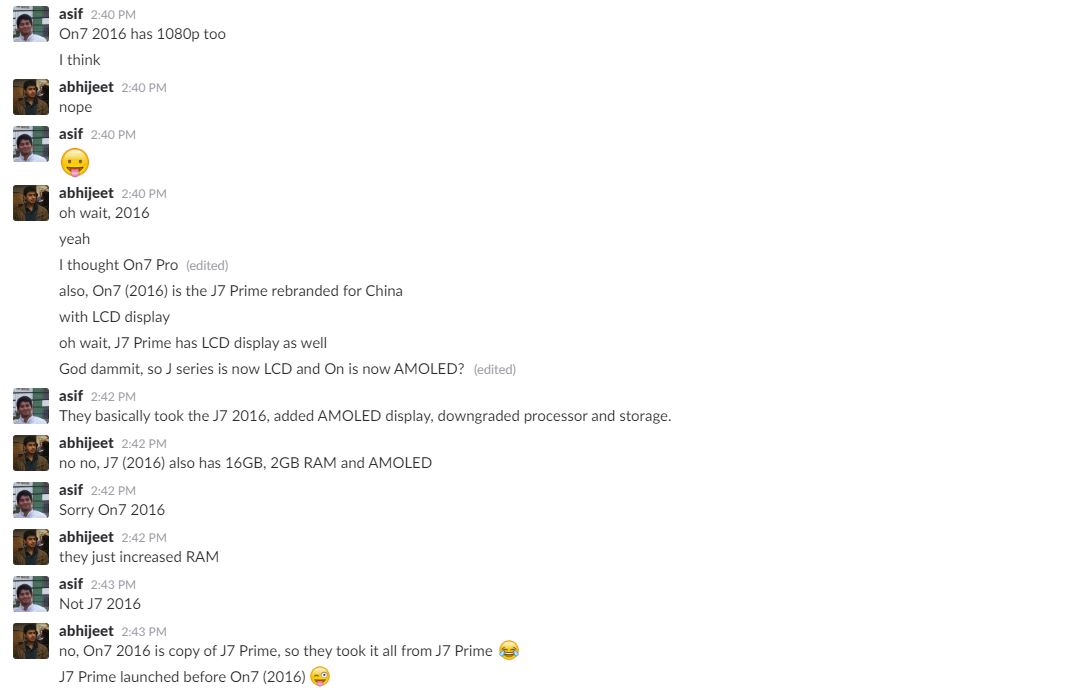 Do you see how confused we were? It’s a telling sign of how logic or planning no longer dictates how the company goes about making its smartphones if Samsung can confuse those who write about its devices every day. The Galaxy On8 is a rebranded Galaxy J7 (2016), rebranded because the On series is only sold online and it would have been impossible to do so if Samsung had kept the Galaxy J title. The Galaxy On8 is also a Galaxy J7 Prime with an AMOLED display replacing the latter’s LCD display. Meanwhile, the Galaxy On5 (2016) and Galaxy On7 (2016) launched in China are simply the J5 Prime and J7 Prime under different names.

I know what some people are thinking: What’s wrong with rebranding devices and selling them off as different options in different markets? Well, nothing much, except Samsung has also forgotten what each lineup used to stand for. The Galaxy J series, for example, was supposed to be all about the Super AMOLED display, while the Galaxy On series had LCD displays and considerably lower price tag. Now, the Galaxy J5 and J7 Prime mean the J series also has LCD displays, and the On series has moved on to Samsung’s excellent Super AMOLED panels.

Indian retailer Flipkart even lists the Galaxy On8 with the Galaxy J7 (2016)’s model number, so it is purely a name change. Before you start wondering why Samsung didn’t simply drop the J7 (2016)’s price, I should point out that it has to do with the online-only availability of the On series. Taking brick and mortar stores out of the equation means Samsung can aim for a lower price without cutting down on features or hardware. In that regard, it is actually good that the On8 exists, as consumers can opt for the same specs offered by the J7 (2016) – which is the most feature-packed Samsung smartphone in India under $250 – for a lesser price.

But rather than working on offering consumers as great a proposition as it can at different price points, Samsung is just haphazardly launching devices with varying names and slightly varying prices. There is apparently no clear aim, and it’s a good sign that Samsung’s penchant for letting its subsidiaries in different countries operate in a vacuum is making things go out of hand. Maybe this is all the company can do if it intends to stay relevant in a segment that is overrun by Chinese manufacturers offering excellent smartphones at ultra affordable prices, but Samsung really needs to create a game plan instead of throwing things at a wall and seeing what sticks.