Samsung Galaxy A90 5G has large battery, is coming to Europe

The 5G variant of Samsung’s new Galaxy A90 will pack quite an impressive battery. Furthermore, it is now clear this device will not remain limited to South Korea but will come to several European countries as well.

Recent rumors pointed to Samsung working on a revamped Galaxy A90 with 5G connectivity, at least in its home market of South Korea. So we are not at all surprised to see the certification of a Samsung battery sporting product code EB-BA908ABY. If you are versed in Samsung’s product numerology, you will know this battery belongs to a phone with model number SM-A908, which is, indeed, the alleged A90 5G.

The EB-BA908ABY certification, as spotted by GalaxyClub, comes with a handy photograph that tells us all we want to know: it has a typical capacity of 4500 mAh, and a rated capacity of 4400 mAh. This is quite a bit larger than the battery of the Galaxy A80, which was originally developed as the A90, and matches that of the Galaxy A70 and Galaxy S10 5G. 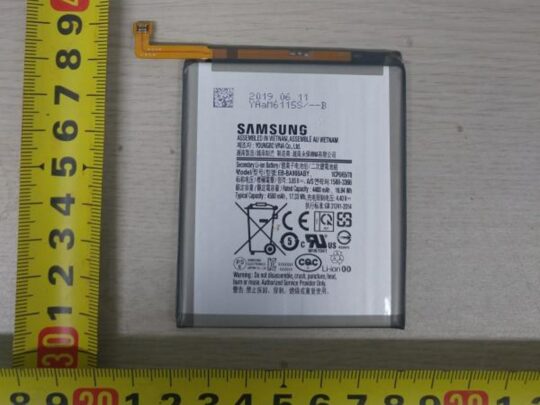 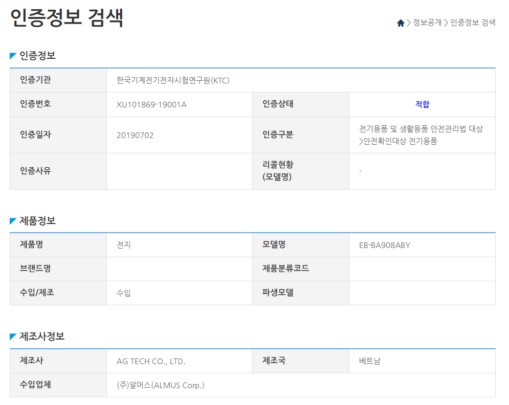 And to be sure: the SM-A908 is indeed the Galaxy A90 5G, and it will not be limited to Samsung’s home market. As GalaxyClub points out, the Korean SM-A908N has a brother under model number SM-A908B. This year, Samsung has started using the ‘B’ designation to indicate 5G variants of international device versions. For example, the international Galaxy S10 5G is identified as the SM-G977B.

And lo and behold, the SM-A908B is being developed for a number of European countries, such as the UK, Germany, France, Scandinavia, and Italy. Though we do not expect the Galaxy A90 5G to be as cheap as some of the other devices in Samsung’s A series, it will probably be a lot more affordable than the Galaxy S10 5G, which sets European back nearly €1200.

Aside from the powerful battery, the Galaxy A90 5G is expected to pack a 32MP or even a 48MP camera, a 6.7-inch display, and 45 watt charging. It probably won’t have a pop-up camera like the Galaxy A80. After all, the massive battery will leave little room for the elaborate mechanism required for such a feature. We do not know when Samsung will launch the new A90, but it might very well be part of the company’s autumn releases, sometime after the Galaxy Note 10 sees the light of day.

More news »
Galaxy A90 5G starts getting Android 11-based One UI 3.1 update Asif S.|2 months
Galaxy A50 and Galaxy A90 are the latest phones to get One UI 2.5 update Asif S.|5 months
Samsung is Western Europe’s leading 5G phone vendor but not for long Mihai M.|7 months
These are Samsung’s nineteen 5G-enabled device models launched so far Mihai M.|8 months
SamMobile Weekly Giveaway
Best Picks More »
Best Samsung Phones in May 2021 – Picked by experts
2 weeks ago