A benchmark entry for the Galaxy A90 5G on Geekbench is confirming earlier rumors that the device would be powered by the Snapdragon 855 SoC. Samsung has never used a flagship chipset for a mid-range device before, but with 5G connectivity possible only on flagship chips like the Snapdragon 855 and Exynos 9820 at this time, it isn’t very surprising that the A90 5G will come with top-of-the-line silicon under the hood.

What’s slightly odd, however, is that the Galaxy A90 5G has only 6GB of RAM while the recently released Galaxy A80 comes with 8GB of RAM. It’s possible the A90 will come in both 6GB and 8GB RAM variants — just the presence of 5G connectivity would make the A90 quite the costly device, and offering options for storage and RAM would allow Samsung to keep the retail prices a bit more palatable.

After all, the A90 will also have some other impressive specs, like a 4,500 mAh battery and “exclusive tilt OS” technology, all of which are likely to put the A90 dangerously close to flagship smartphones on the price spectrum. Just what the actual pricing will be is something only time will tell. The same goes for a release date, which will probably be sometime after the Galaxy Note 10 goes official in early August. 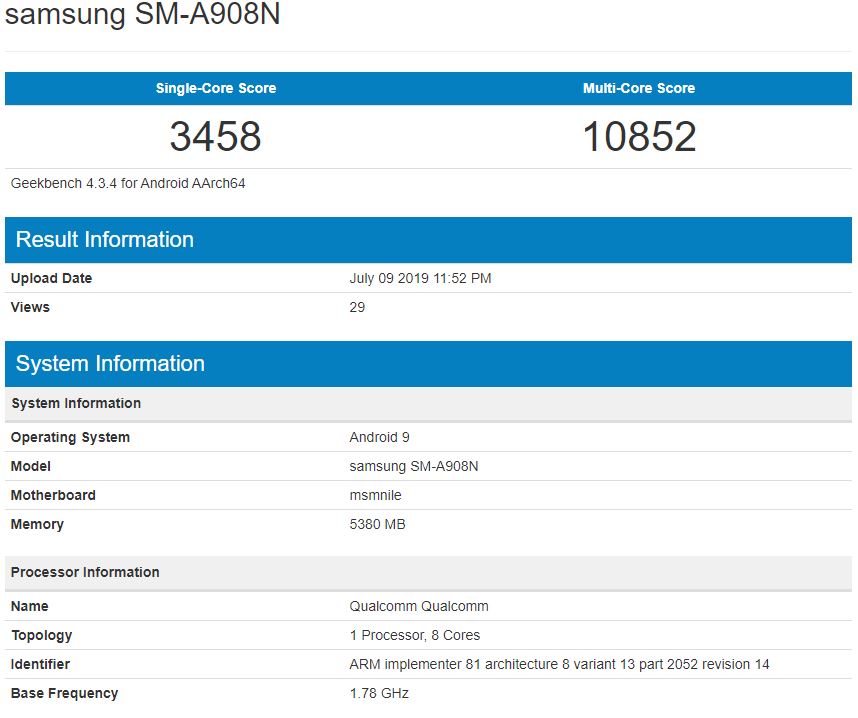 More news »
Galaxy A90 5G starts getting Android 11-based One UI 3.1 update Asif S.|2 months
Galaxy A50 and Galaxy A90 are the latest phones to get One UI 2.5 update Asif S.|5 months
Samsung is Western Europe’s leading 5G phone vendor but not for long Mihai M.|7 months
These are Samsung’s nineteen 5G-enabled device models launched so far Mihai M.|8 months
SamMobile Weekly Giveaway
Best Picks More »
Best Samsung Phones in May 2021 – Picked by experts
1 week ago