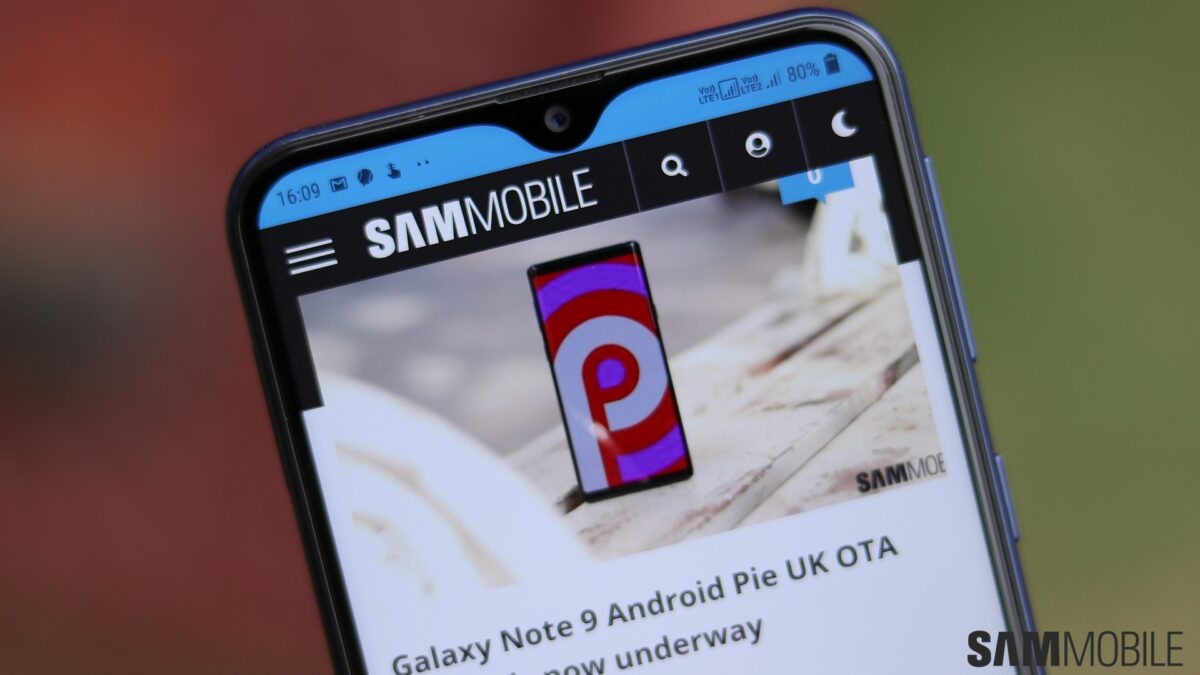 Samsung unveiled the Galaxy M20 earlier this year. Our first assessment based on the hands-on time we had was that it was Samsung’s most competitive budget smartphone. The handset has done quite well in India and the other markets that it has been launched in ever since.

We had reported previously that Samsung may also bring its best budget phone to Europe. Galaxy M20 firmware for markets like Spain, Germany and Italy is already available from our database. A new report now reveals that this handset will be launched as the Galaxy M20 Power in Europe.

While Samsung NL hasn’t officially announced the device as yet, the Galaxy M20 Power can already be reserved at Bol.com. It’s one of the biggest online electronics retailers in the Netherlands and Belgium. The device has a suggested retail price of 239 euro but the retailer is offering it for 209 euro.

Despite having a 6.3-inch LCD display, the Galaxy M20 is rather compact for its screen size. It even has a 13-megapixel primary sensor coupled with a 5-megapixel ultra-wide sensor that has a 120-degree field of view. Performance duties are handled by the Exynos 7904 with 3/4GB RAM and 32/64GB storage variants. The biggest selling point of this device is without a doubt its chunky 5,000mAh battery.

Samsung has priced the Galaxy M20 very aggressively in India. The 239 euro 4GB/64GB variant costs the equivalent of under 170 euro. Smartphone prices do tend to vary by market but the difference here does suggest it doesn’t need to get too aggressive owing to less competition in the budget segment.

The company is yet to confirm when the Galaxy M20 Power will be officially released. Samsung has relied on online sales across the globe to sell this device. That appears to be the strategy for Europe as well. Do check out our Galaxy M20 review to find out why we feel this device is a masterstroke from Samsung.