Samsung has launched Quick Measure, an AR-based application that uses the Galaxy S10 5G‘s dedicated Time-of-Flight (ToF) sensor to assess the distance between two objects, or calculate the area, length or depth of one, in real-time — relaying the sum of the calculation back to the user.

Seeing as Quick Measure requires a ToF sensor to function, it isn’t compatible with the standard Galaxy S10 or the Galaxy S10+. And for that reason, it won’t work with almost all the devices in the firm’s line-up; though it should run just fine on the Galaxy A80, which also has a ToF sensor. 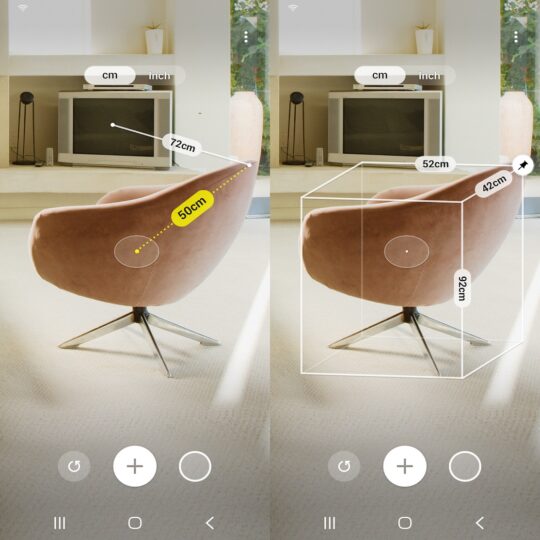 We haven’t had a chance to try out Quick Measure ourselves, seeing as the Galaxy S10 5G is still yet to launch outside of Korea. We have, however, used similar features by competitors and were left underwhelmed by their performance, so we’re optimistic Samsung has built on their shortcomings.

Samsung launched the Galaxy S10 5G in South Korea on April 5, where it’s been welcomed with a somewhat mixed bag of reviews. The handset is expected to launch in the United States through local carrier Verizon on May 16. There’s no word on when it will hit the shelves in other regions.