A confirmed Verizon Galaxy S10 5G release date has not yet been provided by the carrier. It was confirmed at the launch event that Verizon would be the first carrier to get it in the US. The Galaxy S10 5G will remain exclusive to Verizon for a while before arriving on other carriers.

An earlier report had claimed that Verizon would release the Galaxy S10 5G on May 16. A render of the Verizon Galaxy S10 5G has now appeared online. It also hints at May 16 as the launch date for the device.

The United States would be the second country in the world with a commercial mobile 5G network going live this month. South Korea already did it on April 5. That’s also when the Galaxy S10 5G was released in Samsung’s home country.

Verizon is flipping the switch on its mobile 5G network on April 11. However, it’s yet to confirm when the Samsung flagship will be offered. It was previously said that the release would take place in the second quarter of this year. May 16 is in line with that estimate.

A report last week claimed that Verizon will open pre-orders for the Galaxy S10 5G on April 18. It’s said to have completed initial testing of the phone on its network. Once the final testing is completed, the handset is expected to be released on May 16. The date on this render also hints at that same release date.

Neither Samsung nor Verizon have confirmed anything about this officially. However, with Verizon close to launching its mobile 5G network, it’s only a matter of time before its 5G device is made available for purchase. The render itself doesn’t bring any surprises with regard to the design itself. Samsung showed off the device alongside all of the other Galaxy S10 models in February. We already have a detailed Galaxy S10 5G hands-on published on SamMobile. 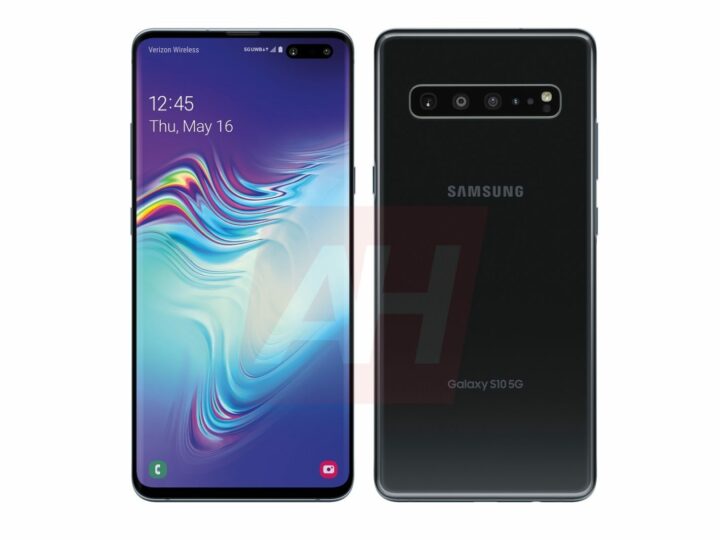