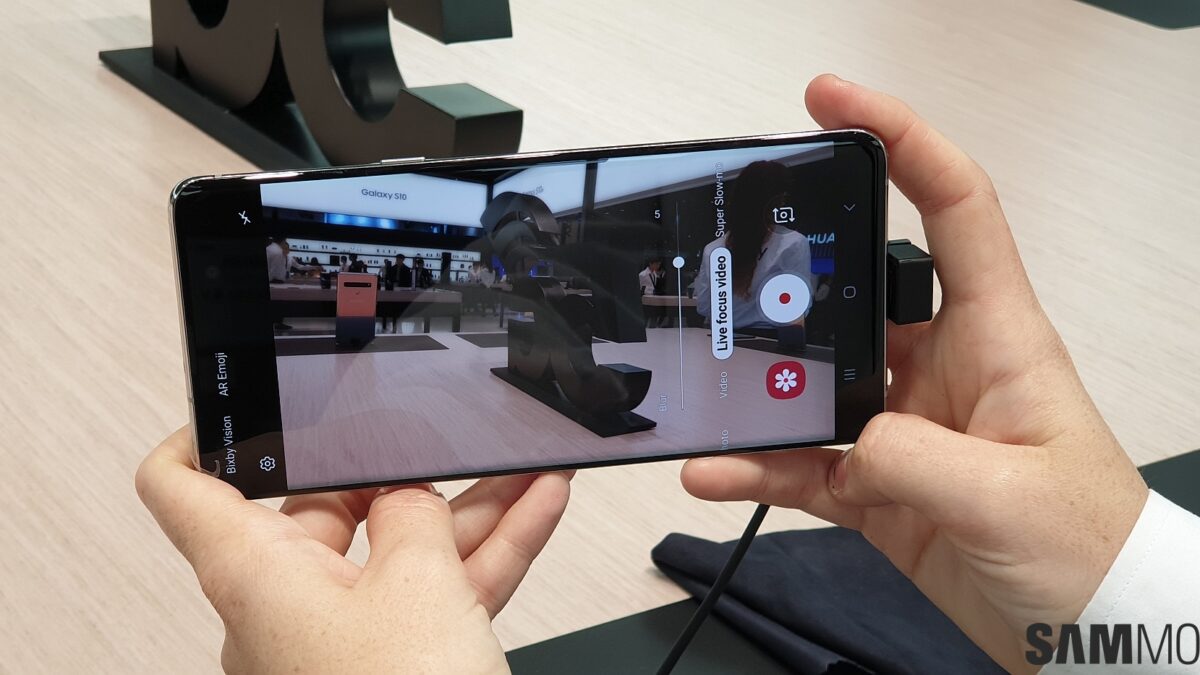 DxOMark has published its in-depth Galaxy S10 5G camera review today and given it an overall score of 112 points for the rear cameras and 97 points for the front-facing cameras. That ties it with the Huawei P30 Pro for rear camera performance and puts it at the top in selfie rankings. When broken down into photo and video scores for the rear cameras, the S10 5G has scored 117 and 100 points respectively, slightly higher than the Galaxy S10+’ 114 and 97 points. But, as the site points out (no pun intended), the scores have improved not because of under-the-hood enhancements to image quality, but because of slightly different camera settings.

For example, the Galaxy S10 5G offers you the option to use either the telephoto lens or the ultra-wide lens for Live Focus portrait pictures. The regular Galaxy S10s use the ultra-wide camera for bokeh shots, and while that allows more leeway in framing bigger subjects and enables the Galaxy S10e to also take Live Focus pictures, it can cause some “unflattering perspective distortion of the portrait subject,” as DxOMark puts it.

And the option to select the telephoto or ultra-wide lens for portrait shots might make its way to the S10 and S10+ later this month through a software update, as DxOMark says even the Galaxy S10 5G firmware it tested is not yet available to consumers. That update may not include a dedicated Night mode, though. DxOMark doesn’t say their Galaxy S10 5G had this mode, so the wait for improved ultra-low-light shots may not end in the very near future.

4K video recording enabled out of the box

The other important change on the Galaxy S10 5G is that it records 4K videos out of the box (every other Galaxy device that supports 4K video recording comes with Full HD as the default video resolution). That and the the front-facing camera’s ability to shoot videos with more stable focus indoors and fewer artifacts in videos recorded while walking contribute to the 100-point video score. What doesn’t contribute to that store is the Live Focus video capability that the ToF (time-of-flight) sensor enables, as DxOMark doesn’t currently test bokeh videos.

DxOMark maintains that the Galaxy S10+ is still an amazing phone for photography, despite the Galaxy S10 5G’s noticeable improvements. It will be interesting to see whether the software changes seen on the 5G model’s camera will make their way to the non-5G S10’s. They probably will, as Samsung doesn’t stand to gain anything by limiting these minor yet useful improvements to the Galaxy S10 5G. Or so we hope.