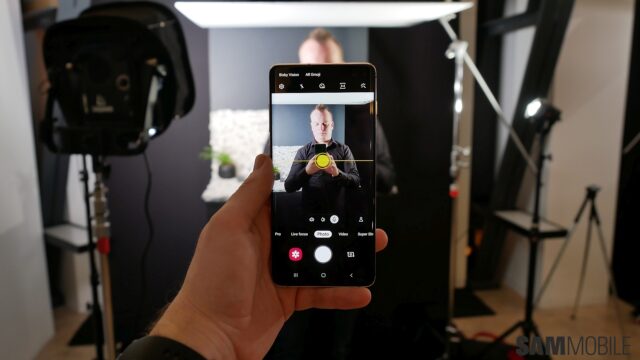 The Galaxy S10+ has come out as the best overall phone for smartphone photography in DxOMark’s preliminary testing of Samsung’s latest flagships. With a score of 109 points for the rear cameras and 96 points for the front cameras, the Galaxy S10+ comes out at the top in both, tying with the Huawei P20 Pro and Huawei Mate 20 Pro for the rear camera score and besting every other phone with the selfie score.

Last year, when DxOMark started testing front cameras, the Galaxy Note 9 took the crown for the best phone for selfies alongside the Google Pixel 3. The Galaxy S10+’ front camera is an improvement in most aspects over the Note 9’s, partly thanks to the second lens. Some of the pros of the Galaxy S10+ front camera in still imaging include pleasant skin tones, good target exposure, low noise, and accurate and repeatable autofocus, among others.

The cons include dull colors and loss of fine detail in low light conditions and soft faces in group portraits. When it comes to front-facing videos, the Galaxy S10+ keeps noise under control, has good color rendering and skin tones, and “efficient image stabilization.”

Fine detail an issue with the rear cameras

For the rear cameras, the S10+ gets 114 points and 97 points in the photo and video categories. Some of the highlights include accurate white balance and good color rendering, low noise levels in low light conditions, wide dynamic range, and good detail in close-range zoom images. It loses out on fine detail and sharpness in most conditions, which has been a limitation of Samsung’s phone cameras for a long time and is partly because of the company’s focus on keeping noise levels under control.

DxOMark yet to test some big Galaxy S10 camera features