Some Galaxy S10 customers have received phones in unsealed boxes

Customers who pre-ordered a Galaxy S10e, Galaxy S10 or Galaxy S10+ have been receiving their units since yesterday. There have been some complaints from customers in the United States about their orders. Quite a few people have said that they received their units in unsealed boxes.

When they took their units out of the shipping box, they found that the seal had already been cut open. That’s unusual because the handset’s box normally has tape on either side that is uncut when the unit is shipped.

Unusual for devices to ship with unsealed boxes

These complaints have largely come in from customers in the United States. It doesn’t have anything to do with one particular carrier as well. Customers who bought them from different carriers have mentioned the same thing. Those who picked up unlocked units noticed some discrepancies with the tape as well.

The reason behind this is not entirely clear. Perhaps a missing manual or screen protector forced the unsealing of these devices once they had been sealed for shipping. None of the reports mention anything about the box’s contents missing so nothing has been stolen. One customer did mention that since the Galaxy S10 box didn’t have any seal stickers, all of the contents had spilled into the shipping box, but fortunately nothing had been damaged. 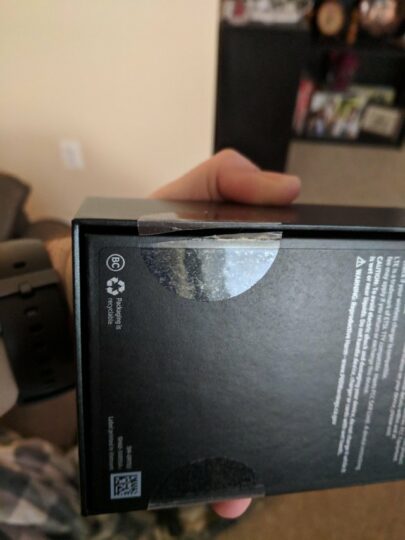 Some customers have reached out to their carriers with the complaints. The customer support staff has told then that the boxes should absolutely not have arrived unsealed. They have either been sent replacements or told to exchange their units at a carrier store starting today as the Galaxy S10 has now gone on sale.

Have you noticed something similar in any other market? Do share your experience with us in the comments below.