Samsung had announced at SDC 2018 last year that it would be rolling out a major update for Galaxy Apps. The update involves a design overhaul as well as a rebranding. Galaxy Apps will henceforth be called the Galaxy Store. As many would agree, that’s a much better name for the app.

The company has rolled out a new update for the app which rebrands it and also brings the One UI redesign. The app adopts the One UI design language nicely and will feel right at home on a Samsung device running Android Pie.

Not much else has been changed except the name of this app. It’s still being used to distribute apps and games for Samsung’s devices. Even though the Galaxy Store branding would suggest that it could eventually offer more than just apps. Whether or not that happens remains to be seen. 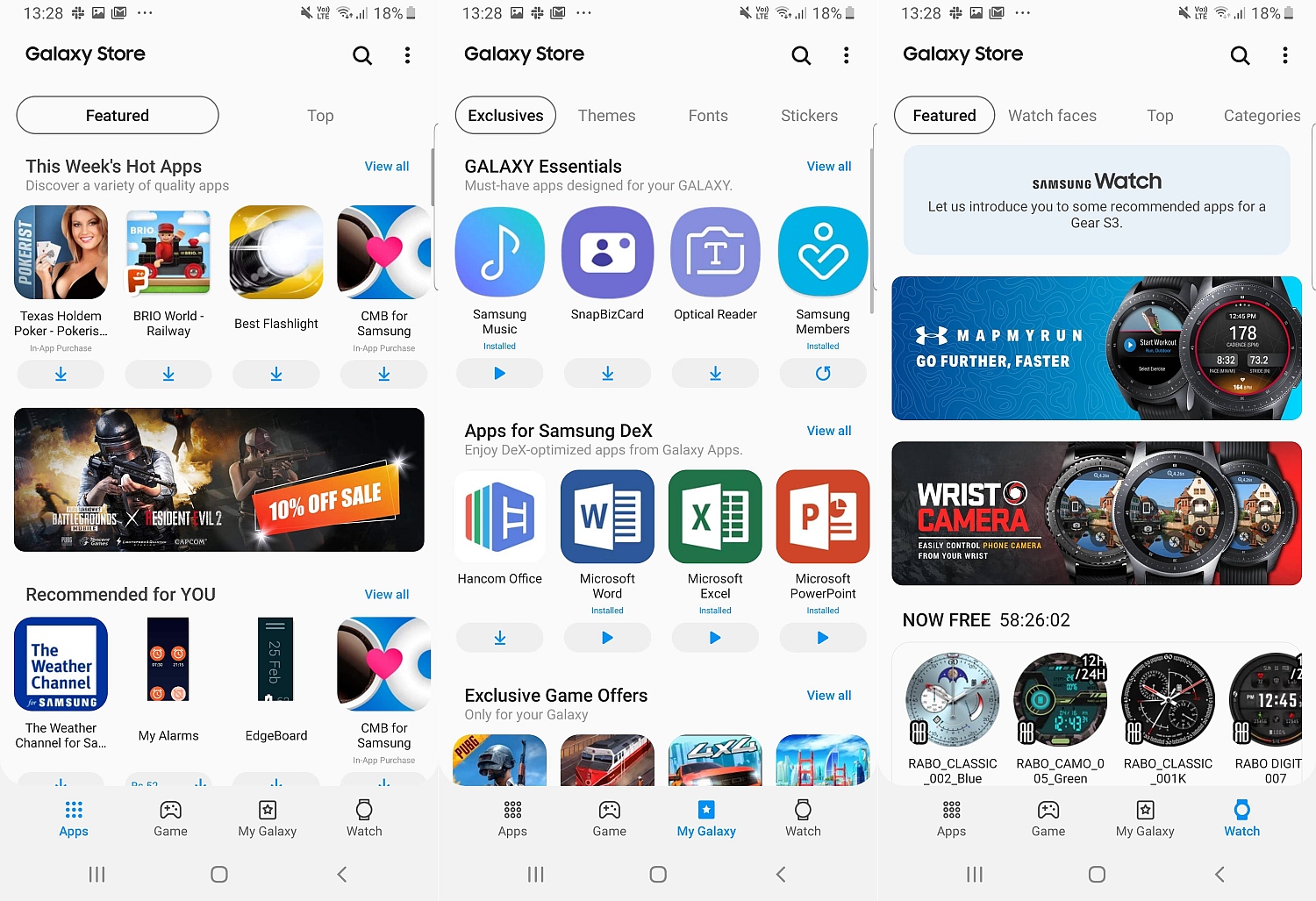 The user interface change is certainly noticeable as the One UI design language is hard to miss. The curvy UI elements and the large headers keep with the overall design aesthetic of Samsung’s Android Pie update. It does appear to be easier to navigate which many users would appreciate as the previous interface didn’t really make navigation easier. The bottom bar offers quick access to the main sections of the app.

The latest version of this app, v4.5.01.7, is now rolling out to Samsung devices running Android Pie. It’s a mandatory update so the old version won’t work when this arrives on your device. Galaxy Store is now available for download from our APK page. It will most likely come pre-installed on the Galaxy S10.