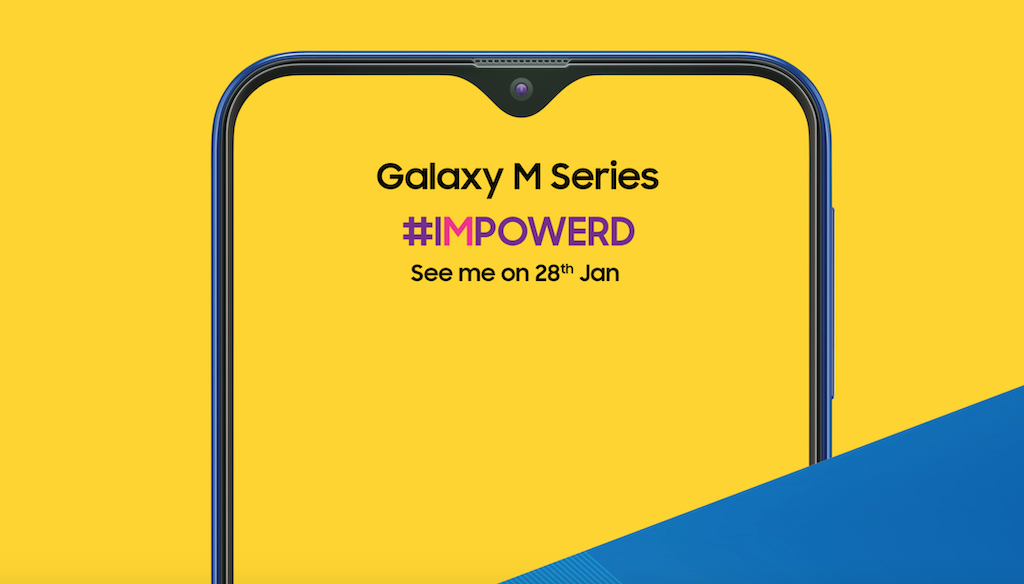 The micro-site came up not too long after a report on the Galaxy M launch. It included comments from Samsung’s mobile head in India who confirmed that these devices will be sold online only in the country.

Previous reports and leaks had suggested that the Galaxy M series would be Samsung’s first with the Infinity-V display. That’s what the company appears to be calling its water-drop notch. The device render on the micro-site clearly shows the waterdrop notch at the top of the flat Infinity display.

This particular model is most likely the Galaxy M20. It’s the only one in the lineup said to feature a dual camera system. Samsung has confirmed that it will have an Ultra Wide camera. The Galaxy M30 will have three cameras at the back while the Galaxy M10 only has one.

It doesn’t reveal the battery capacity but does hint that it will be substantial. Both the Galaxy M20 and Galaxy M30 are expected to feature 5,000mAh batteries. The company also confirms support for Fast Charging over the USB Type-C port.

Given the absence of antenna bands on the device it would seem that the Galaxy M series will be made out of plastic. That’s what we can expect for the entire lineup. With its relatively affordable price tag of under $200, that would be the expectation. Don’t keep your fingers crossed for an OLED display at this price.

The Galaxy M series is going to be launched on January 28. The handsets will be released in India first before they’re made available elsewhere. They will be sold through Samsung’s website and Amazon in India.