It’s not just major features that Samsung is still adding to the Android Pie beta for the Galaxy S9 and Galaxy Note 9. Minor additions and changes are being made as well, and the latest Galaxy S9 beta (software version XXU2ZRLF) brings a new quick toggle for the status bar that lets you switch between the software navigation buttons and the new full-screen navigation gestures that Pie introduces to Galaxy devices. 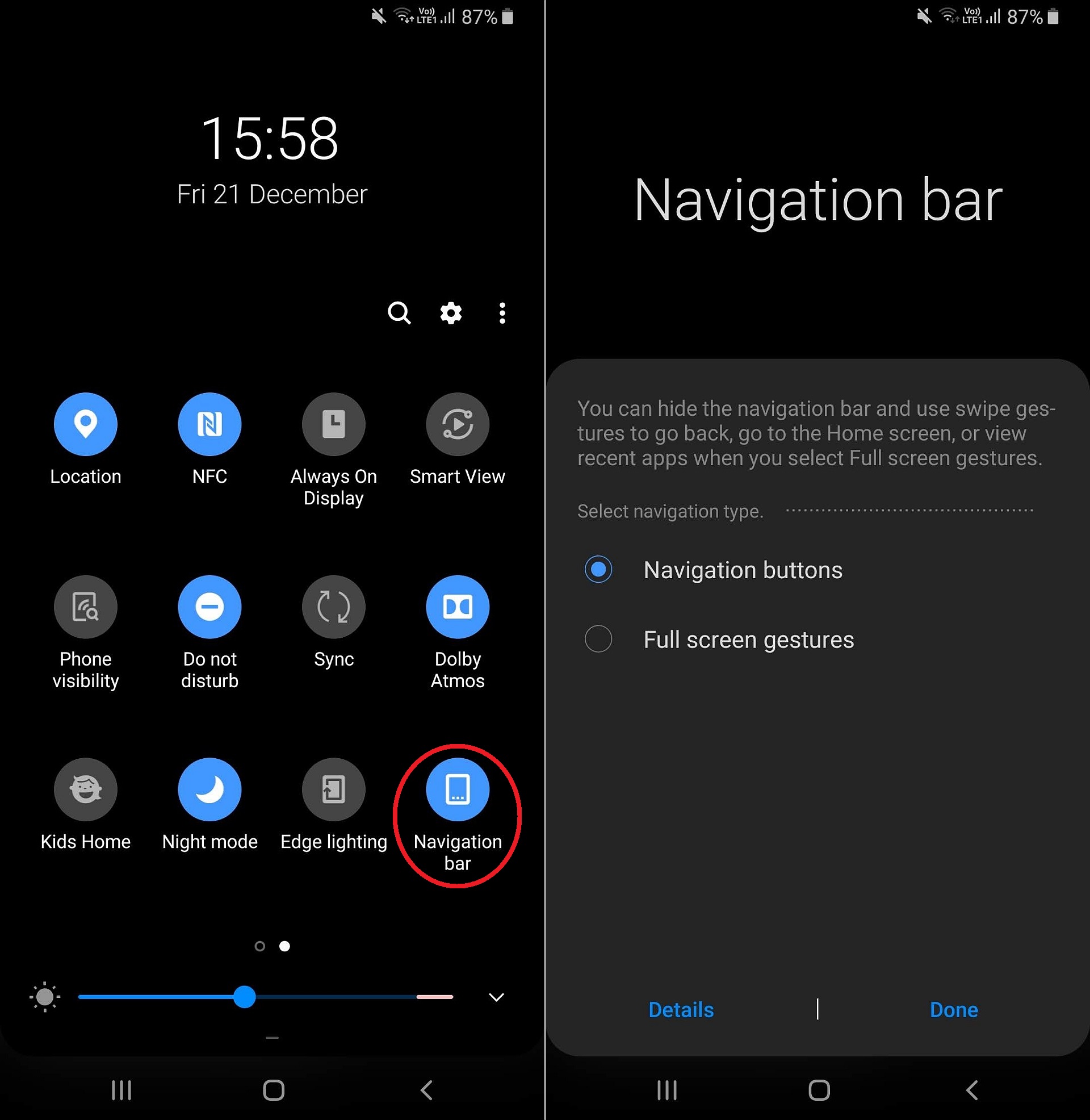 The navigation gestures in Android Pie are a great alternative for those who dislike the software navigation keys taking up part of the screen. They’re easy to get used to as well, but until now, Samsung required users to take a trip into the phone’s display settings in order to switch back to standard navigation keys. The new quick toggle will make things much faster when you want to switch between navigation keys and full-screen gestures.

If you’re running the Android Pie beta on the Galaxy S9, you can find the navigation bar toggle on the second page of the quick toggles panel in the status bar. And don’t forget to check out more of what Android Pie and Samsung’s new One UI interface will bring to Galaxy smartphones.