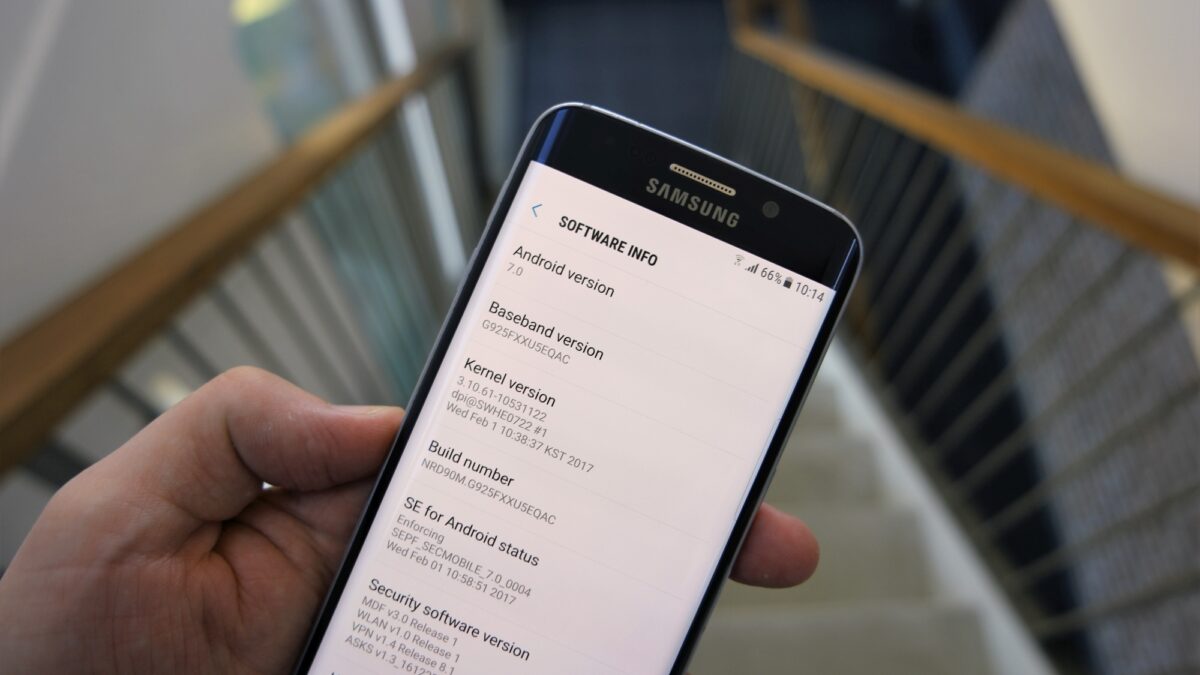 Samsung detailed the November 2017 security patch last week and has since been rolling it out. The patch has been released for the Galaxy A5 and Galaxy A7 (2017). It has also landed on the Galaxy J1 (2016). It’s now being rolled out for the Galaxy S6.

Since it’s a minor security update that only brings security fixes, Galaxy S6 users shouldn’t expect much in the way of new features or tweaks. The November update does fix a crucial Wi-Fi vulnerability, though.

The November 2017 security patch fixes the Krack Wi-Fi vulnerability. It’s a security flaw in the WPA Wi-Fi security protocol so any device that supports Wi-Fi is likely affected by it.

Attackers can use the vulnerability to eavesdrop on traffic between access points and connected devices. There haven’t been any reports of widespread exploitation of this vulnerability so at least people can find some solace in that.

Firmware version G920FXXU5EQK4 is now being rolled out for the Galaxy S6 SM-G920F. It’s out now for the SFR-branded version of the handset in France. The update file is available for download from our firmware section.

It’s only a matter of time before the Galaxy S6 November update is released in other markets.

Update: The Galaxy S6 edge is also receiving the same update in France. The firmware is available from our firmware section.