There have been countless reports about Samsung’s foldable smartphone, commonly referred to as the Galaxy X. The company is expected to release this handset at some point next year. We’ve never really seen a glimpse of what the foldable smartphone’s user interface might look like.

A recent patent application from Samsung might possibly offer us our first look at the interface. The patent includes screenshots of a dual-screen interface, possibly taken from a prototype of the Galaxy X.

There is no shortage of patents related to Samsung’s foldable smartphone but none have included screenshots like we find in this one.

Titled “Electronic Device Comprising Multiple Display and Method for Controlling Thereof,” the patent gives us an idea of what using a device with two separate displays might feel like visually.

The user interface itself appears to be similar to the Galaxy S6 and Galaxy S7. It can be used in both portrait and landscape modes for different usage scenarios. The screenshots show that it’s possible to have apps and even a recent apps menu on each display.

This interface suggests that the foldable smartphone is going to have two separate panels instead of one continuous display panel. If that is the case, the Galaxy X might look similar to ZTE’s recently launched Axon M foldable smartphone.

Samsung filed this patent back in 2016. It goes without saying that if this device is released next year, the user interface will be more in line with the one we find on the Galaxy S8 and Galaxy Note 8.

Still no word as yet from Samsung on when it’s planning on launching this device. 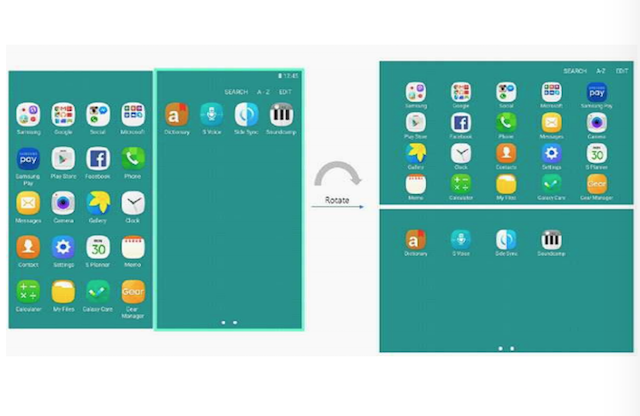 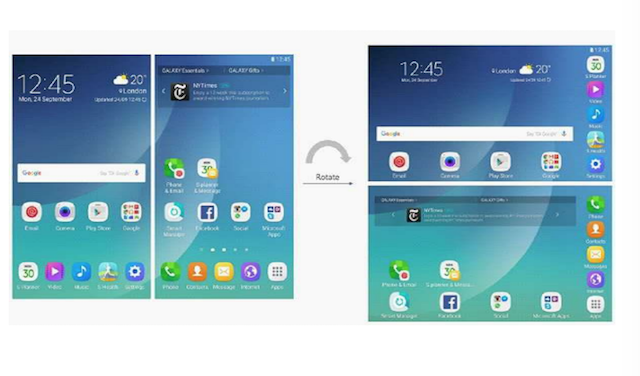 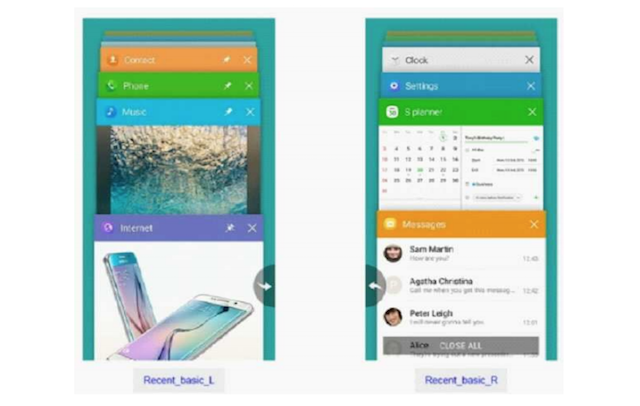 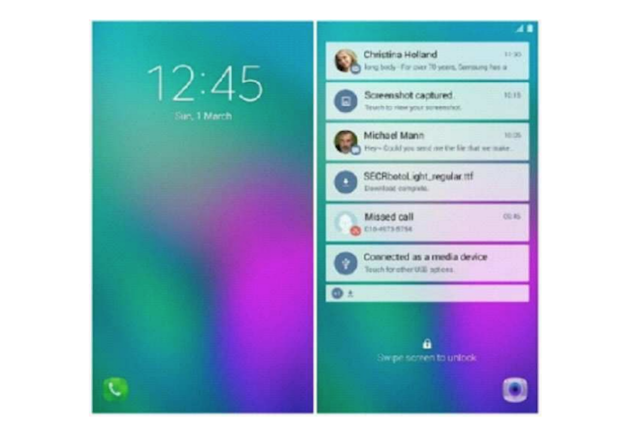 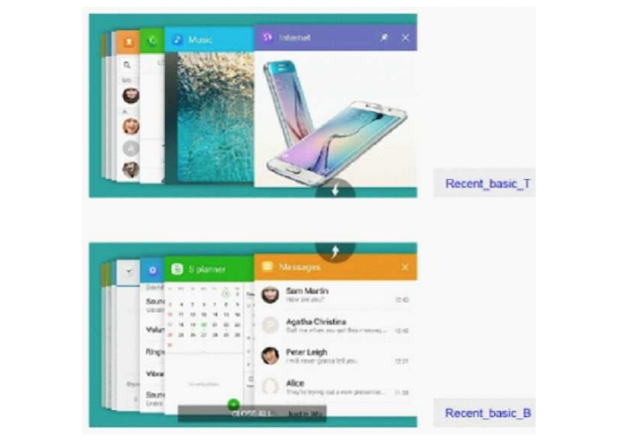