As the Galaxy Note 8’s launch draws near with each passing day, the frequency of the leaks has started to increase. Over the past couple of days, we’ve seen multiple leaked images of the handset while a report brought us claimed “final specs” of the new flagship.

The leaks are certainly not going to end here. We will continue to see more of them until Samsung unveils the device on August 23. The Galaxy Note 8 has been seen yet again today in what appears to be an image that will be used for marketing purposes.

Design wise, the Galaxy Note 8 will be similar to the Galaxy S8 in the sense that the Infinity Display is going to dominate the front of the handset. The only noticeable difference will be the slightly more squared look of the device that has been a hallmark of the Galaxy Note lineup.

We can see in this image leaked by @evleaks that Samsung will even utilize the same marketing strategy for the Galaxy Note 8 that it used for the Galaxy S8.

The marketing images will highlight the handset’s Infinity Display and place it front and center. The S Pen has been thrown into this image for good measure, this is a Galaxy Note handset after all.

Samsung will unveil the Galaxy Note 8 on August 23. Reports suggest that the handset will be released in South Korea on September 15. 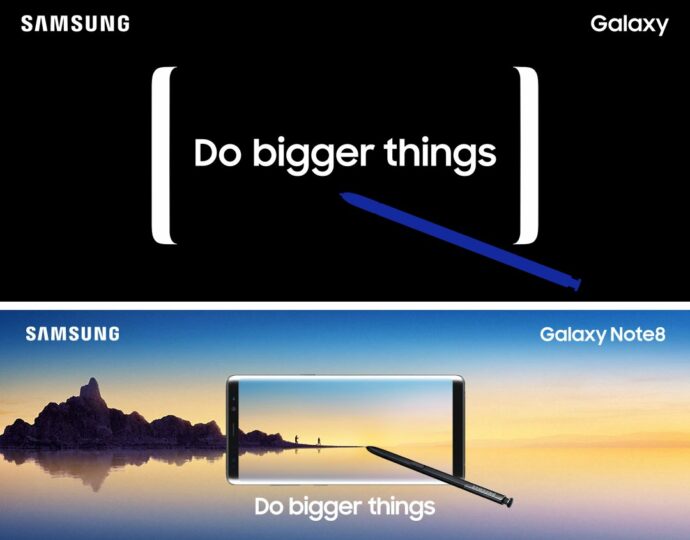