We’ve now been treated to yet another press render of the Galaxy Note 8. The handset is shown in Midnight Black and Gold colors. It also confirms the rumors that we’ve heard so far about the handset’s design.

It’s evident that the Galaxy Note 8 is going to have a 6.3-inch Infinity Display with a rather impressive screen-to-body ratio. There’s a physical Bixby button on the left side and the fingerprint sensor has been relocated to the back since it doesn’t have a home button.

As far as the design is concerned, the Galaxy Note 8 basically looks like a stretched Galaxy S8, and that’s not necessarily a bad thing. The render, leaked by @evleaks, also confirms that the Galaxy Note 8 is going to be Samsung’s first flagship smartphone to feature a dual camera system.

Samsung will confirm more information about the Galaxy Note 8 at its event in New York which takes place on August 23. 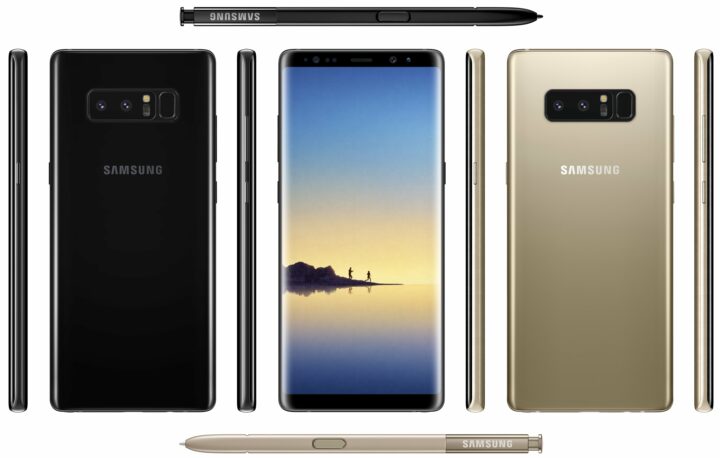