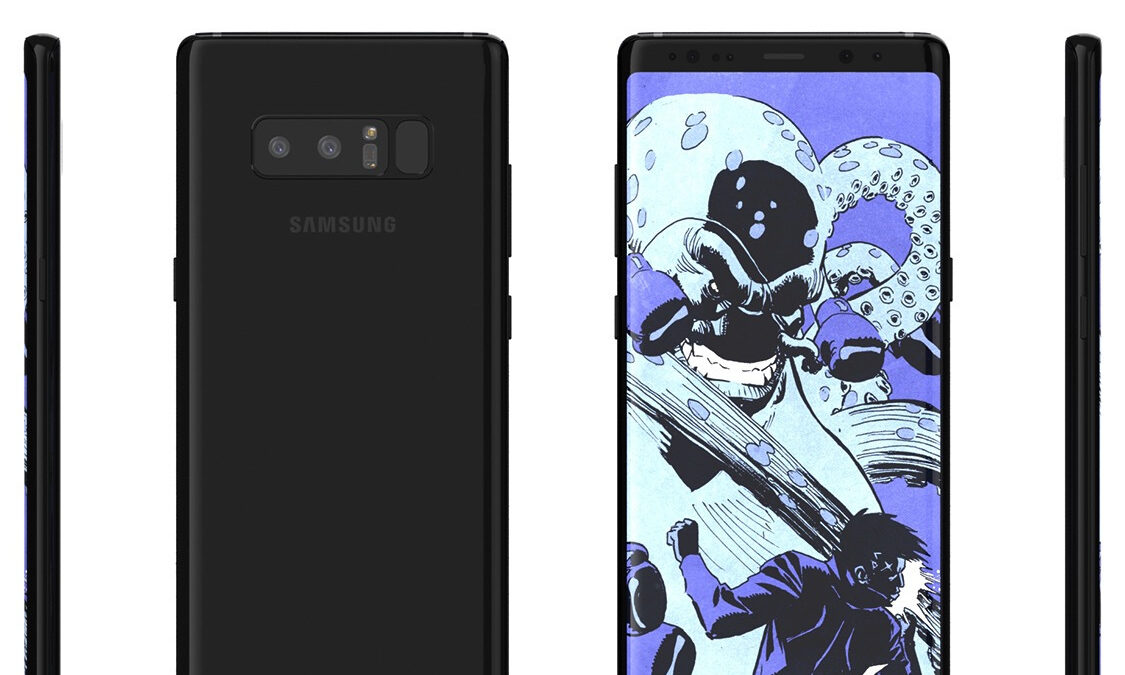 evleaks has just published a render of the Midnight Black version of the Galaxy Note 8, giving us yet another look at the upcoming phablet ahead of its official launch. Sadly, this render doesn’t reveal anything new and only confirms that the Galaxy Note 8 will be indistinguishable from the Galaxy S8+ when you look at it from the front.

Thankfully, we can look to previously leaked renders to get an idea of the Note 8’s design, including the new dual rear cameras. In terms of specs, the Note 8 is expected to be mostly similar to the Galaxy S8+, but with a 6.3-inch screen, possibly 6GB of RAM across all markets, a smaller battery (or the same as the S8, nothing is certain yet), and 256GB of storage on a variant exclusive to markets like South Korea. You can see everything we know about the Galaxy Note 8 in this round-up post.

What do you make of the newly leaked Note 8 render?