There haven’t been a lot of leaks concerning the Galaxy Note 8 so far, at least not as many as we saw earlier this year in the days leading up to the Galaxy S8’s launch. Nevertheless, there has been a constant stream of rumors and reports which have painted a fairly plausible picture of what to expect from Samsung’s next flagship phablet.

The Galaxy Note 8 is essentially going to be a stretched Galaxy S8 and that’s not exactly a bad thing, considering the fact that the Galaxy S8 probably has one of the best industrial designs of any flagship smartphone on the market today.

New purported renders of the Galaxy Note 8 have been leaked online today. They’re not official renders, though. They have been made by a third-party case manufacturer. The cases are said to be based on genuine schematics that leaked from the factory.

We can see in the renders that the Galaxy Note 8 will tout an impressive Infinity Display that’s reportedly going to measure 6.3-inches. It’s likely to have a physical Bixby button as well. The top bezel will feature the front camera and the iris scanner.

In line with recent rumors, the back shows a dual camera system separated from the fingerprint sensor by the heart rate sensor that’s placed in between the two. The edges of the handset appear to be rounded off similar to how they are on the Galaxy S8 and Galaxy S8+.

Samsung is expected to unveil the Galaxy Note 8 in the coming weeks. It’s yet to confirm when the launch event will take place. 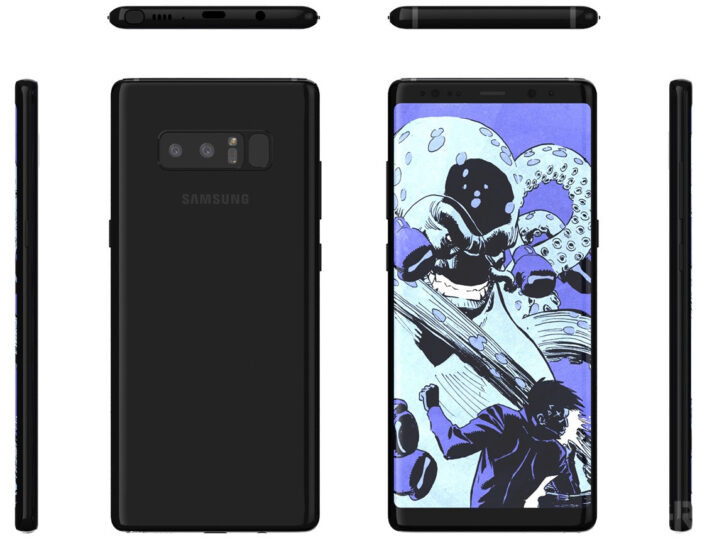 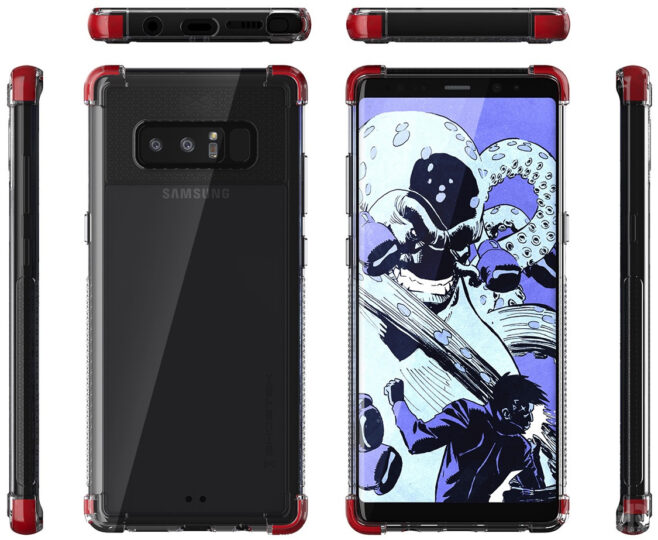