Another day, another leak concerning the Galaxy Note 8. We’ve heard so much about this device already and it goes without saying that we will hear more about it in the days to come. The rumor mill already believes that the Galaxy Note 8 is going to have a lot of design similarities to the Galaxy S8.

It’s believed that the Galaxy Note 8 is going to feature a 6.3-inch Infinity Display. Samsung introduced its Infinity Display with the Galaxy S8 this year. It’s a dual-edge curved display that’s almost bezel-less. Samsung also did away with the home button and its logo on the front of the device to further increase the screen-to-body ratio.

Images of the purported front panel of the Galaxy Note 8 have been leaked online out of China. It’s evident at first glance that the Galaxy Note 8 is simply going to look like a Galaxy S8 that has been stretched from both ends. Then again, it’s not like that would be a bad thing. The Galaxy S8 has an impressive design that feels really great in the hand.

It merits mentioning here that the leaked panels you see here may not necessarily belong to the Galaxy Note 8 that Samsung unveils in a couple of months. The company is known for testing multiple prototypes of its new flagship smartphones so nothing is set in stone just yet. Who knows, the Galaxy Note 8 may come with some design changes after all. 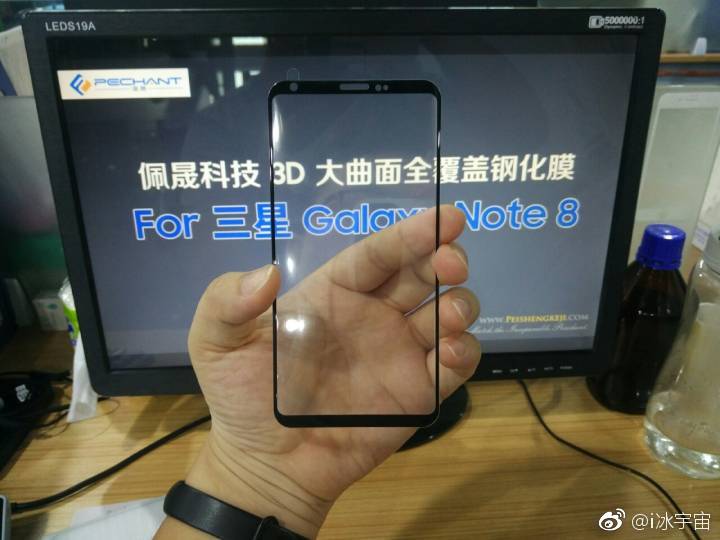 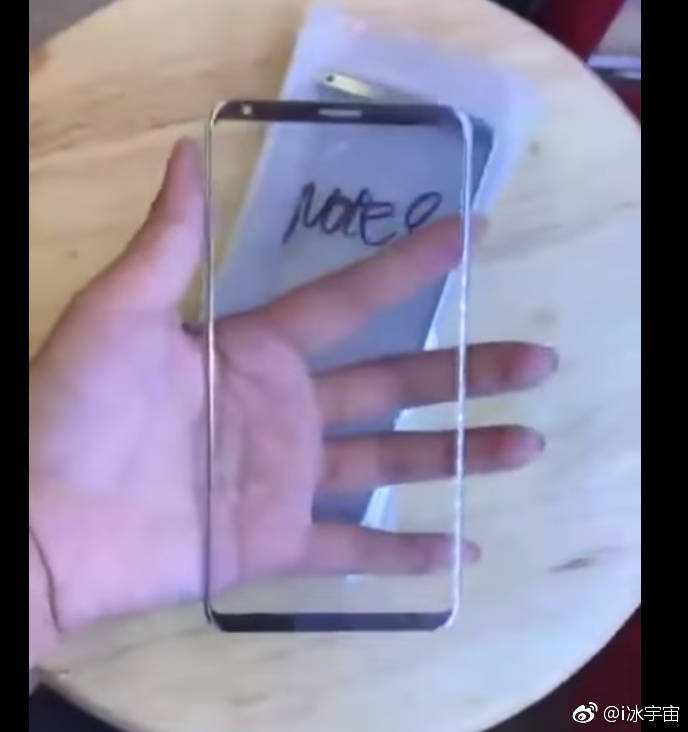