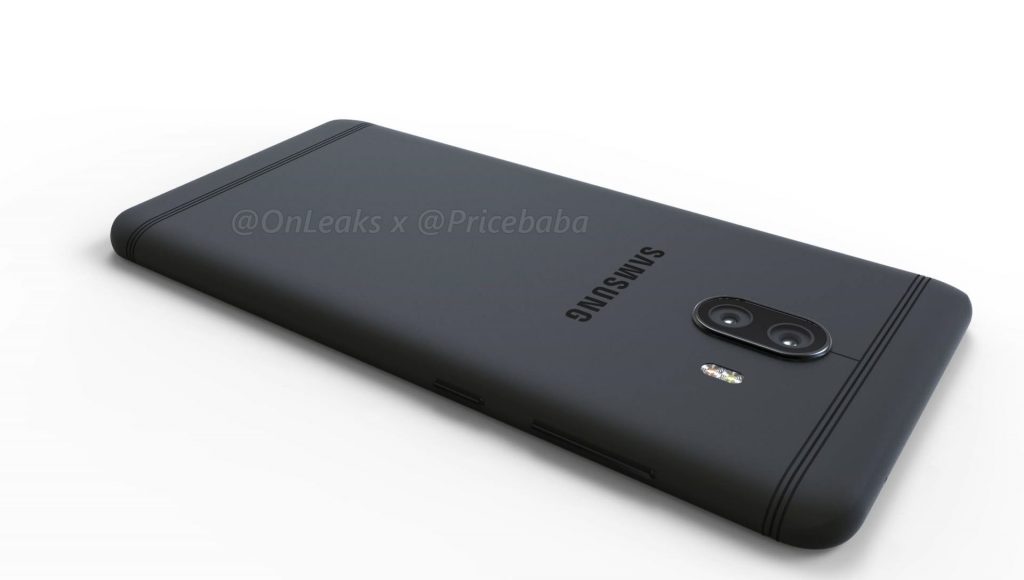 We had reported last month that Samsung is working on two new smartphones: Galaxy C10 and Galaxy C10 Plus. It was also reported that the Galaxy C10 could be the company’s first smartphone with a dual-camera setup. A few weeks later, CAD renders of the Galaxy C10 surfaced online. Now, specifications and pricing of the device have been leaked.

Asia Business Daily is reporting that the Galaxy C10 will come equipped with the Snapdragon 660 processor along with 6GB RAM. Samsung could also use the in-house Exynos 7872 chipset of it couldn’t get its hands on enough Snapdragon chipsets in time for the launch. It is expected to feature a 6-inch 1080p Super AMOLED display, 64GB/128GB storage, and a 4,000 mAh battery.

The Galaxy C10, which is already in the testing phase, could also be the first mid-range phone from Samsung to come with a dedicated Bixby button. Its dual-camera setup reportedly consists of a wide-angle + telephoto sensor arrangement. The 64GB storage variant of the Galaxy C10 could be priced at CNY 3,499 (approximately $515) in China.

Unlike the Galaxy A series smartphones, Samsung’s midrange Galaxy C series phones don’t get much attention from the press and the public due to their limited availability. We’ve been hearing reports about a new Galaxy C series handset for quite some time now and one appears to have surfaced on the benchmarking website AnTuTu. New Galaxy […]

According to relatively reliable Twitter tipster @mmddj_china, Samsung has started testing another smartphone with a dual-camera setup, which is believed to be the upcoming Galaxy C7 (2017). The Galaxy C7 (2017) joins the Galaxy C10, Galaxy J7 (2017) and much-anticipated Galaxy Note 8 on the tipster’s rapidly-growing list of smartphones that will sport two-sensor modules, […]

Samsung will bundle a dual-camera on its “next” Galaxy A and Galaxy C series smartphones, according to a relatively reliable Twitter tipster. The handsets are expected to hit the shelves shortly after the upcoming Galaxy Note 8, which should debut the firm’s dual-camera setup. Unfortunately, we don’t know know exactly what the next Galaxy A […]

Over the course of the past couple of weeks, we’ve seen the upcoming Galaxy C10 pose in an abundance of renders, and now yet another fan-made video based on CAD schematics has surfaced online, which also appears to corroborate early rumors pointing towards the handset being Samsung’s first smartphone with a dual-camera setup. According to a recent […]