[Update: Not rolling out] Nougat update arriving on the Galaxy S6 and Galaxy S6 edge in India

Samsung is pushing out the long-awaited Nougat update for the Galaxy S6 and Galaxy S6 edge in India. As expected, the upgrade bundles all of the stock features baked into Android 7.0, in addition to a multitude of additional bug fixes, speed optimizations and stability improvements.

This news comes shortly after an identical release was distributed in Europe, following what felt like endless delays — so it’s certainly nice to see Samsung deliver on its promise to push Nougat to the Galaxy S6 and Galaxy S6 edge, even if it is likely their last major OS upgrade.

Update: Unfortunately, it turns out that Samsung isn’t distributing the Nougat update for the Galaxy S6 and Galaxy S6 edge in India just yet. Since we don’t have units for every country, we can’t manually confirm every claim. However, we will certainly try to be more alert in the future. Sorry for any confusion caused. 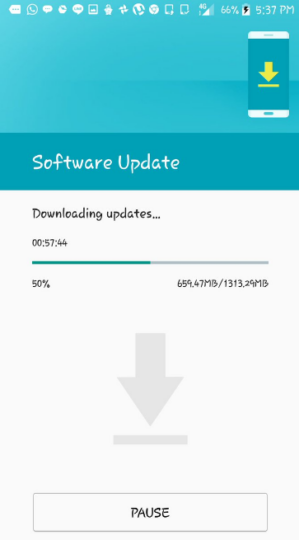 More news »
Exclusive: Samsung ending Bixby Voice support for Android Nougat and Oreo By Adnan F.|7 months ago
Can I charge my Galaxy S6 wirelessly? Absolutely! By Adnan F.|1 year ago
10 years of Samsung Galaxy S flagships: Looking back at the Galaxy S6! By Abhijeet M.|1 year ago
Galaxy S6 continues to get security updates, almost four years later By Abhijeet M.|1 year ago
SamMobile Shop
Opinions More »
Features I want to see in the camera app on Galaxy smartphones
2 days ago