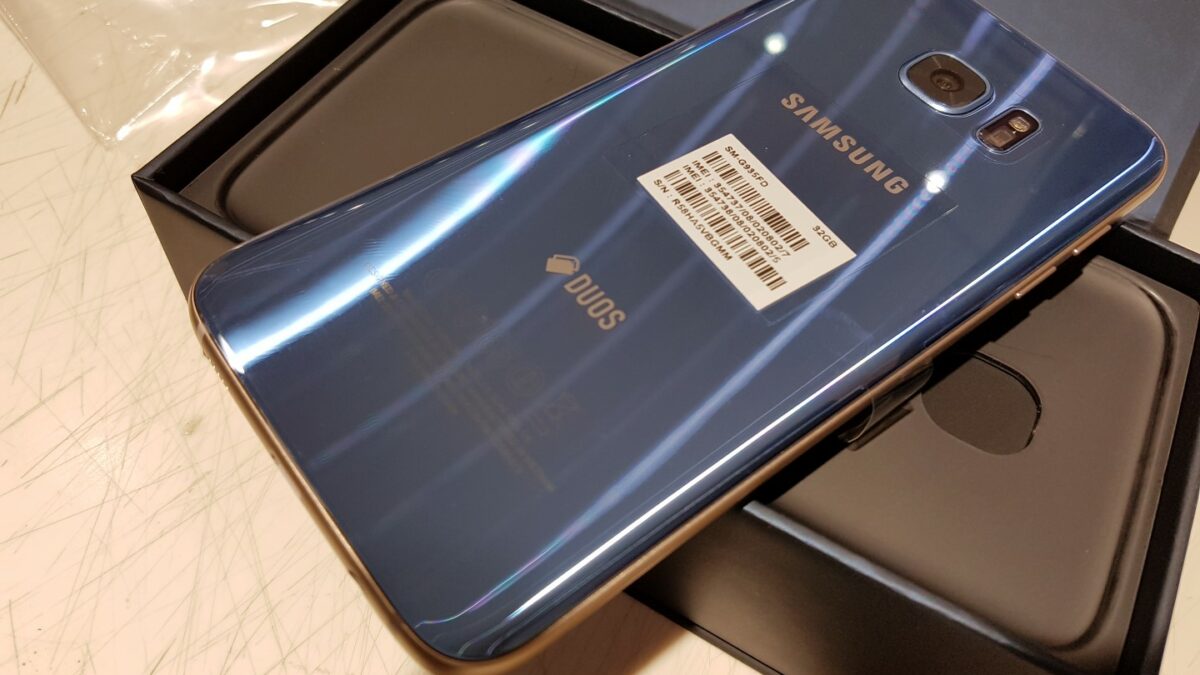 Samsung’s “Galaxy” is expanding, as can be seen by the sheer number of devices Samsung manufactures annually, the cross-platform compatibility of its devices with other platforms such as iOS and Windows Mobile, as well as the birth of Samsung’s very own Tizen OS. And, with each new high-end “Galaxy,” Samsung is known for bringing new color options.

First, let’s start with the retro color option. The Galaxy S6 and Galaxy S6 edge arrived in 2015 with a Black Sapphire color option that would turn black or blue based upon the angle in a lit room or even in sunlight. It is a color that was carried over to the Galaxy Note 5 but eliminated with the announcement of the Galaxy S7 and Galaxy S7 edge nearly a year ago now in favor of Black Onyx.

Now, don’t get me wrong, Black Onyx is a lovely color. It is a solid black color, and some buyers like the color enough that they don’t mind buying another phone that bears a black color. But, in my view, when compared to the former Black Sapphire color, Black Onyx is standard, expected, somewhat dull. I mean, how many phones have we seen in the “Galaxy” that arrive in a typical Black color?

And Black Onyx is a good color with a name of confidence, but it’s standard.

Black Sapphire was an unexpected color because it would change color in light. That’s what made it pleasant to look at. That is missing with the Black Onyx color option, even if some deem solid colors better than mixed ones. I do like solid colors such as Green Emerald as well, by the way, so I’m not biased against solid colors (it’s just that I really like the Black Sapphire color option better than the solid Black option that I’ve seen on smartphones with every new announcement). I’d also like the return of the Green Emerald option too.

Well, apart from the return of the Black Sapphire color option, I’d like to see a new option arrive alongside of the Blue Coral color option for the Galaxy S8 from the announcement: that is, the arrival of a Crimson Red Galaxy S8 color option. And by “red,” I’m not referring to the Limited Edition Iron Man Galaxy S6 edge shade that shows off a dark red hue neither the Merlot Red color option for the Galaxy Note 3 nor the AT&T-exclusive Red Aurora Galaxy S4. The red Christmas Edition of the Galaxy Note 4 is as close as it comes in Samsung’s “Galaxy” to the red I’m looking for, though it’s still too dark.

Here’s a chart to show my preferred color, Crimson Red, in relation to other red shades.

I want a brighter shade of red that isn’t a dark color but a bright color, a Crimson Red color option for the Galaxy S8 and Galaxy S8 Plus. And, in the same fashion as the Blue Coral Galaxy Note 7, I’d like to see the Crimson Red Galaxy S8 also feature a gold trim with the words “Galaxy S8 Plus” (yes, I’m ready for the 6-inch screen) written in Gold.

A return to the Black Sapphire and the arrival of a Crimson Red color option would give a little bridge to the past while building a new one for Samsung’s lineup. The color red has always been a headturner, and with Crimson Red, gold trim, and the dual-curved edges, the Galaxy S8 will be a phone that no buyer can deny.