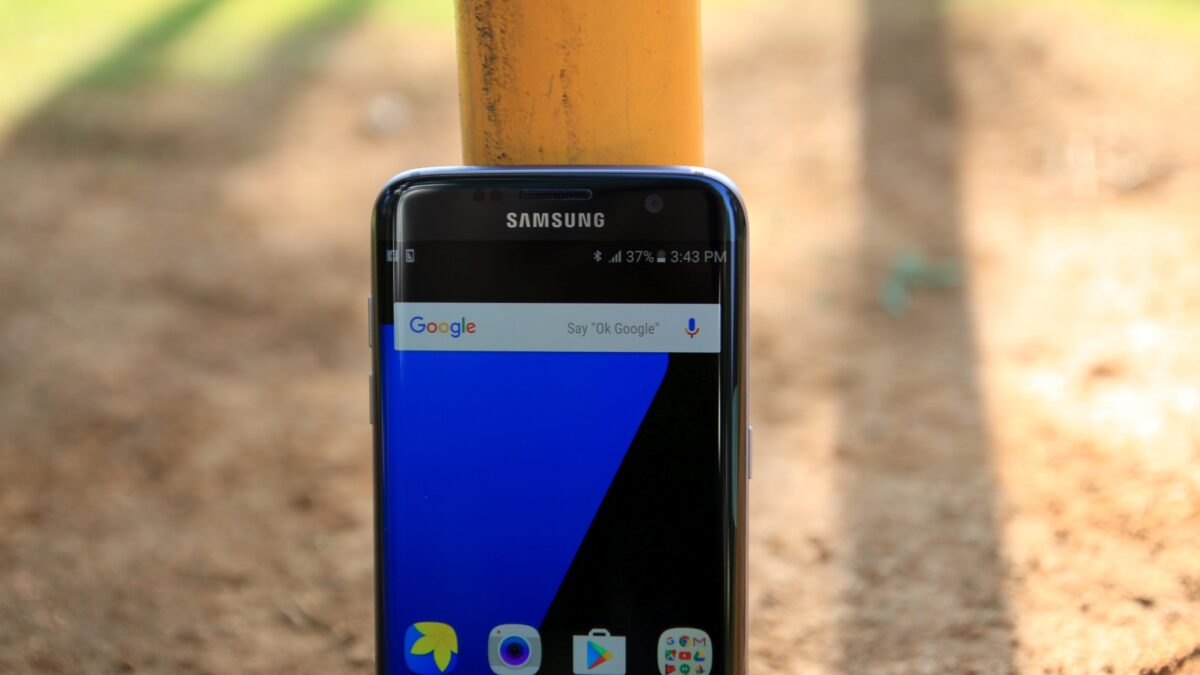 The battle of the 3.5mm headphone jack has been ongoing, with proponents of both wireless, Bluetooth and headphone jack advocates in deep discussion about whether or not Samsung would continue the feature in the Galaxy S8 since a number of companies such as Motorola, Apple, and even HTC are discontinuing it in smartphones such as the Moto Z, iPhone 7 and iPhone 7 Plus, and the HTC Bolt.

We said several weeks ago that there was a strong possibility that the Galaxy S8 would lack the long-cherished 3.5mm headphone jack. Today’s leak, courtesy of Slashleaks, shows an interesting conclusion on the headphone jack/ no jack debate. The case leaked shows some design changes that will differ from the Galaxy S7, S7 edge, and now-deceased Galaxy Note 7. First, there will be three buttons on the left side of the phone (Volume Up, Volume Down, Power/Standby), which matches a case render from Ghostek showing three left-side buttons.

Next, there is the camera on the back in its usual cutout spot, with a slight slot above it that may refer to a flash/heart rate monitor slot. Of course, it is in a different position than that of the Galaxy S7 and S7 edge, but it’s there. This differs from the Ghostek render we saw earlier, however, so there are still some questions about the Galaxy S8 that need sorting out. The microSD card slot returns to the Galaxy S8 at the top, so Samsung is set on giving the microSD card a much-welcomed return.

The most interesting examination of this new Galaxy S8 case shows the bottom of the case (finally!) featuring the USB-C port on the far bottom right as opposed to the bottom middle (continuing the USB-C port found in the Note 7, and – to the celebration of many – the 3.5mm headphone jack is returning. The speaker is placed on the far left, a change from the right-side speaker found in Samsung’s 2016 Galaxy lineup.

What we can draw from this as opposed to the Ghostek render is that casemakers are always producing renders based on rumors and what they deem as credible information. Though I’m inclined to agree with Slashleaks and his case photos as regarding the Galaxy S8, some things will remain up in the air until more information surfaces.