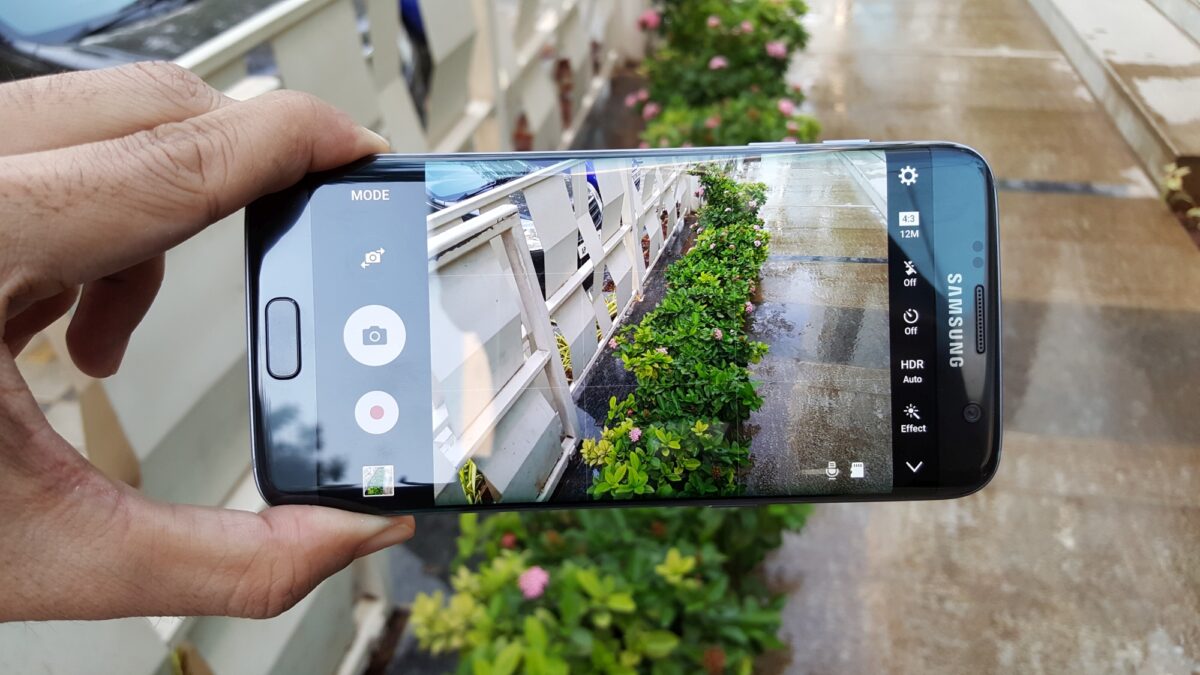 The dual camera setup on smartphones is becoming a trend, with a few manufacturers such as LG (G5, V20), Huawei (P9), and Apple (iPhone 7 Plus) having jumped into the race. And, with Samsung being the most dominant player in the Android scene, it’s natural to wonder if (and when) Samsung will ever enter into the dual camera competition with its rivals (perhaps the Galaxy S8 Plus will present such an opportunity).

The claim behind the dual camera setup is that, with smartphones getting thinner and lighter these days, a single lens cannot provide the optical zoom that could come by way of a second rear camera designed for it. Smartphone cameras should be as thin as smartphones themselves (few want a camera bulge as an acceptable design), and the key to that is to thin out the camera along with the smartphone. To do that, though, one either has to find a new way to stack sensors or eliminate some.

Optical zoom is a plus for photography professionals and quality photos in general, but it would require making smartphone cameras larger (thereby creating the dreaded camera bulge). Create a second camera that’s equipped with lossless zoom, however, and presto – you’ve got the perfect second camera that everyone wants. It is also the case that secondary rear cameras improve bokeh, that sexy blurriness that true photography lovers never stop loving. Better bokeh effects are all part of the appreciation of photography as an art form.

If the primary rear cameras don’t perform well, what makes the consumer put any faith in OEMs to get the secondary rear cameras right? You can’t start a second garden, for example, and leave the first garden in shambles.

Samsung’s Galaxy S7 and S7 edge, though, are the best of the best this year in mobile photography, so it makes sense for Samsung to perhaps stick with a single rear camera for the Galaxy S8. The impression sent by the dual-camera-drooling crowd is that single rear cameras are “so 2015,” but Samsung’s “Galaxies” this year have shown that mobile photography for primary rear cameras has not yet been exhausted. I wish other manufacturers would take notes.

There will come a time though, when, like USB Type-C charging, Samsung will make a decision to step into the dual camera race. Only a dual-camera “Galaxy” can make a Galaxy out of the dual-camera, and I hold this view for a few reasons. Let’s look at them below.

With a higher aperture, photos will come out less than stellar (in other words, they won’t have the appeal of photos with lower apertures). I’m looking for a smartphone with a dual-camera setup that doesn’t compromise lowlight performance on either rear camera, and a dual-camera Galaxy will do just that.

Next, a dual-camera “Galaxy” will make a Galaxy out of the dual camera by way of its megapixel count. Secondary rear cameras can provide a great “panorama” view of a scene, but their lack of sufficient zoom quality makes them a pain to use at this point. Megapixel count isn’t everything, but it helps to have photos that show greater detail because they have greater zoom than photos with a smaller (and reduced) megapixel count.

A dual-camera “Galaxy” will make a Galaxy out of the dual camera by revamping the panorama camera mode. The current implementation as it is on smartphones mandates you pan around the scene with your smartphone as the camera “stitches” each small scene together to make a large one. The scene, in the end, doesn’t come out cleanly. Perhaps the best way to make the most of a dual-camera setup is to provide a secondary rear camera that can capture the sweep of a scene without needing me to “manually pan around.”

Last but not least, a dual-camera “Galaxy” will make a Galaxy out of the dual camera setup by providing a 360-degree, VR mode that lets you take 360-degree photos without needing another camera. The goal of smartphone cameras has been to help DSLR users replace them with their mobile phone instead. While we now have 360-degree cameras such as the Gear 360, some users still want to do everything with their smartphone.

It is for these reasons that I believe a dual-camera Galaxy, when Samsung chooses to unveil it, will make a Galaxy out of the dual camera setup. Current dual-camera smartphones are trying to figure out what purpose a secondary camera should serve, and, even then, provide questionable photo quality. Samsung’s 2016 Galaxy lineup is already making the case for the purpose of smartphone cameras. Now, Samsung need only add a secondary rear camera with VR capabilities and make secondary cameras rival primary rear cameras. In so doing, Samsung’s “Galaxy” would create a ripple effect throughout the smartphone world, and make a “Galaxy” out of the dual camera.

And the real significance of dual cameras is just what consumers are waiting on. A dual-camera Galaxy will give purpose to what is merely a hardware race for now.

There’s a lot of confusion these days concerning Samsung’s first dual camera smartphone. It was be …