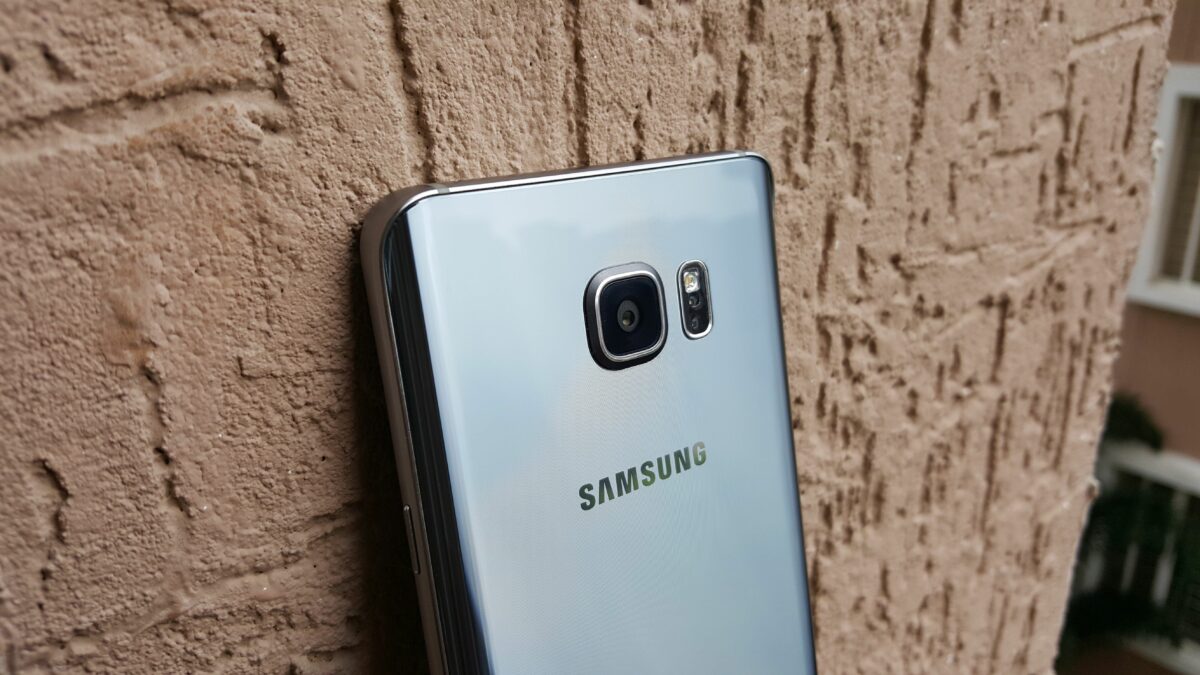 Yesterday, a leak from @evleaks suggested that the Galaxy Note 7 will be available in a new Blue color variant, while also introducing iris scanner for the very first time in the Note series. The latest leak from China has now substantiated some of the previously leaked hardware specs of the Galaxy Note 7.

This new leak has mentioned the presence of a Snapdragon 821 SoC (2.3 GHz quad-core) along with Samsung’s own Exynos 8893 chipset (2.6-2.7 GHz octa-core). We expect the Exynos models to be focused on the developing markets while regions like the U.S. will probably end up getting the Snapdragon model of the Galaxy Note 7.

The leak also reiterates that the Galaxy Note 7 will feature a 5.7-inch Quad HD Super AMOLED display, 6GB of LPDDR4 RAM, 64/128/256GB of internal storage with a microSD card slot, a 12-megapixel dual-pixel phase-detection rear camera, a 5-megapixel front camera, a 4,000 mAh battery with fast-charging support and Android 6.0.1 Marshmallow with the new Grace UX. This will be Samsung’s first mobile device to feature a USB Type-C port, thus ditching the micro USB port for good.

The Note 7 is also expected to debut an all-new S Pen stylus with Samsung Pay. The handset should be water/dust resistant as well (IP68 certified). The flagship is expected to be announced by early August, so the wait shouldn’t be too long from now. 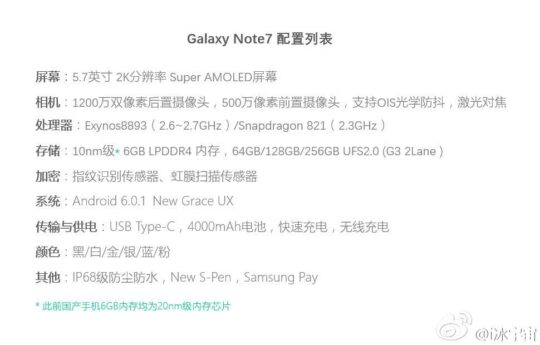