Samsung has been, slowly but surely, dishing out the long-awaited Marshmallow update to all eligible smartphones in its 2015/2016 lineup, and it now looks like the Galaxy A8 will be the next major handset to receive the firmware as the device has just been granted Wi-Fi Certification running the latest build of Android 6.0.1.

Typically, once a device passes through the Wi-Fi Certification facility and receives approval for an upgrade, manufacturers start pushing out an OTA within just one-to-two weeks — so if you own a Galaxy A8, you shouldn’t have too much longer to wait until you can start playing around with all the new functionality Marshmallow has to offer. 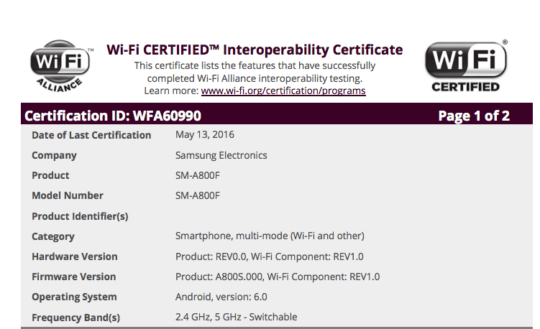