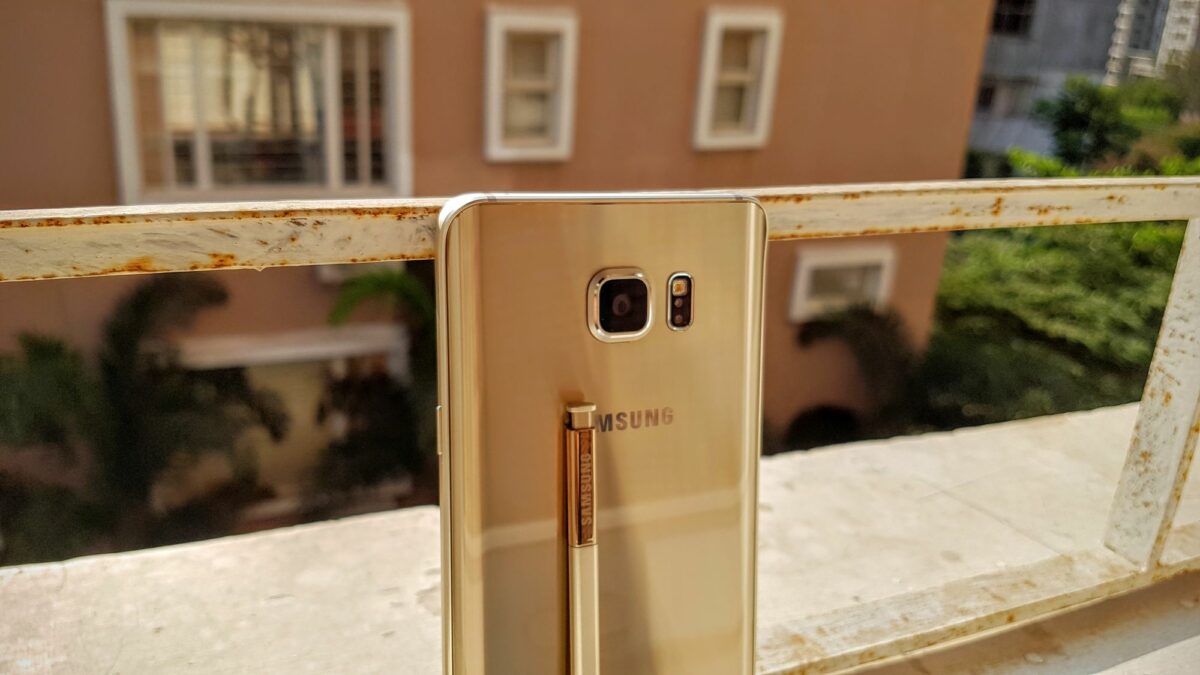 Samsung isn’t due to unveil the Galaxy Note 6 until the fall but rumors and reports are already coming in about the company’s next-generation phablet. The latest, originating from China, suggests that the Galaxy Note 6 will be powered by a 64-bit Kryo 2.6GHz quad-core Qualcomm Snapdragon 823 processor with Adreno 530 GPU and up to 8GB of RAM.

It appears to be a bit implausible because Samsung won’t really be competing against the Snapdragon 823 with the Exynos 8890, which is its flagship high-end processor. Because no new Exynos processor has arrived after this one it’s likely that Samsung might not opt for the Snapdragon 823 for the Galaxy Note 6. There’s not a lot of information available on the SD823 right now but it’s believed to be the same as the Snapdragon 820 model running on a higher clock.

Samsung could come out with a similar version of the Exynos 8890 but it can’t be said for sure unless there’s some official confirmation from the company. In fact, given the performance differences between the Exynos and Snapdragon variants of the Galaxy S7 and S7 edge, the Korean giant might just choose to stick to the same Exynos chip while bringing in the Snapdragon 823 to replace the Snapdragon 820. Of course, that will only help if the company hasn’t deliberately limited performance on the Snapdragon model of the S7 duo.

Meizu and Samsung have quite a history together. The former’s high-end smartphones have been using Samsung’s Exynos processors for quite some time. Now, the Chinese smartphone brand has unveiled its latest flagship smartphone, the Pro 6 Plus, and it uses Samsung’s latest Exynos 8890 chipset. The Meizu Pro 6 Plus features a 5.7-inch QHD AMOLED display, […]

Samsung has reportedly started testing its next-generation mobile processor and if reports are to be believed, it’s an absolute beast. The Exynos 8895 is said to be built on the 10nm process with a 30 percent increase in performance compared to the Exynos 8890. Test batches of this processor are reportedly hitting staggering peak speeds […]

Canada gets the Snapdragon 820 processor inside the Galaxy Note 7

Samsung released the Galaxy S7 and the Galaxy S7 edge to Canada with an Exynos 8890 processor but it has shuffled things around for its latest handset. It appears that the Galaxy Note 7 that Samsung is going to release in Canada is actually powered by Qualcomm’s Snapdragon 820 processor. It was initially believed that Canada […]

Samsung appears to be testing a new Exynos processor

Import logs often reveal the components that Samsung runs tests on so they are a great source of getting an idea of what we can expect from the company down the line. Latest data from Indian import tracker Zauba shows that Samsung has imported a pair of boards in the country and the Exynos 8895 […]